When a first class letter cost 3 cents, a penny post card was a less expensive way to send a greeting.  Banks used them to clear draft accounts.  Cheers, good news, announcements of arrivals, details of meetings, the events of daily life were innocently open. 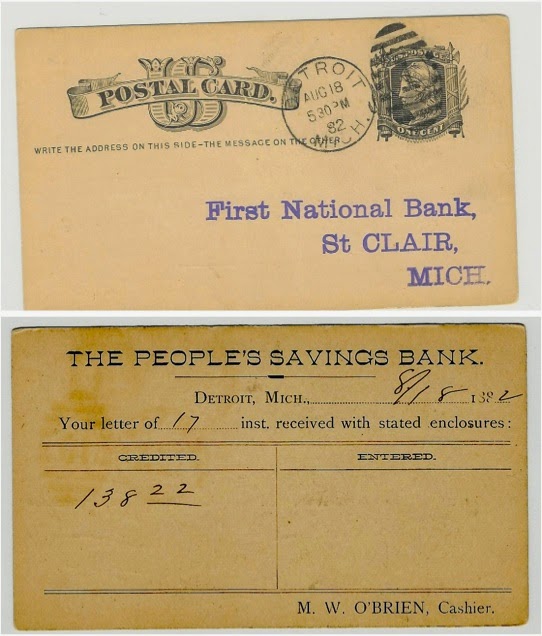 Of course, most governments, even the bad ones,  were smaller than today.  "Gentlemen do not read each other's mail," said Henry L. Stimson, when he served as Secretary of State for President Herbert Hoover, and closed the American "Black Chamber" of cryptography. 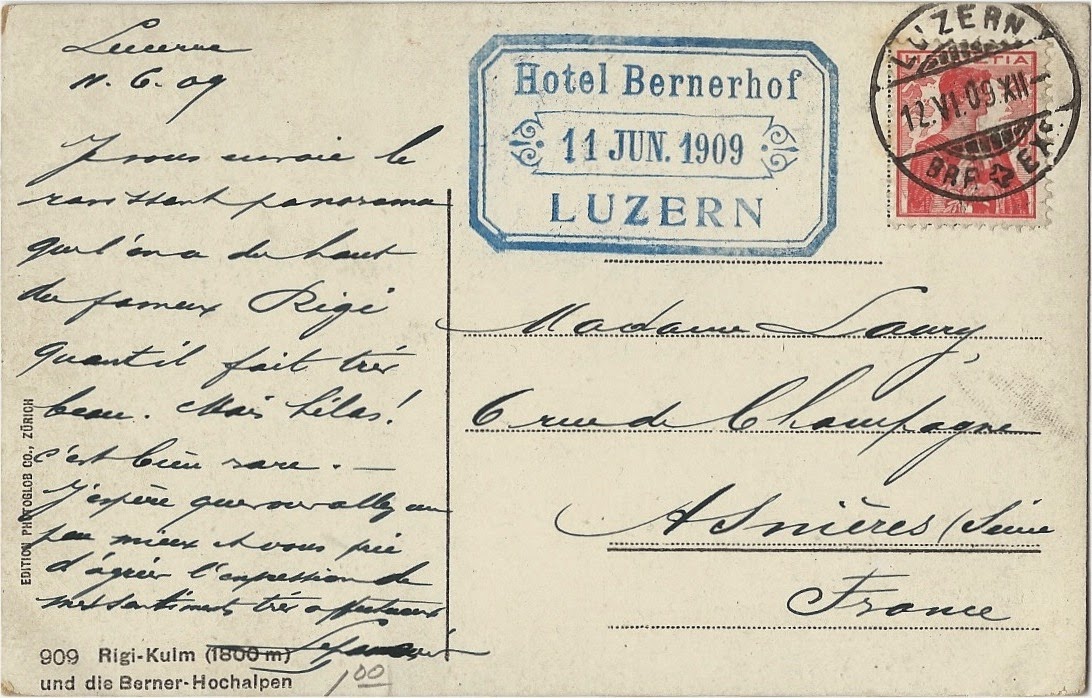 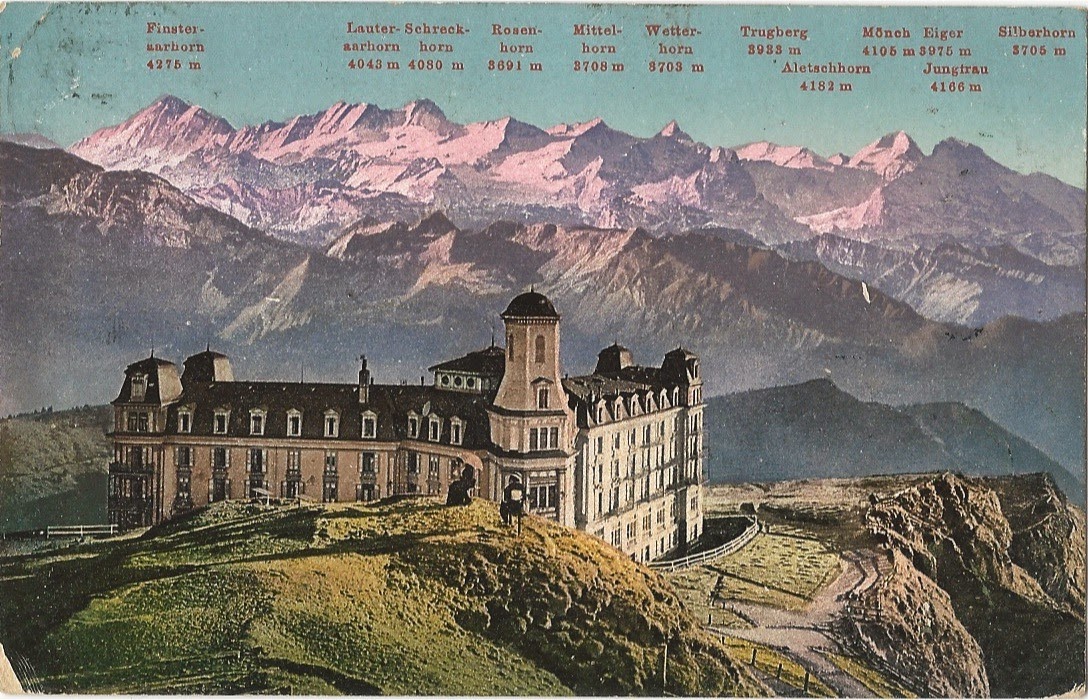 Compared to the collecting of classic U.S. Federal coinage of the 19th and 20th centuries, stamps, covers, post cards, and other philatelic materials are inexpensive.  Rarities of high value do sell at important auctions, but generally, for the price of a common slabbed Morgan Dollar, you can buy more than you can carry at a stamp show. 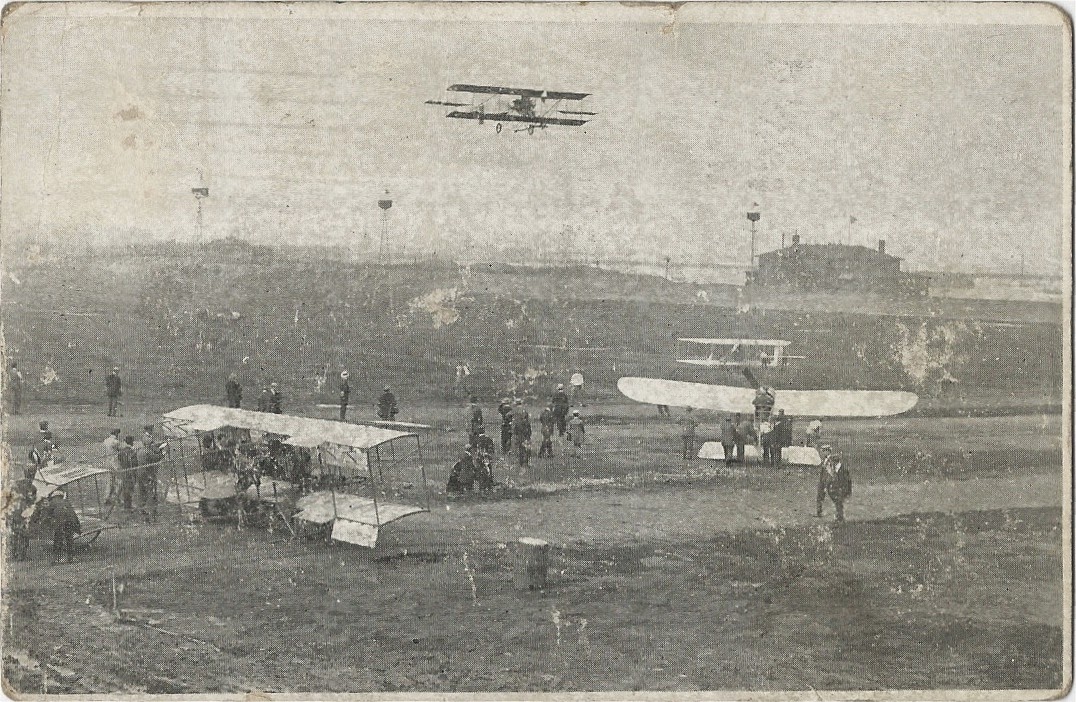 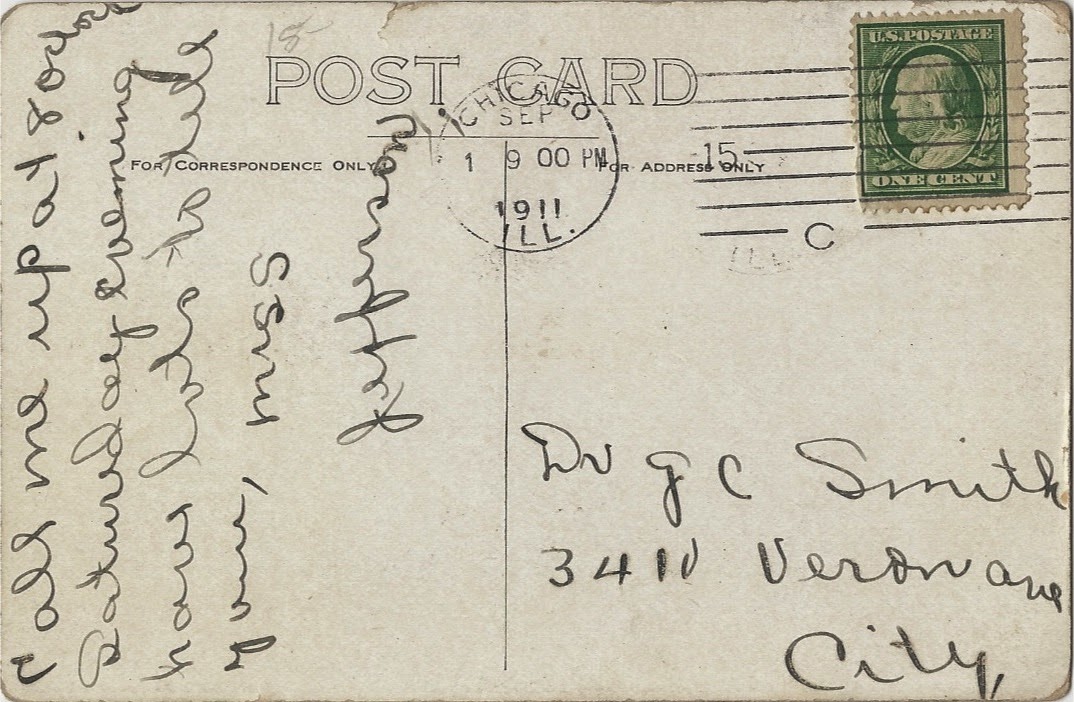 Letters and post cards, commemorative covers, and other artifacts deliver world history from the daily perspective of individuals. In The Maltese Falcon when Sam Spade wants to keep the locker key safe, he mails it to himself, as here, in "City".  Most people do not know that today, local post offices do not sort their own mail.  Just about everything is regionalized into sorting centers where automatic machinery reads and recognizes the address codes. 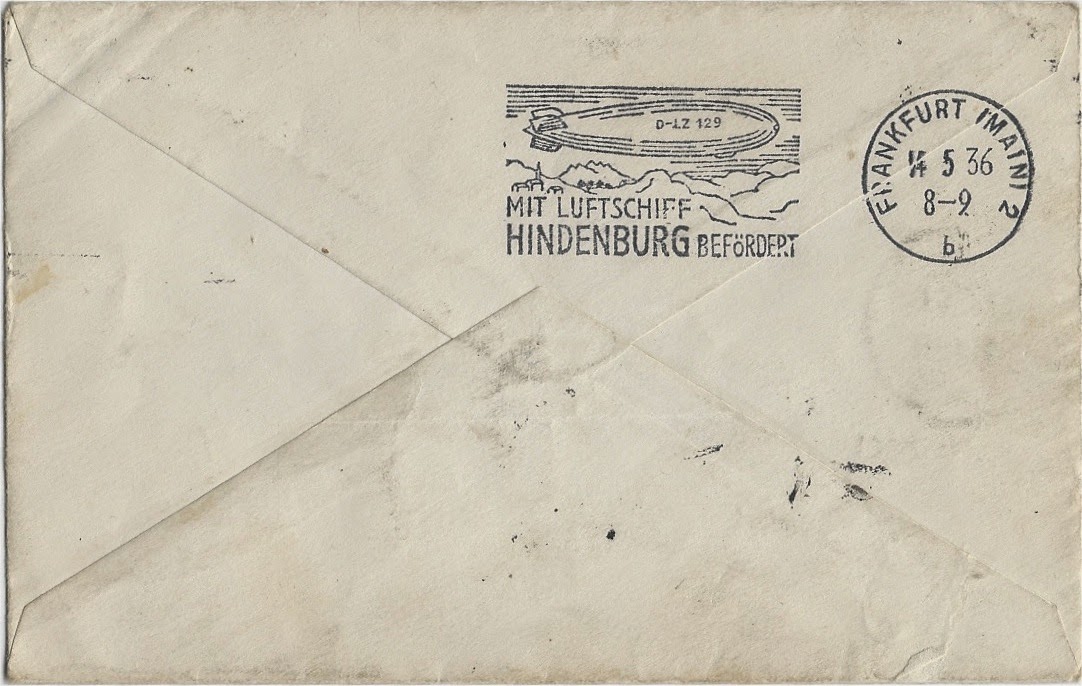 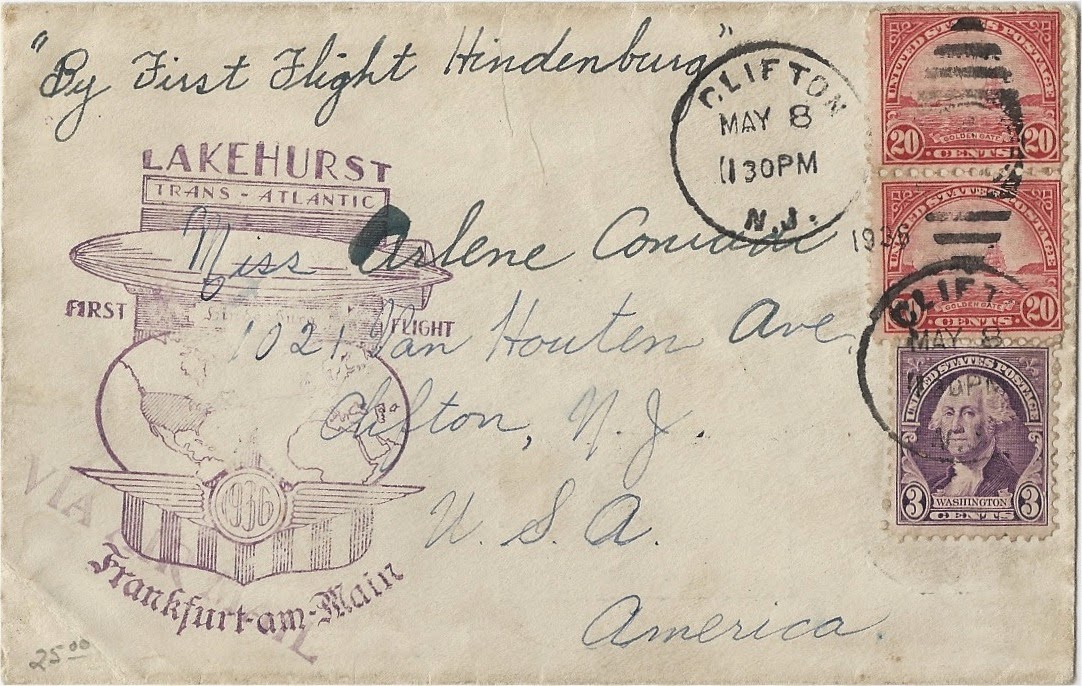 That Ayn Rand wrote an essay for Minkus and so was famous for her stamps, not her coins, reflects the fact that women are more often active in philatelics than they are in numismatics. 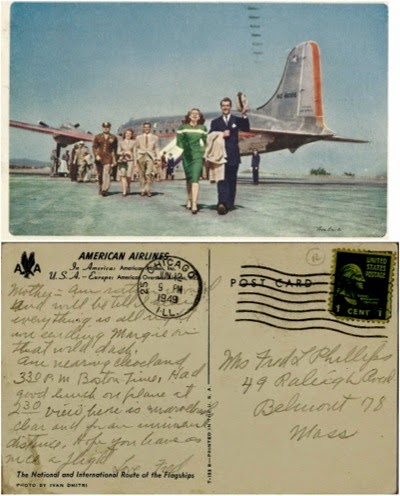 About 20 years ago, on a DoD job, one of the Navy veterans said to me that the 1940s were the last time that most people had class.  Some years earlier, in fact, a designer I dated sighed that it was hard living in a "classless society."  I do not wear a suit, but I do dress up to travel.  It's the least you can do to  help make the world a better place.  (Just a couple of years ago, monitoring a security camera, I saw one of my fellow Texans remove his hat as he entered an elevator.) 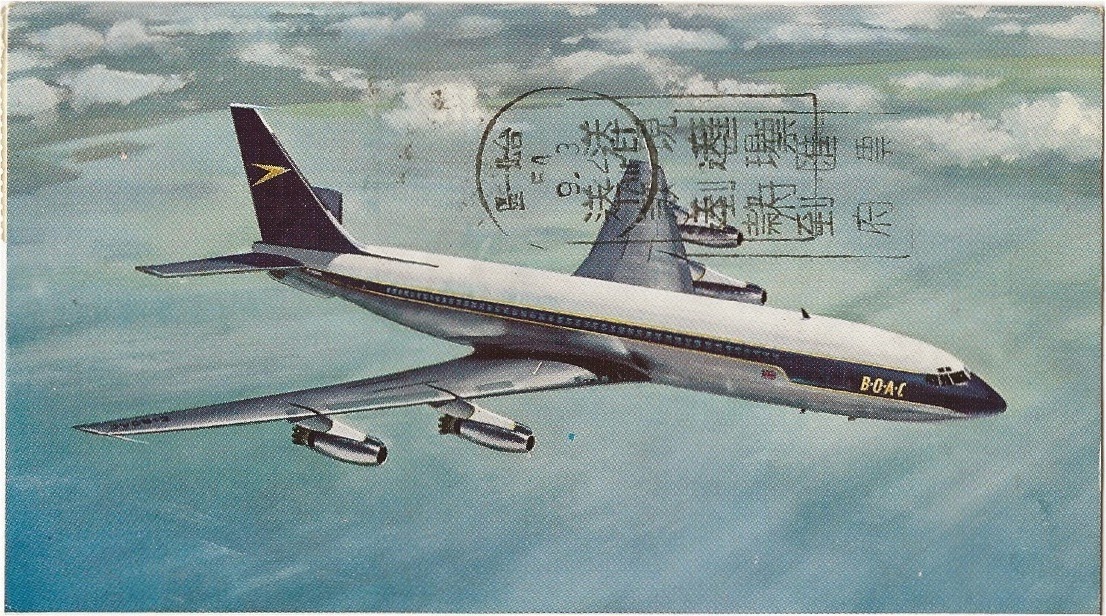 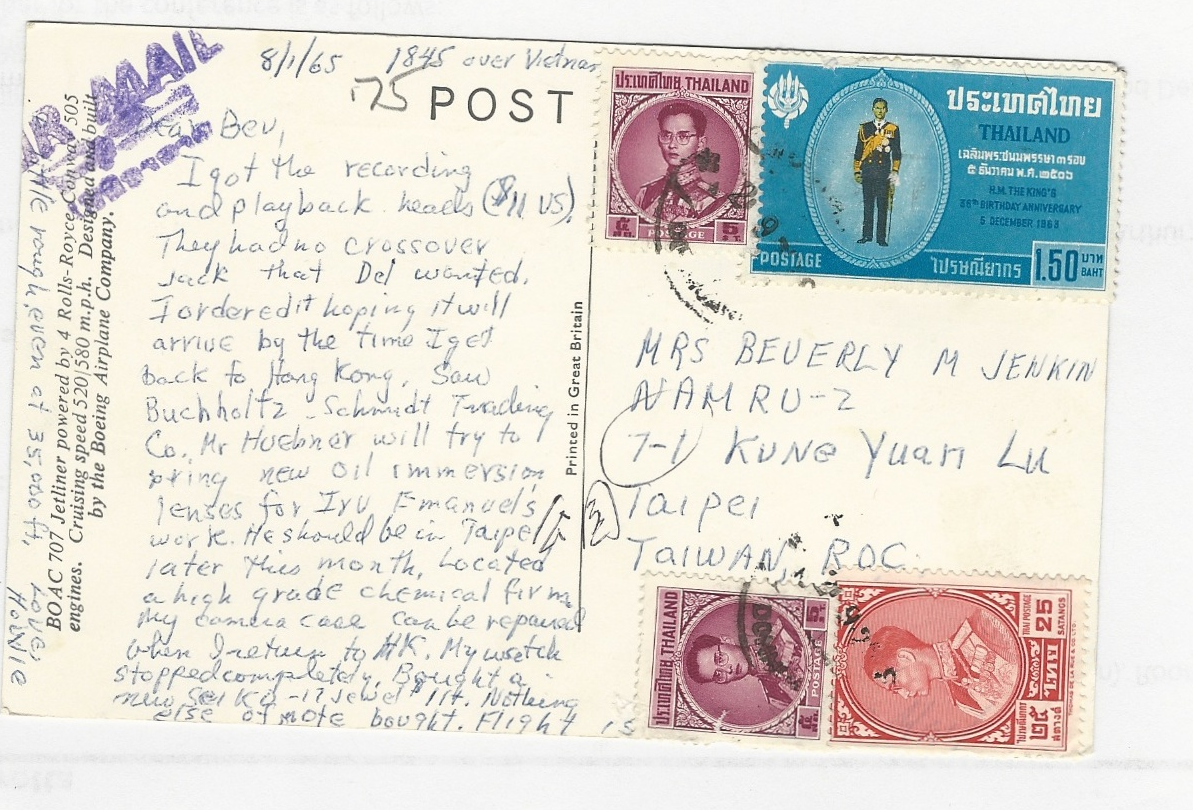 Back about 1989 or so, I was teaching technical writing at Lansing Community College and one of my students worked for a contractor at a sorting center for the United States Postal Service. He said that the best way to address a letter is to put two spaces and no punctuation between the city, the state, and the ZIP code:  Hometown  ST  12345-6789  The machines read serif and sans serif equally well; and they can do pretty good with neat handwriting.