Paul Adrien Maurice Dirac predicted the existence of the positron and the magnetic monopole. He received a Nobel Prize in 1933. Born in 1902, the consensus is that Dirac did his best work between 1927 and 1937, which is typical for physics and mathematics. He devoted his very long later years to chasing philosophical questions, though, like other physicists, he denied the value of philosophy.

I read elsewhere that each equation costs 100,000 readers. So, popular books about science tend not to have them. This monograph has several, but none of them is the eponymous Dirac Equation. The author, Helge Kragh, was a professor at the Niels Bohr Institute. He wrote Dirac: A Scientific Biography as well as textbooks on physics. On that basis, Kragh brings Dirac to life for the general reader. To achieve that, Kragh also explains how quantum mechanics developed in the early 20thcentury as the accepted  theory of atomic physics.

As a general reader, I believe that no “grand unified theory” ties QM to relativity. However, according to Kragh, among Dirac’s accomplishments was just that, at least for the electron.

“Having no faith in the Klein-Gordon equation, at the end of 1927 Dirac decided to find a better solution for a wave equation in accordance with the theory of relativity. Based on the relativity requirements and the general requirements of quantum mechanics, he was convinced that the equation he looked for must be linear, not only in the general Schrödinger equation, but also in momentum.” (page 23)

Dirac’s struggle with metaphysics was inherent in his work. How he viewed those problems is not clear from this biography. Dirac kept to himself. But this thin book quietly opens a very large and cumbersome door. Dirac was attracted to challenges from pure mathematics. If an equation is simple and beautiful, then it must have some physical reality, be of some empirical value, as both description and prediction.
The author apparently sides with the positivists who insist that the perception of truth begins with tangible experience. Moreover, strict positivists segregate truths: what is true in chemistry may not be true in zoology or aesthetics. That being as it may, Kragh admits: “Nonetheless, in the summer of 1926 Schrödinger published the relativistic version of his wave equation and so did half a dozen other physicists. Pauli called it “the equation with many fathers.”  Because two of the fathers were Oskar Klein and Walter Gordon a Swedish and German physicist respectively, it became known as the Klein-Gordon equation. It was a nice but apparently useless formula. The problem with relativity was not exclusive to wave mechanics for it also appeared in matrix mechanics and Dirac’s q-number algebra. After all, the three formulations were just different versions of the same theory, quantum mechanics.” (page 22)

Necessary facts are undeniable truths, not isolated chocolate-versus-vanilla preferences. Therefore, it is not surprising, but expected that many derivations exist for QM. Over 300 proofs are known for the Pythagorean Theorem.

Dirac’s work explained electron spin. He began by not assuming it, working without the required spin in a simplified mathematical model. But as Dirac developed the equations, spin appeared as needed. Moreover, Dirac’s theory explained the fine structure of the hydrogen spectrum, an important empirical validation. Firmly established in sensible reality, Dirac’s 4x4 matrix coefficients also admitted of seemingly impossible alternatives. Some particles exist beyond the speed of light and the more energy they obtain, the slower they move. George Gamow called them “donkey electrons.” (The more you beat it, the less it moves.) Kragh makes no mention of tachyons which (it seems) come into our awareness only as they decelerate below the speed of light.

Through his mature years, and to the end of his life, Dirac rejected the renormalized quantum electrodynamics advanced by Richard Feynman (among others). To Dirac QED was inelegant. Kragh defends Dirac by citing Einstein. Question: “What would you say if the experiment did not prove your theory?” Answer: “I would tell them to run the experiment again.”

The false divide between reason and reality has been the grave error of modern philosophy. The British empiricists and the continental rationalists argued chickens and eggs. And it continues today. Electricity carried messages and powered railroad locomotives before nuclear power heated water to light up our cities. James Watt and Mathew Boulton literally made money by making money at the Soho Mint a lifetime before statistical mechanics explained thermodynamics. Those theoretical explanations must be internally consistent because contradictions cannot exist.

Paul Adrien Maurice Dirac discovered and pursued necessary factual truths. Experimental physics and applied engineering are the tools that extend our senses to perceive to the beauty in truth.

Imaginary Numbers are Real
U.S. Patent Law Does not Add Up
Elisha S. Loomis and the Pythagorean Proposition
The Man Who Loved Only Numbers
Feynman’s Rainbow
Genius
Science in the Middle Ages
David Harriman’s Logical Leap

Posted by Michael E. Marotta at 05:51 No comments: 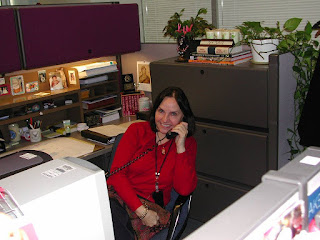 We met in Cleveland, Ohio, 1996, when I was a contractor with the U. S. Department of Defense Financial Accounting Service (DFAS). When she handed me her card, I read her name as “Za-kelly.” She corrected me. “Zay-kell,” she said. “The j is silent.” In my cubie, I had a picture of the Greek goddess Eirene carrying the infant Ploutos. Most people assumed that it was the Virgin Mary and Christ Child, but she identified it correctly. It was the beginning of a beautiful friendship.

We attended the ANA conventions in Cleveland (1997), Cincinnati (1998), New York (2002), and Pittsburgh (2004).  Ann came to numismatics late in life bringing a special passion supported by many years of world travel, a facility for languages, broad reading, keen insight, and deep reflection.

Ann was very active in her church, St. Vitas, and for them, and others, she crafted proscenia, and other decorations. So, when Ann began collecting ancient coins, her aesthetic judgment always brought her the best examples for the price. Her primary interest was for classical Greek, but she also worked hard on the Severan dynasty, especially the women. Eye-appeal was more important than completeness; and she was an eclectic gatherer, rather than a focused hunter.

In a casual conversation, we agreed that the coins of Alexander the Great probably portrayed Alexander, and we set out to prove it. We spent over 18 months assembling research, meeting in restaurants, and exchanging information in emails. We published “Portraits and Representations of Alexander the Great,” in The Celator, Vol 16., no. 7, (July 2002).

Ann loved to travel and had been to every continent but preferred Europe, especially the Balkans where she had many cousins. Her easy skill with languages served her well. On Rhodes, they thought she was Turkish. In Istanbul, her accent sounded Greek. But it was never a problem because she had a winning personality. She was a natural extrovert and probably got the Sphinx to talk. Ann was born in Austria on March 10, 1947, and passed away peacefully among family, on February 13, 2019.