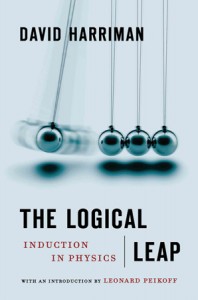 As a card-carrying criminologist, I recommend this book highly to any practitioner who values the scientific method.  Originally born in the Enlightenment academic criminology adopted what we call "positivism." Today, criminologists identify positivism as the scientific method, but "positivism" was coined by Auguste Comte and the flaws of Comte's theories prevented criminology from becoming a truly scientific rational-empirical study. The next generation floundered in pseudo-scientific "anthropometrics."  From merely useful physical descriptions of actual suspects, theoretical criminologists invented unsubstantiable claims about potential criminals. Only the military defeat of national socialism discredited that bankrupt philosophy.

In the following two generations, over fifty distinct theories of crime have been tendered by academic criminologists.  Like medieval astronomers adding epicycles, they lack a truly objective understanding of the necessary facts. Today's criminology classrooms, careening ever farther from useful science, offer post modernism to the next generation of professionals.

Despite some flaws in the presentation, David Harriman’s proposal for a new method of scientific methodology is interesting, valuable, and important.  Harriman’s thesis is that induction is actually the integration of a new experience with the totality of all previous experience for the purpose of creating a new generalization.  One example is enough for a generalization, if it is validly composed.  According to Harriman, to be valid, an induction must be derived from a first-level generalization.  To demonstrate the truth of his claim, Harriman provides examples from the works of Galileo, Newton, and Dalton, among others.  Harriman’s thesis deserves more than mere consideration.  Properly taught, it would be a revolution in science.

Perhaps the primary barrier that Harriman faces is that the word "induction" is already taken.  For everyone else practicing a science, induction is the accumulation of facts that can be generalized, eventually into a theory.  Rather than trying to replace the accepted meaning of the inductive method, Harriman should simply call his the objective (or Objectivist) method.

The other significant problem for this work is Harriman's proposal to displace the "hypothetico-deductive" method, i.e,, the scientific method of observation, theory, and test.  At first, this seems like abandoning science itself.  However, for the criminal investigator, security professional, or attorney at law, Harriman's "logical leap" is exactly how we practice science.

[edited Aug. 29, '12]You know that a crime was committed at a certain time and place. [A person with motive, means, and opportunity is known to have been present. That is enough to create a suspect. Additional clues add nothing substantial, though they can be supportive.]  Once accused, the same process can liberate the suspect.  [Known to] have been at a different place at that time, we do not need to control the variables in the suspect's wardrobe while testing for his shoe size.  One significant fact is enough to validate a logical leap to [the] claim that this suspect is not guilty.

Objectivism (with or without the capital-O) is rational-empiricism and both sides of that equation are required.  Existence exists. Reality is real. To be is to be something.  Therefore, contradictions do not exist.  Truth is rational and empirical, logical and evidentiary, analytic and synthetic, theoretical and experimental, ideal and practical, deductive and inductive, and even imaginary and experiential.  Harriman’s book rests on those truths.  In that, its value cannot be overestimated.