"Gulching" refers to setting up a retreatist community of political conservatives. It is named after Galt's Gulch in Ayn Rand's Atlas Shrugged.

Saturday Night Live ran this in the wake of the GOP victory in the Presidential election of 2016:
On the Objectivist discussion board, Rebirth of Reason, frequent contributor Luke Setzer posted a link to the video under the headline "Turning Galt's Gulch on Its Ear." In the discussion there, I said that no successful society is monolithic.


The defining attribute of fans of the Atlas Shrugged movies is that they are people who want to set themselves apart in a separate, isolated and hidden community of like-minded people. Many dream of a physical locale. Most enjoy online communities. In those discussions, the occasional reports of attempts at a “Galt’s Gulch” receive close attention.

Although the plot element of “Galt’s Gulch” served a poetic purpose, it was not a call to action. Ayn Rand was specific in stating that art is not didactic: a romance novel does not teach. When Ayn Rand had something to teach, she wrote essays and delivered lectures. Rand’s intention as a philosopher was to create and explain the ideas that can liberate individuals, human society in general, and the United States of America in particular.
Admirers of the works of Ayn Rand generally have two goals: to improve their own lives by living better; and to change the world. They intend to achieve the latter by spreading the ideas of Objectivism until they are accepted by (arbitrarily) “enough” other people. Their goal is a cultural shift more dramatic than the rise of classical Greece or the Renaissance.  Specifically:

(1) reason, science, and philosophy replace religion
(2) the ethics of egoism become as widely accepted as the tenets of altruism are today
(3) capitalism displaces socialism
(4) government is limited to basic functions of law and order by protecting the rights to  property.
(5) the observably dominant works of art (painting, sculpture, architecture, literature, theater) project rational people living in a knowable universe.

The inherent contradiction in “Objectivist culture” – the common interactions in-person and online among those who admire the works of Ayn Rand, perhaps just best called “Rand Fans” – is the dichotomy between reaching out to teach other people and walling yourself in with a group of individuals who claim to believe the same things that you do.
In the language of Objectivism, “in Atlas Shrugged, the heroes withdraw their moral sanction from their destroyers.” In other words, not only do they stop obeying the economic regulations of the government, they divorce themselves from anyone who would claim a right to any moment of their lives. They want nothing to do with looters and moochers. That is the active ideal of a Rand Fan in dealing with other people.

The problem that they cannot solve is that the capitalist who owns a gas station is a Muslim. The capitalist who owns a convenience store is a Hindu. It is a fact that Costco founder James Sinegal is an ardent Democrat.  The greatest capitalists of our age – George Soros, Bill Gates, Warren Buffett, and the entire list of global billionaires—are all condemned as “crony capitalists” traitors to laissez faire, who cause and amplify the oppressive laws, taxes, and regulations under which we suffer, but they, by the power of their privilege do not. Objectivism does have its own real-life capitalists. Three that stand out are T. J. Rodgers of Cypress Semiconductor, Ed Snider (1933-2016) of Comcast Spectacore, and John Allison of BB&T. Many others orbit in the pull of Ayn Rand. Mark Cuban (Dallas Mavericks) and Frederick W. Smith (FedEx) are among them. But Cuban supported Hillary Clinton for President.

As explained by Ayn Rand and her one-time colleague psychologist Nathaniel Branden, most people harbor unresolved personal contradictions. If the Muslim who owns a gas station were consistent in his philosophy, he would recognize that the principles that bring success in business – identifying facts, testing theories, treating customers fairly  - speak against the tenets of his religion. If the crony capitalists were consistent, they would deny their government subsidies and advance laissez faire.
What do you do when other people do not live up to your expectations for philosophical consistency?

For many Objectivists, as distinct from mere “fans of Ayn Rand,” the unworkable solution is to withdraw from those who disagree with you. So, it is ironic that the philosophers of the Ayn Rand Institute who do not speak to the philosophers of the Atlas Society probably buy their gasoline from Muslims and get their cars fixed by Christians and find great bargains at big box stores owned by Democrats all the while running Windows software on their computers.

The minor premise of "Gulching" and a theme that is easy to find among fans of Atlas Shrugged, is that in order for there to be a second Renaissance, civilization must collapse. They do not just predict it, they look forward to it with a millenarian fervor.

The fact is that civilization is, literally, city life. Historically, people from disparate tribes left (and still leave) their homes to come to the places where strangers benefit themselves by exchanging value for value, whether or not they agree on any other fact, claim, or belief.  That cultural matrix is powerful. Examples of farming communities destroyed by crop failures are easy to find. Harder to uncover are cities that starved. Total war does bring that. Fortunately, such wars are exceptional. Examples from the Dutch wars of liberation from Spain show that when the city rulers attempted to control the price of food, the city went without and fell. Cities that let the price of food rise incentivized smugglers to run the Spanish lines. A farm feeds itself (theoretically), but a city is fed by the whole world.  It does not matter that the Chilean farmer whose grapes are on your table has a religious icon in his home. If you cut yourself off from him - and the global commercial network - you only have the grapes you grow yourself... if you grow grapes, rather than apricots, kiwi fruit, watermelon, coconuts, ...

Posted by Michael E. Marotta at 2:44 PM No comments:

Public radio delivers a cachet of culture and higher education. So, I hear a bellwether when presentations lead away from my expectations for correct grammar. Last night, on KUT-FM, a show on the death penalty opened with the statement that Texas is executing "less people" than in the recent past. I would have said "fewer people." KUT-FM here in Austin is not alone in that. I hear it often, but read it less frequently.

Languages change. As strangers learn to live together civilized languages tend toward larger vocabularies and simplified grammars. We still have archaic plurals "children," "oxen," and (less common) "brethren" in our daily speech. Also, common plurals "fish" and "deer" are still with us.  (Fishes and deers refer to different kinds of the same thing: trout, sharks, and carp are among the fishes, though Luca Brasi simply sleeps with the fish.)  We still have "goose-geese," and "mouse-mice," and but not "moose-meese" or "house-hice." An old King James Version of the Bible might have "kine" as the plural of "cow" but you will not hear it even in Texas cattle country.

So, we will hear less references to "fewer." Personally, I prefer fewer degradations of common grammar. Grammar defines thought. Sloppy grammar allows inexact and incorrect mental formations. Weak thinking leads to bad actions. You cannot have a gallon of executions.  Opponents of the death penalty should remain focused on the fact that an execution is a discrete event that happens to an  individual.

PREVIOUSLY ON NECESSARY FACTS
Why do Young Women Growl?
Why Democracy is Difficult
What Colors are Your Rainbow?
Imaginary Numbers are Real

Posted by Michael E. Marotta at 2:18 AM No comments:

December 25 is the traditional birthday of Sir Isaac Newton(1).  So, some fans and followers of physics, and perhaps some professionals, celebrate Newtonmas on December 25.  The TV sitcom, The Big Bang Theory brought the holiday to millions who had not heard of it.(2)  The question remains: Why celebrate Newton, rather than Descartes, Einstein, or many other scientists?


If he had done any one of those, he would have earned a place in history.  He did all of them.

That brings up the problem of “the great man” versus “social forces.”  If Newton had died in infancy, as he was truthfully at risk, would someone else –Robert Hooke, Rene Descartes, Gottfried Leibniz – have filled the void?  Would we have waited until 1800 or 1900 for the next Newton to invent calculus and achieve all of those other heights?  Did we wait until 1680 because some previous Newton of 1300 died at birth?

For all of Newton’s specific achievements, his greatest glory may be in being the exemplar of the Age of Reason and the gateway to the Enlightenment.  The Newtonian Revolution was not just about the orbit of the planets.  The American Declaration of Independence and the American Constitution are consequences of the work of Sir Isaac Newton. The founders of our republic sought natural laws to inform their designs for a just and workable republic with a balance of powers.  As late at the 1830s, diametrically opposed philosophers August Comte and Herbert Spencer attempted to devise “social physics” as a science of human action. They each gave up on that label and settled for mere “sociology.”

(1) Note: Newton was born in 1742.  The English Parliament passed the Calendar Act in 1750 to take effect on 2 September 1752, which was followed by 14 September 1752.   Newton’s birthday (New Style) is January 4. Similarly, George Washington was born on February 11, 1732, which became February 22 when the calendar was set forward. The Gregorian reform of the Julian calendar realigned the solar year with the vernal equinox in order to keep Easter in the spring.

The first Newtonmas was actually celebrated in Japan before 1890.  I recorded a Newtonmas message for the Community Commentator series of WKAR AM/FM, East Lansing, in 1982 or ’83. I sent Newtonmas cards to my friends off and on over several years.  Meanwhile, Kwanza was invented. Then, Seinfeld introduced “Festivus, the holiday for the rest of us.”  Organized atheists began offering Newtonmas as an antidote to Christmas.  Whether and to what extent Newton would have felt honored or horrified is open to debate. Counterfactuals can be unresolvable.

Posted by Michael E. Marotta at 3:56 AM No comments:

It is a wonderful time to be alive.  We have become so used to material abundance that we have lost all perspective on where we are in the deep, broad, and swift flowing stream of history.  The best is yet to come, but the present is pretty good. 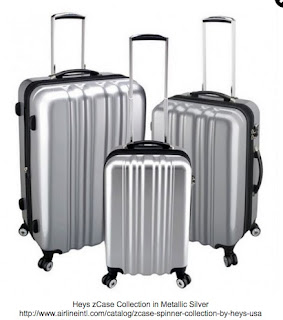 My thoughts here were inspired by a discussion at work as a young lieutenant and an old sergeant wondered about the consequences of Star Trek transporter technology. The transporter is the basis for both the replicator and the holo-suite. Given those, why work?  Contrasting our lives with those of medieval serfs, I found lots of reasons to continue working. 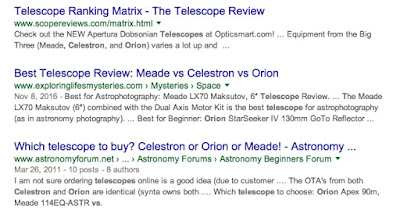 My own discussion on this topic with a young captain started the day before, as a result of my buying a knife. On the recommendation of another young captain, I went to everyone's favorite tactical store and bought a Benchmade "Mini-Barrage." The next morning, I went online here at home and read about knives. "Why not a Gerber?" I asked at work. I got the same answer there that I found in an online forum for zombie hunters: the Gerber is a nice every day carry (EDC), but the best Gerber is about like the cheapest Benchmade both for price and quality. 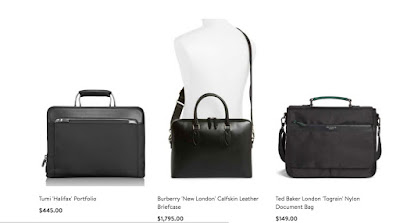 I was astounded at the content about pocket knives in four pages of links even before I got to the reviews of knives from Guns & Ammo magazine. My captain said that I could find people who know that much about luggage or briefcases.

Posted by Michael E. Marotta at 2:54 AM No comments: