Watching this on DVD with the captions on allowed me to identify an array of failures of science, reason, and fact.

The curtain opened with a quote from Carl Sagan: “The cosmos is all that is or ever was or ever will be.” The rest of the series denies that and betrays Sagan’s legacy with frequent allusions to “alternate universes” and “alternate realities.” But those do not exist except as subsets of the universe: all that ever was, is, or will be. That was Carl Sagan’s worldview; and it is the metaphysics and epistemology of rational-empiricism which is the scientific method. But the scientific method is not applied in this series while vague assertions and imaginative claims are touted as “great mysteries” and even “miracles.” 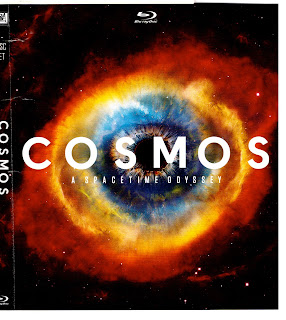 The failure to adhere to the scientific method led to a cascade of ignorant statements about evolution and the origin of species. Contrary to the narrative of how wolves and humans learned to get along (Episode 2: Some of the Things that Molecules Do), the fact is that crosses of wolves and dogs can produce fertile offspring. They are not species as Darwin defined them. Neither are polar bears.

Discussing the life and work of Sir Isaac Newton, (Episode 3: When Knowledge Conquered Fear) Dr. Tyson never mentions the fact that Newton’s theory of gravity—powerful as it was in defining not just a branch of science, but the worldview of a civilization—cannot be extended beyond two bodies in empty space. Any 3-body or n-body problem can only be solved for specially restricted cases or by repetitive numerical methods and reliance on compiled tables of direct observations.

If you stop to read the words and reflect on the content, you realize that there is at once more and less here than meets the eyes and ears. That is a message from the opening of Episode 6: Deeper and Deeper Still, and it is presented in a way that denies the legacy of Carl Sagan. Dr. Tyson says: “Seeing is not believing. Our senses deceive us. Even the stars are not what they appear to be. The cosmos as revealed by science is stranger than we ever could have imagined. Light, and time, and space, and gravity conspire to create realities which lie beyond human experience.”

But discovering the cosmos is the human experience. Epistemology, psychology, and physiology all inform us that our senses are accurate and precise. Why are the senses of bees, birds, and beavers reliable for them, but ours are specially cursed?  Like them all, we, too, evolved on Earth and adapted to its changing environments. Our senses are in and of the world.  Moreover, we invent and construct transducers – telescopes, microscopes, electroscopes, spectroscopes – that extend and enhance our senses. Would you suggest that the rings of Saturn and the nucleus of a paramecium are not real?

We fail ourselves with bad ideas that deny the evidence delivered by our senses. The scientific method unites the rational and experiential, the theoretical and practical, the synthetic and analytic. Physical reality does not plot against us. We are in and of the universe. That was Carl Sagan’s message from the very beginning.

Episode 14: The Immortals includes several errors across the curriculum of general science. Attempting to explain that we are broadcasting messages into the cosmos, Dr. Tyson offers Project Diana, an effort of the US Army Signal Lab to reflect radar with the Moon as the target. However, our electrical signals were already going out for a hundred years because just closing and opening the DC circuits of telegraphs from the 1840s caused electro-magnetic pulses. And radio transmissions began in the next generation. Anyone who knows the work of Carl Sagan knows that Contact gave the honor of the first the television broadcast into outer space to the opening of the 1936 Olympics. As for Project Diana, contrary to the cartoon, the radar signals from the Earth station did not go sweeping past the Moon. They were targeted to be as close to a lunar diameter as possible in order to maximize the return signal. Most of that, about 95% of the reflection, was scattered into space. But that is not what we were shown.

Dr. Tyson’s script had him say that the civilizations of 2200 BCE all collapsed because of a worldwide drought. It was easy to claim in 2014. By 2018 that event was arguable. (Read about the Meghalayan debate.) Even so, the script says that among the civilizations that collapsed in 2200 BCE was that of Greece, but Greece had no such civilization then.

The main point of Episode 14 was that life on Earth could have originated with entities in meteorites. But where did those organisms come from? Cosmos says that they evolved on other planets and were hurled into space by asteroid impacts on those alien worlds. But, then where did they come from? We have an infinite chain of antecedents. The fact is that long polyaromatic hydrocarbons (PAHs) such as naphthalene (C10H8) and anthracene (C14H10), are known to exist in nebulae. Dr. Tyson’s script correctly identified carbon as the key to life on Earth. And carbon seems plentiful in free space.

Dr. Tyson says that bacteria from outer space are constantly and continuously landing on Earth in meteorites. He suggests that perhaps all life on Earth evolved from such bacteria. But they are fairly complex lifeforms. How could simpler life have devolved from them? If you stop and think about it, was it those alien organisms and not their host asteroids that eradicated life on Earth in massive extinctions? That possibility suggested by their premise seems not to have occurred to Ann Druyan and Steven Soter who wrote the scripts that Neil Degrasse Tyson spoke to us.

Posted by Michael E. Marotta at 3:27 PM No comments:

Recounting Barbara Gregory’s long and successful career at the American Numismatic Association, the organization’s own press releases were not alone in referring to her as a “female editor.” Ultimately, it seemed to me to be benign sexism. I found it to be a way to dismiss a person by placing them in an ascribed class. The essential problem would be impossible to ignore if we were to substitute other arbitrary distinctions of race, religion, class, or culture. Disguising our cognitive dissonance with soubriquets only makes it harder to ignore. I take my lead on this from Elizabeth Samet, professor of English at the U.S. Military Academy.

“If the history of the military profession presents certain obstacles to women’s ambitions for meaningful service today, women in uniform likewise destabilize a military culture founded on essentially chivalric traditions. One linguistic solution to this problem attempts to obscure the presence of women by referring to them clinically with the noun females. Imagine a cultural history that boasted Euripides’ The Trojan Females, D. H. Lawrence’s Females in Love, and the Stephen Sondheim gem “The Females Who Lunch.” Already drilled in the replacement of women by females, my students don’t recognize how jarring it is to hear the term in the middle of some astute literary analysis. It completely ruins the mood. Such terminology appeals especially to those cadets and officers most disquieted by the presence of women in their ranks.” -- Soldier’s Heart: Reading Literature Through Peace and War at West Point by Elizabeth D. Samet (Farrar, Strauss, Giroux; 2007).

Allow me to suggest that all of the praise sublimates to condescension if we construct an equal and opposite narrative.

On April 30, 2012, Steve Roach, previously Coin World's associate editrix, became the first male editrix of Coin World in fifty years. On May 1, 2020, Caleb Noel became the first male editrix of The Numismatist in 38 years. Males have long been making inroads into the domains of famous journalists, writers, publishers, and editrices such as Nellie Bly, Clare Boothe Luce, Katharine Graham, Gloria Steinem, and Arianna Huffington. It should be no surprise, when you consider popular writers such as Charles Dickens, Mark Twain, H. L. Mencken, and Philip Roth, whose works are often considered the equal of Jane Austen, the Brontës, and Dorothy Parker, and even today sell almost as well as Danielle Steele and E. L. James.

The foundation of that hypocrisy stands out to me because as a writer, most of the editors I have worked for were women. The reasons may be cultural or inherent, ascribed or attained but the fact is impossible to ignore. So, I have to ask: By what right do people who happen to be born (apparently) male declare that the majority of humans are “just as good” as they are?

Posted by Michael E. Marotta at 9:33 PM No comments: