The problem with popularizations is that something gets lost in the translation. At best, A Brief History of Time, reminded me of the predicament of Nuñez in "The Country of the Blind." Hawking's doctorate and subsequent work validate his own understanding. His later popularizations may have fewer problems. For now, based on this, his first mass market book, my judgment is that Hawking's knowledge of quantum relativistic physics is impossible to transmit to those of us who know so much less.

I marked the book up, noting errors and omissions, beginning with the history of philosophy and the history of science. I also tagged contradictions within the text. Worst, he seems not to know at least one fundamental fact (concerning time dilation) about black holes. It may be that in trying to explain the very difficult in very common language, the ambiguities are unresolvable. Toward the close, Hawking laments that modern philosophers have retreated from the physical world explored by Aristotle and Kant, and, following Wittgenstein, they worry more about the structure of language (p. 174-175). That might be the more relevant concern, considering Hawking's disrespect for Aristotle and endorsement of Kant coupled with the very many problems in his book.

Hawking seems to confuse chaos, randomness, entropy, and order. He seems to have a high school understanding of imaginary numbers. Or maybe it is just that he expects his readers to be at that level, but not beyond.  And, the blame may best be directed at his publishers who told him that each equation in the book would reduce his readership by half. So, the presentation was dumbed down to level of gee-whiz and good golly as we gaze like slack-jawed apes at the mind-numbing marvels of our incomprehensible universe.

Posted by Michael E. Marotta at 18:28 No comments:

The Leader’s Bookshelf, edited by Adm. James Stavridis USN (Ret.) and R. Manning Ancell, Naval Institute Press, 2017. Here are clear and compelling summaries of 50 books recommended by senior generals and admirals. Each review encapsulates the work, explaining its importance, providing a salient quote, and delivering at least one of the leadership lessons within. Often the lead paragraph is a personal statement from the general officer about how the book came to be important to him or her.

Of course, most are about war. During the 650-mile sprint from Kuwait to Baghdad–almost as long as the grinding battle from Normandy to Berlin–the American commanders, Gen. John Kelly, Gen. Jim Mattis, and Gen. Al Gray agreed that it felt like déjà vu because of the many reflective and consequential books they had read, such as The Killer Angels (set at Gettysburg), and Good-bye, Darkness: A Memoir of the Pacific War by William Manchester.

While mostly the advice of senior leaders, this collection includes a brief chapter of recommendations from junior officers. They are the future. Atlas Shrugged was one of those, and it is clear from the terse and misinformed blurb that the editors do not like it. They cannot reconcile the self-interested ethics of the merchant with the way of the warrior. (See “Choose Your Virtues” here and “Shifting the Paradigm of Private Security” here.) Other books recommended by those on the rise include six from the shelves of the top ranks: The Centurions, Gates of Fire, The Killer Angels, Master and Commander, Once an Eagle and The Art of War. New perspectives include Cyberwar and Cybersecurity by Peter Singer, The New Digital Age by Eric Schmidt and Jared Cohen, Thinking, Fast and Slow by Daniel Kahneman (reviewed here), On China by Henry Kissinger, and Heinlein’s Starship Troopers. That chapter is amid four others with heartfelt insightful advice on books, reading, writing, and publishing.

Book lists are not arbitrary. Those who build them for the military are thinking deeply, long, and hard, about the survivability, sustainability, and evolution of their commands. Iconic among them is the Commandant’s Reading List first compiled for the USMC by Gen. Alfred M. Gray, Jr. (The current list is at the Library of the Marine Corps Research Portal.) It is arranged for enlisted, senior enlisted, officers, and senior officers, and rated for each by difficulty from entry level through senior.

Admiral Stavridis has many good words for the Proceedings magazine of the U. S. Naval Institute, a civilian organization that has supported America’s waterborne warriors since 1873. Most of the articles are analytical essays and investigations by staff officers, but they also encourage writings from the ranks with regular columns such as “No One Asked Me, But…” and “From the Deckplates.” (Other services have similar civilian support organizations. See Army magazine here.) These auxilliaries also deliver online content, of course.

Adm. Stavridis acknowledges the online world, but still advocates for books. And he tells of generals from Caesar and Napoleon to Patton and Mattis who carried their libraries into the field. Of course, it is easier when you can order your army to carry your books for you. It’s a bit harder when you wear a couple of stripes and shoulder your own duffel. Still, even if you can pack only a few, Adm. Stavridis tells of commanders who returned to their favorites often as they rose through the ranks. Choose well and you will be rewarded.

What is Literacy?
Do You Know Your Military?
The Fourth Star
The Influence of Ayn Rand’s Objectivism

Posted by Michael E. Marotta at 04:18 No comments:

I was on a long waiting list despite the many copies at the Austin Public Library. When I was done, I could not renew the checkout because other people were waiting. Gratefully, I did not pay for the book. Despite (or perhaps indicative of) its runway popularity, it is shallow and facile, drawn from second-hand sources and not well integrated in its presentations.

Harari failed to correctly explain the origin of writing, the origin of counting, the origin of money, and the origin of coinage.  They are all tightly bound. In every case, his supporting citations point to other popularizers, rather than validated peer-reviewed academic publications. So, he gets a lot of the details wrong. From those he builds his attractive and erroneous narrative. Finally, like me and other bloggers, he is a synthesizer, collecting and republishing ideas that he likes without actually challenging any of those claims for their want of proof.

One such assertion is that the agricultural revolution was not worth the price. Domestication of wheat brought longer working hours and slavery. It actually brought malnutrition, and set the stage for periodic starvation never known to hunter-gatherers. I reviewed Against the Grain: How Agriculture Has Hijacked Civilization by Richard Manning (North Point Press,  2004 ISBN: 0865476225) for the Objectivist discussion site, Rebirth of Reason, here  in 2006 and later in 2010 here.  I wrote: "Among Manning's many points is that the "surplus" usually went to a handful of unproductive people, priests and nobles."
Moreover, as I pointed out in my original review, the nobles themselves hunted -- which they denied to those who were bound to the cultivating fields.  Nobles did not suffer a steady diet of grain.  When times were good, they ate well, a variety -- another point Jacobs made about city life -- with lots of fresh meat." It is an interesting fact to consider. But Harari just stops there. He does not see strawberries in January. Cutting off our food supply is integral to his thesis, which includes disdain for liberal humanism. Harari advocates for the postmodern anti-industrial revolution.

PREVIOUSLY ON NECESSARY FACTS
Not Conned by Seghal’s “Coined”
Debt: the Seed of Civilization
Accounting for Civilization
Art as Ordered Narrative
Money as Speech

Posted by Michael E. Marotta at 16:54 No comments:

Friends and Seinfeld were the most successful comedies on television because they appealed to wide audiences. That may seem tautological: The fact that Big Bang Theory has now surpassed them indicates a cultural shift in America. The widespread acceptance of Big Bang Theory derives not just from the writing and acting, but from a general interest and appreciation for science.

To some extent, this is a measure of pretense. More people claim to watch PBS and listen to NPR than actually do because it is expected as a sign of culture, learning, and social standing—at least among some people. The ratings for BBT are more reliable than that. It remains that very few of the millions who enjoy the humor freeze the frames to read the white boards. True fans know that the erasable boards contain physics equations that underscore passing elements of the dialog. Sometimes they frame the running narrative. The show is funny and the characters are compelling without it.

(For four seasons, the show was supported by a scientific website, Big Blog Theory written by their science advisor, UCLA’s David Saltzberg.  The final post, which footnoted “The Raiders Minimization” (Season Seven, in fact), was November 10, 2013, here. David Salzberg interviewed by NPR here.)

It raises a deeper question about the nature of comedy in particular, and fiction and literature more generally. Friends was inclusive. It had a large cast of ordinary people from several overlapping urban micro-cultures. Seinfeld was point-of-view, observational humor, with Jerry Seinfeld as our lens, even as we glanced aside to share with George, Elaine, and Kramer.

We can identify with the characters because we know them, perhaps all too well. When I first brought BBT home from the library in 2009, Laurel could not watch even the first episode. It was too embarrassing because it was too much like the people she worked with at the University of Michigan. Personally, I just thought that it was because she has so much in common with Sheldon. The fact is that even those millions who do not see themselves in the characters – as with Friends and Seinfeld – know people like them, again, as with Friends and Seinfeld. The difference between then and now can be attributed to a sociological “tech effect.” 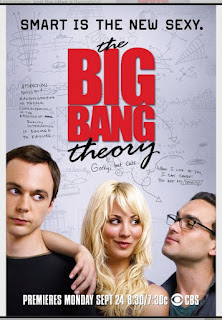 BBT is just one of many high-tech shows, such as the CSI franchise, N3MBERS, and Bones. Even NCIS is as much about Abbey, Duckie, and their labs, as it is about the marriages and marksmanship of Leroy Jethro Gibbs; and McGee graduated from MIT. The “tech effect” was the label given to the so-called “CSI Effect” in complaints from prosecutors that jurors were expecting sometimes ridiculous physical evidence, such as fingerprints lifted from grass. (See “The CSI Effect” earlier on this blog here  and “Junk Criminology as Pseudo-science” here.) Researchers Barak, Kim, and Shelton found that less educated jurors wanted "scientific" evidence. Educated people just trusted the prosecutor, worrisome as that is.

That nonetheless may reflect the wider “Flynn Effect” which posits that the general IQ is rising and that we are measurably smarter than we were 100 years ago. That being as it may, it is apparent to me that too many people still believe a lot of really stupid claims. It may be a slippery slope from speculation to mythology, from Star Trek to Star Wars, from Batman to Thor, from putting climate science and creation science in the same category.

A recent Pew Research poll on basic science may be disappointing because only 78% of 3278 randomly chosen Americans got 9 out of 12 right. You can take their quiz here. And read the analysis here.  However, as Wired writer Rhett Alain pointed out about a different quiz (here), these instant investigations ask not about scientific thinking but about the memorization of isolated facts. Alain was responding to a now-classic pop quiz given by Prof. Jon Miller of Michigan State University back in 2008 (see here and here ). One extension that Miller reported then was the fact that Americans tend to score slightly higher than Japanese or Europeans.

Nerd Nation 4.5
Where all the Children are Above Average
World Peace Through Massive Retaliation
Education in America: at least two cheers
Backyard Astronomy
The Man Who Loved Only Numbers

Posted by Michael E. Marotta at 04:44 No comments: