Commandos, Green Berets, Rangers, SEALs,… military special forces are legendary. We look to them for lessons, as examples to follow, as paradigms for living. Businesses want their managers to be leaders worthy of the most dangerous and demanding work we can imagine in service to our highest values of nation and family, liberty and democracy. We would find it unusual, even unsettling, if military commanders exhorted their field officers to be profitable, productive, and thrifty.  (See “Choose Your Virtues” and “Shifting the Paradigm of Private Security” here.) The military is a model for business. The merchant ethos does not inform the military.

A SEAL commander, Admiral McRaven identifies the factors that make special operations different from ordinary combat. First is the relativity of their force superiority. Special forces may be two-man teams or 100-man battalions, but even the largest of special force attackers are necessarily numerically smaller than the forces of the defender. Nonetheless, they achieve relative force superiority with speed, stealth, and special weapons. Their mission plans are simple. While practicing their missions repeatedly, they keep their intentions secret.  To the fullest extent necessary, each man understands the mission; and regardless of their role, every man is committed to the achieving the goal.

These narratives are interesting on their own merits.  The German assault on the Belgian fort Eben Emael in WWII was pure blitzkrieg. Italian frogmen attacking the battleship Queen Elizabeth in Alexandria, and British midget submarines hitting the Tirpitz at Kaafjord, Norway, are almost science fiction. The American liberation of POWs in the Cabantuan camp in the Philippines and the failed mission at Son Tay, Vietnam, could have come from Hollywood. The Israeli raid to free hostages held by the PFLP at Entebbe in Uganda was retold in two movies and a TV series. Action and adventure aside, McRaven chose them and others to demonstrate his theory of special operations. 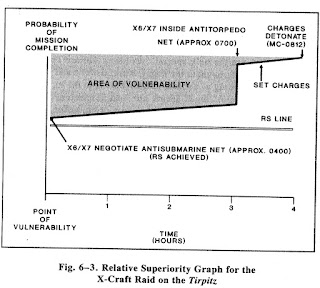 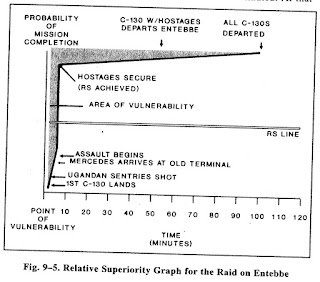 Not all of the missions exemplified the fullest use of all factors. The British raid on the Saint-Nazaire dry docks called for over 600 men, 18 attack boats, and a destroyer. McRaven labeled it a success because the primary target was achieved: the dry dock mechanical works were wrecked. However, the over-ambitious inclusion of many subsidiary goals only left a lot of men dead and a few men captured.

It is clearly a challenge, perhaps impossible, to bring a large force to the expert effectiveness of commandos. But there are lessons here for the individual.

You are a small unit. You have good internal communication. You can identify your own mission, create a plan, and exercise it. You know your mission, and you are dedicated to it. And you are authorized to improvise as needed in the face of contingencies.  You can plan and train in secret. You can do this every day.

Your skills may be common, but the full set of them is unique to you. How you put them to work is also special. Rather than blowing things up – though Austrian economists speak of “creative destruction” – most of us build, create, deliver, and maintain. It can still be special operations if  you bring that intention to your work.