Who gave the first correct explanation of the rainbow? Descartes.  Why did he? Because he perceived its beauty.
Sandwiched between layers of cute Feynman stories are Mlodinow’s own reflections on his path to increased self-awareness.  He seems to have been pretty self-aware all along, but he ran into a couple of hard edges in the dark living room of life: having achieved a professorship at Caltech, he was not sure that he could live up to the achievements that took him there; then there was the collision with cancer.  Through it all, he had obtained permission to tape record some of his time with Richard Feynman.

"The myth of the finches obscures the qualities that were really responsible for Darwin’s success: the grit to formulate his theory and gather evidence for it; the creativity to seek signs of evolution in existing animals, rather than, as others did, in the fossil record; and the open-mindedness to drop his belief in creationism when the evidence against it piled up.

"The mythical stories we tell about our heroes are always more romantic and often more palatable than the truth. But in science, at least, they are destructive, in that they promote false conceptions of the evolution of scientific thought.Of the tale of Newton and the apple, the historian Richard S. Westfall wrote, “The story vulgarizes universal gravitation by treating it as a bright idea ... A bright idea cannot shape a scientific tradition.” Science is just not that simple and it is not that easy.""It is, In Fact, Rocket Science" by Leonard Mlodinow New York Times, May 15, 2015, here.

In this running monologue, Mlodinow also explains some physics. He elucidates string theory better than he does quantum chromodynamics, though only because he says more about the former. Other paragraphs open windows to the failed S-Matrix theory, and the more successful quantum optics. You can crawl through those windows (or find doors) via textbooks, articles, and online content, if you wish. I have not. But they are interesting here because they illuminate aspects of Leonard Mlodinow.

In Fahrenheit 451, Montag attempts to explain literature by saying, “Inside each book is a man.”  Herein you will find Richard P. Feynman (of course), but as experienced by Leonard Mlodinow. And, indeed, this book is a long evening or several lunches with someone who is as fascinated with the internal world of atoms as he is with his own internality.  It goes on my physics shelf with the Feynman books.

Books by Leonard Mlodinow
"Leonard Mlodinow (born 1954) from Chicago, Illinois is an author and physicist who wrote the Star Trek: The Next Generation second season episode "The Dauphin" with writing partner Scott Rubenstein. He also worked as story editor on the episodes from "The Outrageous Okona" to "The Royale" with Rubenstein.

In 2009, Mlodinow penned an essay for Newsweek entitled "Confessions of a Star Trek Writer," which discussed his work on Star Trek, his co-workers in the writer's room (like former police officer Burton Armus), and the "culture of free thinking" which has driven Star Trek to four decades of success.  --  Memory Alpha here.

PREVIOUSLY ON NECESSARY FACTS
Genius by James Gleick
The First Newtonmas
ELI the ICE Man
Science in the Middle Ages
Is Physics a Science?
Nerd Nation (5)

Posted by Michael E. Marotta at 18:01 No comments:

AFK: Away from the Keyboard

Since I started this blog on January 2, 2011, I have posted 432 entries, a bit more often than once a week.  But the past few months, I have been busy with what has turned into one of the best jobs I ever had. I work at headquarters in the Texas State Guard.  Right now, I am on assignment with the Texas National Guard. It has been 20 years since I enjoyed work so much. 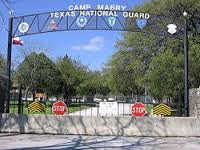 Everyone around me is 100%. Sure, things go wrong. Mistakes happen. We own the problem and fix it. I have not heard anyone call someone else stupid or lazy. The can-do attitude is deeply learned and accepted. Yesterday morning, I saw a colonel come down the hall, come to a door, square his corner with a left face, and approach the door. We have physical exercise facilities; and I can hear the weight machines being used all day long. The one-mile outdoor track is never empty, even in 100-degree heat. (Hydrate!) And this is an administrative headquarters facility: human resources, information, logistics, planning, training, and finance. Basically, it is just a bunch of office jobs. But everyone I have met in four weeks is up for this.

My days are long. I have not been out with my telescope in four months. I am not watching the best Perseids in seven years. But what I do during the day is interesting and important. It just keeps me away from the keyboard.

Posted by Michael E. Marotta at 03:44 No comments: