In "Francisco's Money Speech" from Atlas Shrugged, Ayn Rand claimed that the phrase "to make money" was invented in America.  We changed money from a static quantity to be looted to the product of the free and active mind.  That etymology is not correct but the claim is compelling.

Cicero, de Divinatione, 1. 111 (written 44 BC): Milesium Thalem, qui, ut obiurgatores suos convinceret ostenderetque etiam philosophum, si ei commodum esset, pecuniam facere posse, omnem oleam, ante quam florere coepisset, in agro Milesio coemisse dicitur. (“Thales of Miletus, who, in order to confound his critics and show that even a philosopher could make money, if there is an advantage, is said to have bought up an entire olive crop before it began to flower.”)  — Claude

That same passage was cited a few years ago when the subject appeared in Mark Liberman's blog, "Language Log" (March 15, 2006) .  Liberman quoted from a source in 1472:


"R. CALLE in Paston Lett. (1976) II. 356, I truste be Ester to make of money..at the leeste l marke.  (I believe that in modern orthography this would be "I trust by Easter to make of money..at the least one mark".) The letter's context makes it clear that Richard Calle was not writing to Margery Paston about a counterfeiting scheme. The quantity expression "1 marke of money" is antique, but the sense in which Paston anticipated "making" that amount seems contemporary enough."

(That blog is worth reading through as the discussion ranges deeply.  Apparently, the transliteration is not "1 marke" but "L marke" i.e., 50 marks.  But all of that at your leisure...)

The origin of "to make money" came up on David Veksler's "Objectivism Online" message board.  So, I ran it through Babelfish.  Even among Europeans, different cultures express differently the creation of profits and the making of money.

In French you win silver when you create blessings - Cyrano de Bergerac was Catholic, of course.  Germans deserve the profits that are brought into ultimate objectivity - strict morality and academic metaphysics. While the Dutch do make money, being good Calvinists, they bear the burden of their winnings. 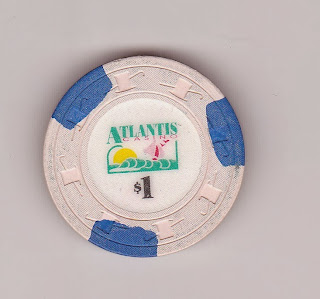