Newtonmas 2011
https://necessaryfacts.blogspot.com/2011/12/merry-newtonmas.html
Today, we ignore his religious writings, the extent of which actually eclipsed his scientific production.  His heretical Arian beliefs foreshadowed modern Unitarianism, but he swore under oath to be a Trinitarian so that he could teach at Cambridge. 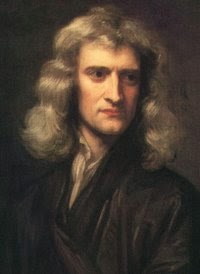 Newton’s colleagues called him fearful, cautious, suspicious, insidious, ambitious, excessively covetous of praise, and impatient of contradiction. Even his relatives and his true friends were modest in their praise of Newton. Physically sound in his life, he died at 84. He had lost only one tooth, still had much of his hair, and read without glasses. Yet, he was a hypochondriac, suffering from illnesses and diseases that he treated with medicines he made for himself.

Newtonmas 2012
https://necessaryfacts.blogspot.com/2012/12/merry-newtonmas-2012.html
The English crown turned to him to save the Royal Mint. Even when they were not corrupt - which they usually were - the Mint officials were unable to solve the basic problem of creating and maintaining a system of money that worked. A stern Protestant, deeply religious, and moralistic in the extreme, Newton cleared out the criminal element and gave England a reliable monetary system. 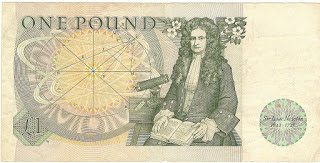 Newton and the Counterfeiter: The Unknown Detective Career of the World’s Greatest Scientist by Thomas Levenson (Houghton Mifflin Harcourt, 2009) is intended for a general readership, yet rests on an extraordinary foundation of careful scholarship.  Thomas Levenson teaches science journalism at MIT.  He has been granted several awards for his PBS documentaries. Levenson delivers to print the videographer’s impact of sight and sound.  You walk down the alleys and into the pubs where Isaac Newton investigated crimes against the Mint of which he served as warden and later master. 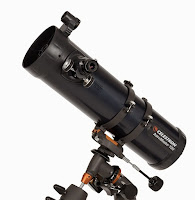 Sir Isaac Newton was born on Christmas Day 1642, the year that Galileo died.  For most people, Newton is famous for his Three Laws of Motion.  Beyond that, those with additional education know him for creating the Calculus to prove his theories of celestial and terrestrial mechanics. In addition, Newton invented the reflecting telescope as a result of his experiments with light.  And he also proved the general case for the Binomial Theorem (“Pascal's Triangle”). He served in Parliament, representing Cambridge, where he had been a professor of mathematics.  He served as president of the Royal Society of scientists. Few people except numismatists know him to have been the Warden and Master of the British Royal Mint for thirty years.  He had himself sworn as a justice of the peace so that he could pursue and prosecute counterfeiters.  Any one of those achievements would have made important to us today. That he accomplished all of that - and more - set Sir Isaac Newton apart even from the geniuses and polymaths recorded by history.

https://necessaryfacts.blogspot.com/2014/12/merry-newtonmas.html
I offered Newtonmas in a radio script for WKAR-FM East Lansing in the early 1980s (1982-1984).  In that script, I built up the imagery of a little boy born in a small village across the sea who would grow up to bring light to the world.  When I cited the poet, I emphasized the word Pope – and then announced that Sir Isaac Newton was born on December 25, 1642, the same year that Galileo died. 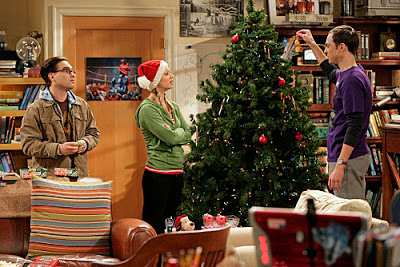 Over the years, I sometimes sent out "Newtonmas cards" to our friends, most of whom we knew from college classes in computer science and related fields.  Our physics professor, Alan Saaf, occasionally called the McDonald’s Quarter Pounder a “Newton Burger” (1.0 N ~ .224 lb-f). I do not recall Dr. Saaf ever saying “Newtonmas” but he could have.

Newtonmas 2015
https://necessaryfacts.blogspot.com/2015/12/the-first-newtonmas.html
We commonly call the Nativity scene “the first Christmas” though it was not. The first Christ Mass could not have been celebrated before the Church existed. So, too, did the first Newtonmas not come until 248 years after his birth. It seems that three students at Tokyo University started Newtonmas in their dormitory sometime before 1890.  As the undergraduates developed into graduates and assistants, their professors were drawn into the celebration, and a more suitable assembly hall was found in the University Observatory.  By 1890, they called themselves the Newtonkai  (Newton Association; 皆 = kai = “all”) and moved to the Physical Laboratory. There, they played games symbolic of great mathematicians, physicists, and astronomers: Newton’s apple, Franklin’s kite, a naked doll for Archimedes …