Although she personally hated surprises, Ayn Rand admired O. Henry for his plot twists.  Atlas Shrugged is too easily perceived as a linear girl-finds-boy story: Dagny Taggart’s lifelong goal is to find a man she can look up to; and she finds John Galt.  Having found him, she abandons him, breaks down and betrays him, then rescues him in a shoot-out against soldiers of the United States government.  Her true quest was not just for a man but for her highest ideal, the embodiment of her virtues.  In that, Atlas Shrugged is a novel of self-discovery.

More than any of the heroes, John Galt is a self-made man.  He has no family. He came from “somewhere in Ohio.”  Before becoming an employee of Taggart Transcontinental, he had been an employee of 20th Century Motor Company.  Francisco d’Anconia, of course, represents a long, aristocratic line.  While her own family tree does not have such deep roots, it does run at least three, perhaps four generations.  Hank Rearden – also a self-made man – runs an industrial empire, as does Dagny. Like Dagny, Rearden has a family of questionable merit.  However, even in the Valley, where Galt runs the generator plant, he has a single, part-time employee who has other interests of his own.  Galt is a loner.  During the strike, he hides in plain sight, his laboratory behind a door in his tenement apartment.  Unlike D’Anconia and Rearden, Galt is completely outside of Dagny’s personal experience.  Therefore, she must seek him, not knowing exactly what (whom) she is looking for. 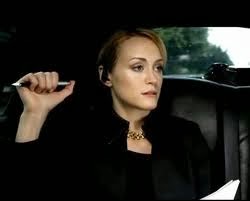 It is a multi-dimensional irony that Dagny Taggart is searching for the inventor of the motor, the “destroyer” who is removing the men of ability, and also anyone who can bring to working life the model of the motor she possesses.  Although Quentin Daniels does reverse-engineer the device, he does not understand its theory of operation.  When Galt writes a key equation on Daniels’ blackboard, it is not the answer, but an indication of the direction in which the answer lies.  The inventor of the motor is the destroyer and is the only one who truly can create this prime mover.

The depth of meaning in Dagny’s parallel pursuits is contrasted with her brother’s demise.  Dagny is serially monogamous. She has two affairs. The first with Francisco D’Anconia began as a teenager. D’Anconia leaves her, and does so without an acceptable explanation, specifically refusing to explain himself.  She lives alone until about twelve years later when she begins her affair with Hank Rearden.  James Taggart apparently engages in a series of meaningless nights with just about any woman.  We glean this only in one scene with socialite Betty Pope.  At the top of his career - as the stage is set for his political downfall - he picks up a store clerk, Cheryl Brooks.  That they have nothing in common is obvious. She has the true character of a true millionaire. She never flinches from facts.  James is just a rich lout; and whatever might be in his head is probably marked with stop signs and warning lights.  The full meaning of those many differences becomes apparent as we view the tragedy of Cheryl Brooks. And it is a Greek tragedy.  Like Oedipus, she is a good person, brought down through no fault of her own, as a consequence of seeking the truth to a mystery.

Dagny’s executive assistant, Eddie Willers, grew up with her, as his father had been an employee of hers.  He admires Dagny. Professionally, his job is to deflect demands that would waste her time.  Only near the end, when he accidentally discovers her affair with Hank Rearden, does he realize that he loves her and always has.  (Fans of Atlas Shrugged suggest that in an alternate alternate world, Willers marries Brooks.) That sudden understanding is less than the shock when he later realizes that he has actually described to John Galt how Dagny looks when she is asleep.  Willers knows Dagny with an intimacy most commonly reserved for a spouse.

Today, millions of political conservatives understand Atlas Shrugged as a denunciation of socialism.  (In The Romantic Manifesto Rand explained some of the nuances that necessarily bind the artist to the audience.  Neither knows the intentions of the other. Each brings themselves to the work.) Dagny’s quest is on a different metaphysical plane entirely.  Rand’s egoism is not merely that of a suburban homeowner insisting on the political property rights that allow a fence between his rose bushes and those of his neighbor.  Although Rand abandoned Nietzsche early in life, late in life she titled her tribute to the U.S. Space Program, "Apollo and Dionysius."  Dagny Taggart gives no more metaphysical meaning to the Washington gang than she does to snowstorms and floods.  One of her discoveries is that unlike natural disasters, the Washington gang actually is out to destroy her: it is personal. Nonetheless, Dagny never intends to save the world or defeat the looters. Her goals serve her own needs. 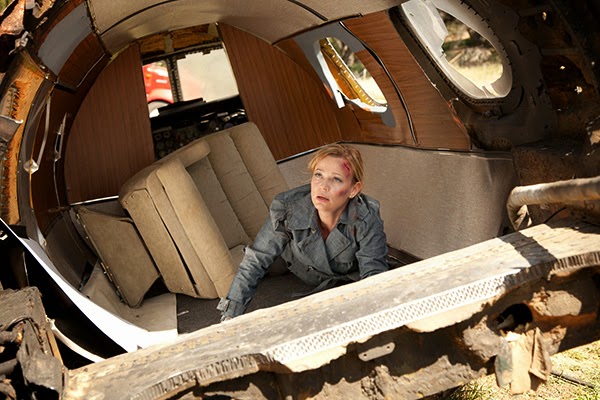 Dagny’s quest for the ideal man reveals a conflict between her values. It has nothing to do with the people actually in her world.  It is an open question.  She always had held the railroad as the embodiment of her virtues.  In one early scene, as a child, she stands with Eddie looking down the infinity of parallel tracks. In answer to his question, “What is the best within us?” She replies, “I don’t know.” Eddie says that they will have to find out.  She stands looking at the track.  Ultimately, she is forced to choose between her railroad and the man she loves. The first time, she opts for the railroad, believing that if she can save it, she can have both.  She chooses to leave Galt’s Gulch.

After Galt’s Speech, Eddie Willers identifies the speaker as a worker for Taggart Transcontinental whom Eddie has known casually for years, “Johnny something…”  Dagny finds his name in the personnel roster and goes to his apartment.  She has been followed by government agents who arrest Galt.  Her betrayal was not intentional. It was nevertheless material. When the striking industrialists rally to rescue Galt, Dagny is with them.  In the ensuing battle, she is the only one who takes a life, shooting a soldier who was paralyzed by fear.  She trades the life of a non-entity to redeem the life of the person most valuable to her, the living generator who embodies her deepest virtues and highest aspirations.