Inspecting the Objectivist Theory of Government

American libertarians generally believe that the only proper functions of government are an army to protect the nation from invasion, police forces to protect citizens from aggression, and courts of law to settle disputes.  That comes directly from Ayn Rand’s essay, “The Nature of Government” published originally in The Objectivist Newsletter (Vol. 2, No. 12, December 1963) and reprinted in The Virtue of Selfishness and Capitalism: the Unknown Ideal.  Beyond that, little work has been done.  When asked in public forums about gun control and capital punishment, Ayn Rand specifically demurred. She had no answers and left it to the future of legal scholarship and jurisprudence.


The Objectivist theory of government rests on philosophical foundations in ethics, morality, epistemology, and metaphysics.  (Rand conflated ethics and morality. We do so commonly, but they are different.  Morality is personal. Ethics are social.)  Any assertions about what is proper or improper must be consistent with the rational-empiricism of a self-interested individual, whom Rand called man qua man.

Your rights can only be violated by volitional actors, by other people.  If you are injured by a horse, the animal did not violate your rights. The police can only act in retaliation to a violation of rights.  So, if the police see a pack of coyotes surrounding a child, are they morally obligated to act?  (I believe that they are. Others disagree.) If the police know from emergency systems that a tornado is approaching, and if they see picnickers on the public square, are they morally obligated to warn people of the danger?  (I must insist that they do. Others claim laissez faire/laissez passer.) If you have an absolute right to self-determination, and you threaten suicide by jumping from a tall building, are the police obligated to intervene?

According Ayn Rand, a truly capitalist society depends on government. Government holds a geographic monopoly on the use of retaliatory force.  A government also enforces a single body of law within that geography.  Rand specifically denounced Murray Rothbard’s theory of “anarcho-capitalism” touted later by Linda and Morris Tannehill in The Market for Liberty (1971), and Jarret Wollstein in Society without Coercion (1969) among others.

We had governments before we had police forces.  The word “police” appears nowhere in the U.S. Constitution. The first police force was the London Metropolitan formed by Sir Robert Peel in 1829.  American cities followed. Today Boston, New York, Philadelphia, and Chicago argue about who had the first by whatever definitions that the traditional "night watch" or "fire watch" evolved to copy the London "bobbies."  It was only after the Civil War that the policeman in a blue uniform became an integral part of large cities.  It is also true that the U.S. Marshals were created in the first session of the first Congress. The Judiciary Act of September 24, 1789, established one marshal for each federal district court. (Image at the Library of Congress here.)  The distinction may make a difference.

Today, we have private companies providing police services, armies, adjudication, negotiation, and arbitration, and doing so in competition and cooperation with each other and in competition and cooperation with traditional nation-state governments. These market entities create their own laws, such as the Uniform Commercial Code.  Businesses and individuals also choose among governments, shopping for laws. Read your mortgage, the bank loan for your car, the terms of your credit cards. It is how a Japanese company, buys parts made in Ireland, by a company headquartered in Germany for installation in cars made in Ohio, to be sold by a dealer in Indiana to a customer from Kentucky. And if pirates in the South China Sea hijack the cargo, the owners will call on a private company to retrieve their property.

In 1972, Edwin Newman interviewed Ayn Rand for his show “Speaking Freely” on NBC-TV. Among other statements, Ayn Rand said: “But on the matter of protecting people from physical danger, if certain conditions of employment, let us say, are unsafe and it can be proved that there is a physical risk – I don’t say that we have to wait until somebody dies – then the employer who is creating this risk can be sued, and can be severely punished financially. In other words, there can be a law protecting a man from physical injury by another man. In this case, the employer who puts men into conditions of danger – not accidentally, but intentionally or carelessly – can be penalized because he is infringing the right of his workers not to be injured physically.”  (That and other transcripts are collected in the anthology Objectively Speaking: Ayn Rand Interviewed, edited by Marlene Podritske and Peter Schwartz; Lexington Books, 2009.) 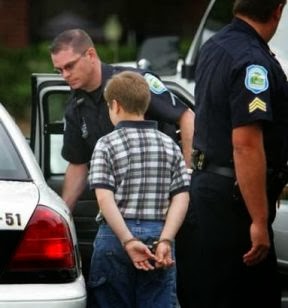 That can bring back the question of the person who threatens suicide. There are many ways to take your own life and rational reasons for doing so; and it is better to face the end under your own control.  But when someone goes to a roof to commit suicide, they are being publicly dramatic. By definition, a person in an irrational state is not capable of making a rational choice.  Anyone in that circumstance has the same legal status as a child.  They get protection they have not asked for.

Discussing these and related problems with other Objectivists I have been accused of being an anarchist, a nanny state progressive, and a totalitarian.  I take that to mean (1) these questions cut to the core of the philosophy; and (2) the problems are not easily resolved; and (3) no one else has a consistent development.