The Next Hurricane Harvey ... 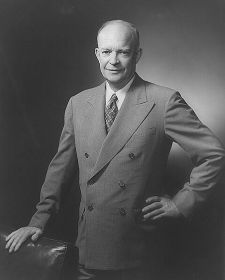 "Some years ago, there was a group in the staff college of which some of you may have heard, Leavenworth Staff College. This was before our entry into World War One, and in that course it was necessary to use a number of maps and the maps available to the course were of the Alsace-Lorraine area and the Champagne in France. But a group of "young Turks" came along who wanted to reform Leavenworth. They pointed out it was perfectly silly for the American Army to be using such maps which could after all be duplicated in other areas without too much cost--they would get some area maps where the American Army just might fight a battle. So, they got, among other things, maps of the area of Leavenworth and of Gettysburg, Pennsylvania, and in succeeding years all the problems have been worked out on those maps. The point is, only about two years after that happened, we were fighting in Alsace-Lorraine and in the Champagne.

"I tell this story to illustrate the truth of the statement I heard long ago in the Army: Plans are worthless, but planning is everything. There is a very great distinction because when you are planning for an emergency you must start with this one thing: the very definition of "emergency" is that it is unexpected, therefore it is not going to happen the way you are planning."