If one person can change the world, four might do 16 times as much. The Philosophical Breakfast Club: Four Remarkable Friends Who Transformed Science and Changed the World by Laura J. Snyder (Broadway, 2011) is the story of Charles Babbage, William Herschel, William Whewell, and Richard Jones. They met at Cambridge about 1810. By 1860, through their hard work and consistent focus, modern science acquired the inductive method and public involvement (and government funding), that resulted in science evolving from a hobby to a profession. 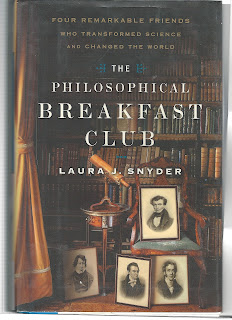 Snyder writes well. The book is engaging, compelling, sometimes challenging. We accept that science proceeds by paradigm shifts, but the advent of modern science was itself a radical redefinition. At the start of the 19th century, what we call “science” was “natural philosophy” and its practitioners were philosophers. It was at the first meeting of the British Association of the Advancement of Science on June 24, 1833, that William Whewell answered a challenge from Samuel Taylor Coleridge, and spontaneously offered the word “scientist.”

More to the point, natural philosophy was pursued by people of leisure, most often men, of course, but also the exceptional woman. No university offered a doctorate in science – only the doctor of philosophy. Though they demanded knowledge of mathematics, baccalaureate examinations did not test for science. By 1860, that changed. These four men made that happen. This is their story.

They all endorsed the inductive method of Francis Bacon. This was not the so-called "strong induction" of Karl Popper and the problem of the black swan which holds that final truth is always elusive because some new discovery will invalidate all we know. Rather, they wrote books and articles about an objective scientific method that begins with observations. Observations become inductive generalities. Those broad descriptions must be fit to a natural law, a deductive truth. However, knowledge does not proceed from pure deduction independent of experience.

Charles Babbage launched the first assault, making his work a personal crusade against the establishment. Reflections on the Decline of Science in England (1830) severely criticized the Royal Society in general and its leaders in particular for creating a social environment inhospitable to professional science, Richard Jones began by addressing economics with An Essay on the Distribution of Wealth, and on the Source of Taxes (1831). It was necessary to begin there because economics in particular was mired in error through rationistic, deductive theories from Thomas Malthus and David Ricardo. Jones demonstrated with statistics - also a new development - that life was getting better, not worse, even for the poorest. Whewell wrote History of the Inductive Sciences (1837) and Philosophy of the Inductive Sciences (1840). Herschel's Preliminary Discourse on the Study of Natural Philosophy (1840) was the introductory volume of Dionysius Lardner's Cabinet Cyclopoedia. His 1859 work, Physical Geography, was part of the Encyclopedia Britannica.

Charles Babbage, William Whewell, William Herschel, and Richard Jones fell out with each other after 50 years largely over religious interpretation. Everyone accepted that species come and go. The fossils that were revealed first by coal mining then by canal building established that. Does God create each new species? Babbage the computer maker said that God made a programmable universe that changes its actions according to a scheme invented once and left to run: "the divine clockmaker" of the Enlightenment. They had a hard time giving up the idea of God. Darwin - a frequent guest of Babbage's - eventually did.

Only because The Philosophical Breakfast Club is praiseworthy do a couple of egregious errors stand out. Discussing the grief of William Whewell at the passing of his wife, Cordelia, Snyder identifies the elegiac as “a classical form of funereal verse famously employed by Ovid in the seventh century BCE.” (page 311) The elegiac may have its roots in archaic Greek culture, but Ovid (Publius Ovidius Nasso) lived some 600 years later. An editor should have caught that. An editor was probably responsible for the horrendous typographical error giving Maxwell's prediction for the speed of the electromagnetic wave as 310,740,000 miles per second rather than meters per second. (page 364)

Less tractable as an oversight, Snyder accepts our capitalist society (and its abundance), but she does not tie capitalism to the rise of science. Taken at face value, these four savants could have brought science to almost any century, surely any period after the Renaissance. Snyder does point out that people limited the size of their families in order to be able to afford the many new consumer goods, the inexpensive luxuries of mass production. But any medieval fair offered such vanities. Snyder also does identify the fundamental errors in the dire predictions of Malthus and Ricardo. What she misses is that public lectures and demonstrations became commercial ventures (as did symphony concerts). It was no longer necessary to be wealthy (or to have a wealthy patron). Unlike “natural philosophy” science was delivered as a service to consumers by competing providers seeking mass markets. Among those consumers were women. Formally disallowed at the Royal Society, they were welcomed at the British Association for the Advancement of Science.


Also, Snyder accepts as given the benefits of government funding of science. Certainly, despite its costs and lack of completion, Babbage's Difference Engine would have been a great benefit, had it been constructed. His Analytical Engine would have compounded the return on investment from the public coffers. That said, of course, a consistent advocate of capitalism would have underscored the many private fundings of pure research through "public subscription" -- today called "crowd sourcing." But that was not the book that Snyder wrote. Taken on its own merits, The Philosophical Breakfast Club remains an inspiring story.

Finally, considering its importance to the story, it would have been nice if Snyder had explained better the theory behind Babbage’s Difference Engine. Again, I understand the problem of mass marketing books about science. Even Stephen Hawking was prevented from using equations. This is what Snyder wrote (page 84):

“The method of finite differences relies on a peculiar fact about polynomial functions. Polynomial functions are algebraic expressions constructed from variables and constants using addition, subtraction, with non-negative, whole number exponents for example F(x) = x2 – 5x + 3. It is mathematical law that any polynomial function of order n will have its nth order difference constant, and each successive new value of the function can be obtained by n simple additions. So, for instance, a polynomial whose highest order is x2 will have its second order of difference constant, and require two additions to reach each successive value.

True though that is, it is not illuminating to the reader who does not remember calculus. I would have said:

“Sir Isaac Newton’s calculus showed how to compute rates of change. An object falls to Earth (or the Moon orbits the Earth) with an acceleration proportional to the square of the time in motion. By the same laws, the attraction of gravity diminishes by the square of the distance. It is easy (now 300 years later) to show that the second difference of those squares—what we learned in calculus to call "the second derivative"—is constant. 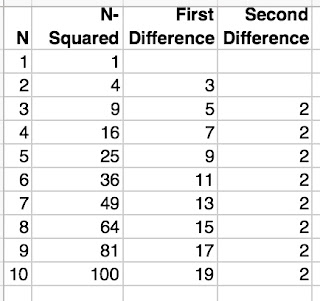 “Therefore, it is possible to construct a machine whose wheels and gears, ratchets, and pawls, crank through these differences to get back to the original function. Because the functions of trigonometry can be expressed as summations of such square-power equations, a machine can calculate any common table needed for navigation – and can do so repeatedly and reliably.”

But I did not write the book. She did. And she did masterful work integrating the biographies of these four savants and putting their lives into context.

Snyder proves her point first by telling of Darwin, who spent many hours in the company of Babbage. She reinforces the lesson with an introduction to the work of James Clerk Maxwell whose equations about electro-magnetism opened the door to the theory of relativity, which Einstein called “the electrodynamics of moving bodies.”

Many other pleasant suprises are here as well, such as Babbage's attack on the Vigenere Cipher. And if you want to raise a toast to science, you can do it with Booth's gin.