The Unnatural Nature of Science by Lewis Wolpert (Harvard, 1993) is a small book that offers a wide range of big ideas.  Wolpert’s title thesis would make a good paper; and not much more would need to be said.  From that, he launches into personal views ever wider from the main idea.  Most of his claims are accepted assumptions and conclusions from within the culture of professional science.  They are easy to agree with.  His initial assertion that science is not common sense is the novel idea worth wrestling with.  The first corollary is that science is not technology.  That, too, pays dividends if you stop to think about it.

Common sense tells us that ice gives off coldness and that plants get their nutrition from the soil.  Scientists discovered truths that contradicted and disproved such “obvious” perceptions.  Science is a very specific and self-conscious way of exploring beyond the obvious. 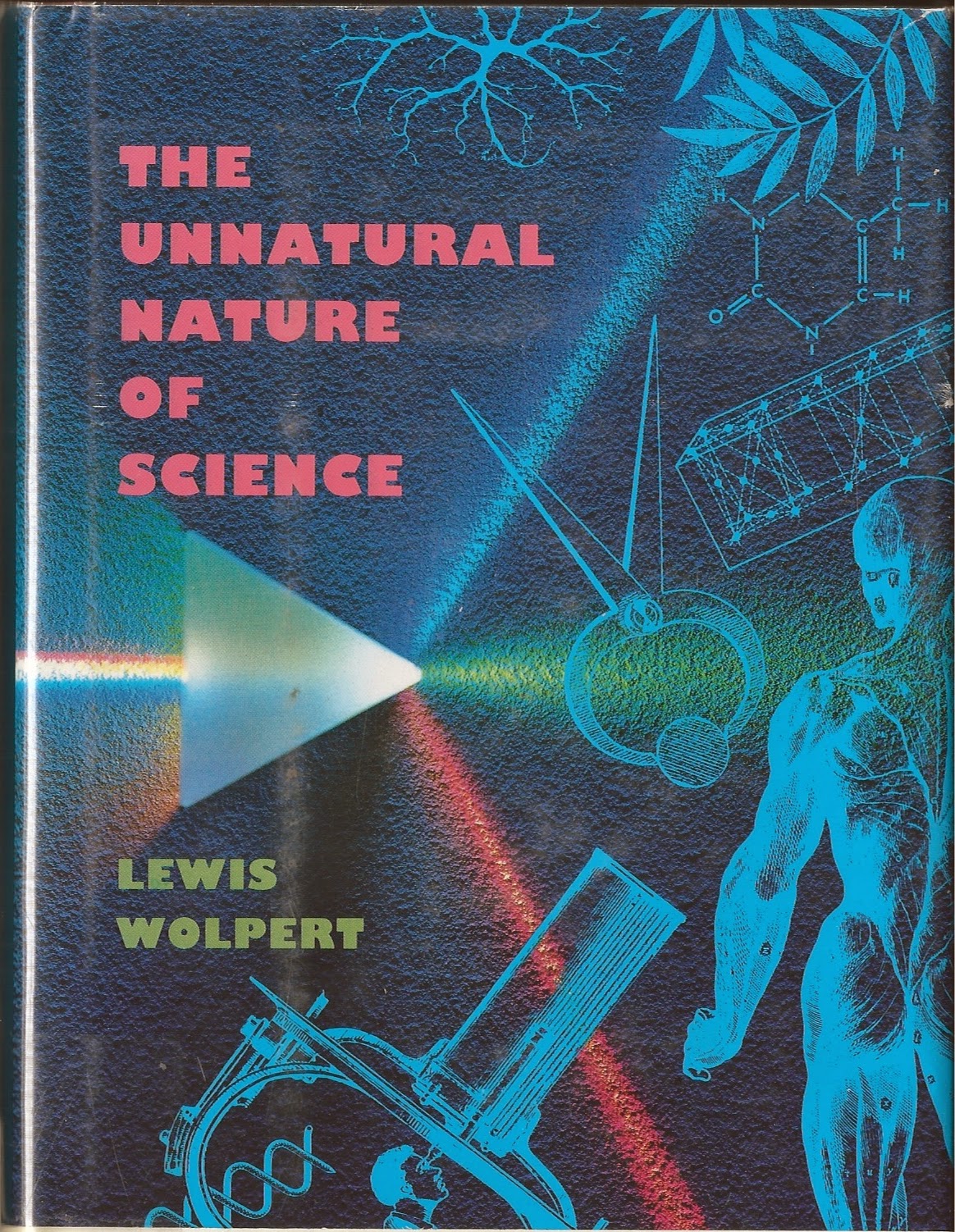 While technical advances were generally anonymous and often controlled by guilds, science is personal: scientists assert and argue in their own names.  Technologies seem to be rediscovered or reapplied as needed among different people in across history and geography.  Science was the unique invention of classical Greece.  No one else had it. Our time is new and unusual specifically because science does inform technology. Traditionally, the two were distinct, with technology being a consequence of common sense.

Paradoxically, the history of science provides many examples of competition or independent work on similar problems.  Ultimately, individual scientists might be replaceable in ways that individual artists never could be.  Without Crick and Watson, another laboratory would have teased out the structure of DNA.  Without Shakespeare, there could have been no Hamlet.

Wolpert only suggests several interesting observations of his own about creativity in science, without daring a scientific explanation of it.  While the scientific method demands that published papers follow a rigid format of reporting within an established methodology, no method for creativity exists.  It is not mere accident, though such chance events are easy to perceive.  Whatever the trigger, the visible event always depended on a broad and deep exploration by hard thinking about careful experiments.  “Fortune only favors the prepared mind,” said Pasteur.

Even though competition is keen, and egos are large, science is a group effort.  Individual scientists work together; seclusion is rare.  Moreover, scientists publish their findings, reporting to each other, so that their work can be re-tested and validated.

Wolpert refutes the postmodernist critics of science. If, as they claim, science is only a socially-constructed set of opinions, then is not that same claim itself not just another subjective viewpoint from a self-approved sect?  According to Wolpert, at best today, sociology is a “premature science” about where biology was in the eighteenth century.  In the closing chapters, Wolpert explores the “social responsibility” of scientists, advocating for openness, rather than secrecy.