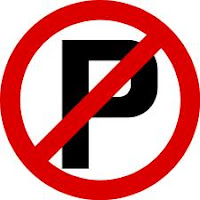 Edward R. Tufte's classic works - Envisioning Information, Visual Explanation, and The Visual Display of Quantitative Information - are milestones in applied epistemology.  Drawings convey meanings across verbal barriers.  But at some level, they must be learned.  A Martian watching a baseball game could probably figure out about half of it in the first two innings. But the other "half" is actually the 90% that brings joy and sorrow to fans.  The classic No Parking sign seems universal, but could mean almost anything.  The Journal of Irreproducible Results published a textured, grainy, and striated image that could save you money by being included as an example in many kinds of research.  (Unfortunately, some scientists do re-use their data, and other people's data, in just such a manner.  See Misconduct in Scientific Research on this blog.)  Humor and fraud help define the limits of the acceptable interpretations of images.  Yet, like a linguistic gold standard, one picture remains worth 1000 words, no matter how many new words we invent.

Many philosophical Objectivists easily assert that in the hierarchy of knowledge metaphysics is the base upon which epistemology rests. However, Leonard Peikoff wrote that the two studies are dependent on each other. 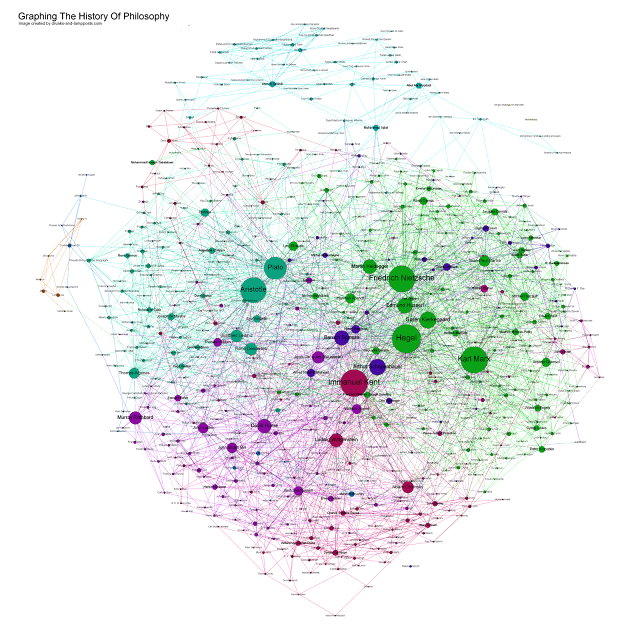 A Historical Map of Philosophers by Simon Raper at the "Drunks and Lampposts" blog. Raper used a mathematical visualization tool called gephi (see the website here).
The Continental Tradition is green. Purple dots are British Empiricists
(including those not actually from the UK such as William James).
He derived his data from Wikipedia articles citing the influence of one philosopher's work from and then to others, as easily, Plato and Aristotle, Leibniz and Descartes (teal). 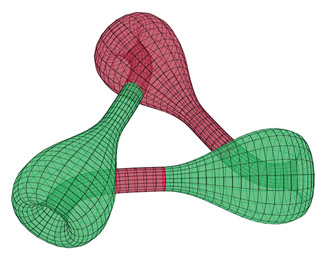 The Klein Bottle is to three dimensions what the Moebius strip is to two: it folds into itself, forming a continuous space (or surface).  Here, three Klein Bottles are interconnected. Could this map the way that planetary geology suggests the changes in weather and climate that alter ecological and economic possibilities, causing political changes in social organizations and institutions? 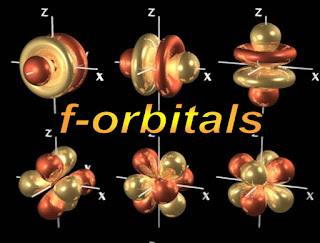 Although he claimed to distrust philosophy, Richard Feynman was not alone among the empirical scientists who suggested that what we perceive as "particles" or "statistical waves" are only the fields which are themselves manifestations of something "deeper" or "beyond."
In business, firms merge and divest, departments are reorganized, investors take or sell off large interests. In the multi-party politics of Europe, alliances over issues come and go. Consequences that have not been foreseen might not be mappable until after the fact.