Most people call it “coin collecting” but numismatics is the art and science that studies the forms and uses of money. This includes stock certificates, bank drafts, military decorations and fine art medals as well as coins, which, after 2500 years, are still the most common form of money. “Coins are history you can hold in your hand,” is a common saying in numismatics.  You can own a coin struck by Philip II of Macedon and believe within reason that it might have been given to Aristotle.
Back in the 1990s, inspired by the episode “Backbone of the Night” from Carl Sagan’s Cosmos broadcasts, I assembled about 25 ancient coins from the towns and times of famous philosophers, from Thales to Hypatia. Except for the Owl of Athens and a tetradrachm from in , none cost more than $200 and most cost less than $100 at the time.


The political leaders of the American Revolution who signed the Declaration of Independence, the Articles of Confederation and the Constitution, also signed paper money. Many of these are available in middle collector grades, Very Good to Very Fine, for less than $500, sometimes surprising less.

During the late 1700s and early 1800s, the British royal treasury was nearly empty, yet the benefits of capitalism were everywhere. Taverns and merchants issued their own bronze penny and halfpenny tokens. Hundreds of types and thousands of varieties are known. Many of them celebrate trade, commerce, peace, and prosperity.

In , from about 1834 to about 1844, a series of economic changes brought “hard times” and Hard Times Tokens. These privately minted coins stand out as being pointedly political, for or against Jackson, Van Buren or Daniel Webster. There were even Abolitionist tokens. These all circulated in daily trade. Many are also advertising cards, for instance for Van Nostrand, which then was only a bookstore in .
Canadian tokens of the 1840s were part of the social fabric that led to The Rebellions and ultimately to the burning of the Parliament at . Other Canadian tokens from the explicitly honor Trade and Commerce, and state “Pure Copper is Preferable to Paper,” and assert, “More Trade, Fewer Taxes.”


During the early 19th century, private banks in America often displayed vignettes of Spanish and Mexican coins.  Promising to pay "25 cents" or "50 cents" the pictures would be of one- and two-reales coins.  (See Spanish Coins on American Notes here.)

Stock certificates from the Edison Companies are always in greater demand, and certificates from the mid-1800s cost much more than those from the early 20th century. However, the Erie Railroad, the New York Central, Bethlehem Steel, and the many Edison Electric companies left us legacies that are very affordable.

Numismatics is one of the last unregulated markets. In the , no government licenses or special regulations exist to define who is a numismatist.  (Specific laws do define “coins” and otherwise regulate the creation and production of money objects and money substitutes.)  The very few college courses in numismatics on American campuses are fleeting at best, though in such studies are recognized. In this market, anyone can claim to be anything. Validation, such as it is, is by ad hoc standards of conduct set within the hobby by private organizations: the American Numismatic Society, the American Numismatic Association, the International Association of Professional Numismatists, and the Professional Numismatists Guild. These groups set standards far above any government laws. For instance an ANA dealer can be banned from membership for selling a single counterfeit item, and ignorance is not an excuse.

Realize that even among the oldest known examples, few types of coins are objectively rare. In fact, demand drives price.  So, an ancient Roman coin, known only from a museum catalog, will be dirt cheap compared to a so-called “rare” American coin with a certified population in the tens of thousands.  Coins, stock certificates, bank drafts, and other monetary media always were  intended to be common. Coins are easily the most common artifact of any civilization - and even so-called "primitive" societies have objects of social status that serve some of the purposes of money.

We have a slogan in numismatics: Buy the book before you buy the coin. It is a general warning that this is a hobby where knowledge and money are identical. Numismatics is a hobby that actively rewards greed. 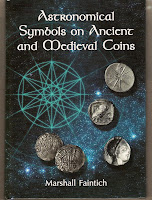 If you have a passion for a time and place in history, such as the American Revolution or the Golden Age of Athens, you will enjoy your acquisitions - but you may not find another buyer later.  In a previous generation, most American collectors accumulated circulating American coins.   Today, collectors tend to become specialists.

The American Numismatic Association offers two sequential week-long seminars on its campus. They also provide a range of self-study materials; and they grant a master’s certificate in numismatics.  Numismatists are autodidacts.

My interest, of course, goes back to reading Atlas Shrugged as a teenager.  But it was not until 30 years later that I became active in the hobby.  I wrote magazine articles and then joined Coin World as their international editor for a year.  After that, I stopped collecting entirely, sold off my inventory, and focused on research and reporting.  (See Forgery and Fraud in Numismatics here on Necessary Facts.)

I have been editor and webmaster for the Michigan State Numismatic Society (2004-2011) and for seven years (2003-2010), I wrote the “Internet Connections” column for The Numismatist.  Below are some of the trusted resources that will help you find your own interests in this huge, unregulated market for the material artifacts of trade and commerce.

The American Numismatic Association was founded in 1891, and chartered by Congress in 1912.  Congress declared the charter permanent in 1962.  At semi-annual ANA conventions, about 300 dealers from around the world come to meet several thousand collectors.  You also will find sales booths for private and government mints from around the world, as well as educational seminars, museum-quality educational displays and judged exhibits, various auctions, and nightly awards dinners and celebratory parties.  You can find local member dealers via the ANA website.

The American Numismatic Society  was founded in 1859 and is considered the more scholarly of the two national American organizations. The ANS is focused closely on colonial and early republic American coins and paper money, ancient coins, and similar topics.

For several years, Clinton Hollins ran classified ads selling 100 different stock certificates for $55.  After he passed, his wife took over the business.  They also sold the standard catalog for American stocks and bonds.  Scripophily is the formal name for the study of stocks, bonds, and fiduciary instruments; and specialty clubs and other resources are out there.  Find the Professional Scripophily Trade Association here.


These discussion boards are trusted places for new and experienced collectors to share information, news, and gossip. 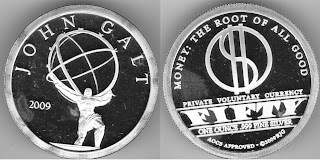