Objectified is a film by Gary Hustwit about design, designers, and the objects that they create.  Dieter Rams of Braun and Apple’s Jonathan Ive appear, of course. (See, The Genius of Design below.)  So do thirty other designers, and a couple of supportive critics, such as Paola Antonelli of the .  IKEA and Target both get cameo roles as they deliver to us the magic of inexpensive mass produced items that ennoble us, their owners, with the spiritual benefits of good design.  You and I also appear in anonymous walk-ons because in the words of Andrew Blauvelt, “anything that is touched by man, is transformed by man, is by its very nature designed.” The human-built environment is design. 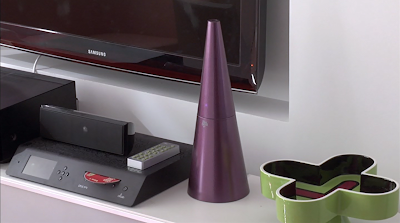 Karim Rashid works for the “techno-organic world.” As a teenager, he owned a Claritone stereo radio and a Braun alarm clock and through his teenage angst, looking at them alone in his room brought a sense of comfort.  He calls our time the “third technological revolution.” To him, our living room furniture is like a kitsch stage prop. “When I get up from my laptop and my iPod, do I get into a horse and carriage? No.”

According to Andrew Blauvelt, the design concept has three layers. First form begets form, the formal logic of form.  Then come symbols and symbolism, the cultural symbols.  From that comes the contextual symbolism of making coffee, for instance, the bigger scenario of the human-object relationship.  The little rituals define the fork and knife.  The vacuum cleaners from Dirt Devil and Dyson extended the horizons for a single-use product into designer goods for display. Ultimately, the Roomba programmable robot vacuum allowed an undreamed of level of hacking as user interaction. 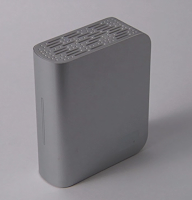 Alice Rawsthorn of the International Herald Tribune points out that if you were a Martian and you came to Earth, you could pick up a spoon or a chair and pretty much get a feel for their purpose.  Now, the digital age removes that.  Objects can take any shape.  This leads to tensions and conflicts in design.

But objects do not take just any shape.  Some seem intractably wedded to their pasts.

Three principals from IDEO of Palo Alto shared a common theme in their different experiences of design.  "I inherited my father’s leather briefcase and it got better with time and I look to passing it on.  I look to designing things for wearing in versus wearing out.  ... I designed the case for the GRiD “Compass” computer in 1987, the first laptop.  When I got it home I realized that the beautiful case and clever latches were irrelevant to the user experience, so I came to study software interfaces.  ...  "

Naoto Fukusawa designs hardware interaction. Subconscious actions develop the mind and soul: design dissolving in behavior. “A very important turning point for me was the term "obsessive sketch" by Takahama Kyoshi, the haiku master. When the poet’s sentences are overly visible the audience may become uncomfortable. Japanese ritual is the opposite.”

Rob Walker of the New York Times Magazine asks rhetoically, when the hurricane is coming and you have twenty minutes to pack, what do you grab? Not the object that got a great review in some design magazine, but the object that means the most to you.

Paola Antonelli insists that “democritization of design is an empty slogan.” According to Paola Antonelli, “design takes revolutions and progress and makes it into objects that we can use.”

Speaking of his work on the MacBook Air and MacBook Pro, Jonathan Ive says that the curse of being a designer is always looking at everything and wondering “why does it have to be that way and not some other way?” 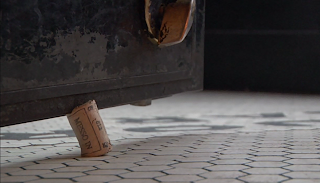 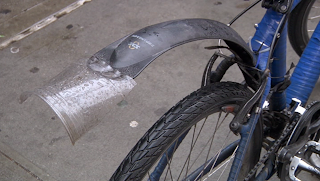 I want things that do not exist, that you cannot go out and buy, what is going to happen, not what has happened. – Marc Newson.