The Genius of Design

“For industrial designers, the world is never enough. They give shape and texture to the world to make it livable—indeed, beautiful—for the rest of us. This fascinating five-part documentary examines the art and science of design and the stuff it shapes, from computer chips to cityscapes and everything in between. See the evolution from artisans’ workshops to industrial mass production, and the profound changes it has wrought in our economy, society, and environment.” – from the promotional.

In five episodes running 242 minutes, we meet some of the leading designers who gave us our material world.  They are not engineers. They are not scientists.  The Apple computer was the creation of Wozniak and Jobs, of course, but they did not give it the form we know.  Their Macintosh, their iPod, Sony’s Walkman, all of the furniture in an IKEA warehouse, and even the weapons of war achieved materiality because designers thought long and hard about how real people would use these common objects.

“Meet historians, critics, and legendary contemporary designers, including Dieter Rams (Braun electronics), J Mays (Ford), and Jonathan Ive (Apple), who reveal the thinking behind iconic products such as the VW Beetle, the Eames chair, and the computer desktop. Along the way, discover how design has influenced even the outcome of war.” 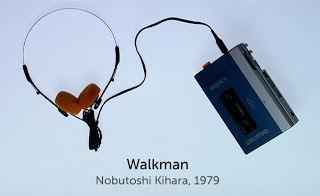 At a time when – surprising to us, today - German goods were called cheap AEG launched what may have been the first modern rebranding.  They hired Peter Behrens who created a new AEG typeface for both their advertising and their product labeling. From William Morris and the Arts and Crafts movement to Dieter Rams of Braun, from Henry Ford to Ford Motor’s J Mays, we meet the people and their works and their critics (mostly favorable).  Produced for Athena Learning by Tim Kirby’s team for Wall to Wall Media, the video is supported by the Athena website (here) which delivers biographies of Raymond Loewy, Margarete Schütte-Lihotzk, Henry Charles Eames, Alberto Alessi, and Philippe Starck.  The videos also show us Joe Columbo, Robin Day, Jock Kinneir and Margaret Calvert, Earl Silas Tupper, Verner Panton, Marc Newson, and Michael Graves, among many others.  You may not know the names, but if you ever read a highway sign or sat in a plastic chair, you know their work.  It is not always easy. The graphical user interface was first introduced in 1963. 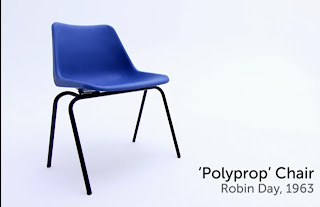 Supporting the presentation, the website also delivers a study guide for classrooms, and a booklet with more ideas centered on design failures. 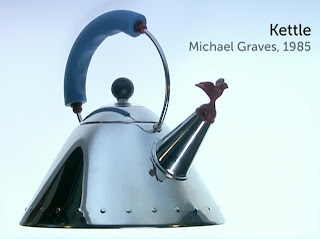 Michael Graves found his inspiration - in part - at a flea market, where he saw a hand-made stopper, carved as a rooster which sang when the water boiled. The conical shape was dictated by the need to boil water as rapidly as possible.