A Good Place with Inadequate Philosophy

We enjoyed The Good Place. We watched it on disc and look forward to the release of Season 4. The show’s chatty dialogs on moral philosophy were pleasant and satisfying. The characters were engaging. We cared about what happened to them. It would be nice if The Good Place brought philosophy into the cultural mainstream something like what Star Trek’s original series did for science fiction. Like ST:OS, The Good Place had its flaws. 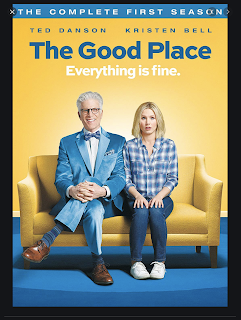 Although the show namedrops several moral theories, it reverts back to Platonic altruism: your actions can be judged good if and only if (1) the goal is to benefit others and (2) you are not invested in the consequences to yourself.

“Todd May and Pamela Hieronymi [are] the show’s philosophical advisors. While The Good Place hewed to the demands of a network sitcom—there was hugging and learning and quite a few jokes about farts—it also centered an ongoing debate about moral philosophy, from Aristotle up to the present day, and May and Hieronymi made sure the show stayed true to its grander ideals. Hieronymi, a professor at UCLA, introduced creator Mike Schur to T.M. Scanlon’s What We Owe to Each Other, which would become an onscreen bible for the show’s in-house philosopher, Chidi Anagonye. May, who teaches at Clemson, starred in a series of short videos explaining concepts like existentialism, utilitarianism, and deontology…” (Slate, 03 Feb 2020 here.)

In addition to Aristotle’s virtue ethics, the show tossed out references to consequentialism and Scanlon’s contractarian  theory. Egoism did  not even get a nod. More deeply, the intention seemed to be to find one absolute standard for all contexts. Although I personally subscribe to Randian Objectivism as the best solution, always bringing all decisions to what is best for me, the fact remains that secondary theories such as contractarianism are useful and important. It depends on the context. And secondary theories can reflect back on primary considerations. It is not generally in your self-interest to habitually break your promises—unless you want to end your life as a hermit, even within a metropolis.

My first class in criminal justice at Washtenaw Community College in 2005 was Ethics in Law Enforcement. Our professor was Ruth A. Walsh. Once the term was under way, we were given challenges to write about. Ms. Walsh expected us to apply all of the theories we were learning in order to analyze each problem from several viewpoints. Later, at Eastern Michigan University, working on my bachelor’s I tallied about 50 different theories to explain crime. That holistic approach to challenges in morality came in handy in my last class in graduate school (2010), Ethics in Physics.

I accepted that as a validation of the operation of necessary factual truths. At least 300 proofs of the Pythagorean theorem have been published. If an action is moral, then it can probably be justified not only by egoism, but by Kantian deontology, utilitarianism, pragmatism, and other constructs. If attempting that leads to contradictions, then one or more theories would be false on that point. In other words, moral theories are tools. You need to use the right tool for the right job. Do not use your screwdriver for a chisel. You would not use vector algebra to make change at the supermarket checkout, projecting quantities on a plane that reduces the unit vectors to zeroes, leaving only a one dimensional scalar. Just count the coins. 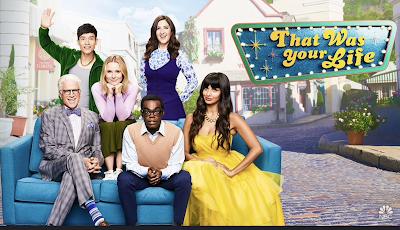 Can you save the whales? Should you bother? The inverse square law says that I cannot be very effective at that (here). On the other hand, I recently twice spent $20 on five boxes of Girl Scout cookies for the office. Not only does bringing cookies make me popular with my colleagues, but the money supports a local organization that I approve of. And the acts had a contractarian aspect: my first wife was a Girl Scout; and she taught me to always leave a place better than you found it. That lesson prepared me to engage the same behavior when, as a member of the Texas State Guard, I was part of a group using the barracks of the Texas Department of Public Safety, the Texas Army National Guard, and Sea Star Base Galveston.

The Big Whimper of Modern Philosophy