The Future of Money

In the future, we will recognize money created by individuals, rather than by organizations. Individuals such as Taylor Swift, Bill Gates, Warren Buffet, and Oprah Winfrey are certainly in positions of visibility and trust to enable that.

(This is based on “The Future of Money,” delivered for the Maynard Sundman/Littleton Coin Lecture Series, at the American Numismatic Association “World’s Fair of Money” in Chicago, on August 14, 2019.)

Third-party trust services such as Paypal could enable everyone to issue their own personal money. We have had reporting mechanism such as Moody’s and Barron’s for over 100 years. And of course, we now have Equifax, TransUnion, Experian. But they are only the inheritors of the Bank Note Reporters of the early to mid 19thcentury.

Money markets could be radically restructured by some new reporting mechanism. In a session on the future of law at the Armadillocon-41 science fiction convention in Austin last week, it was suggested that the blockchain mechanism could allow evolving contracts. So, too, would a blockchain identity manager allow you to always show the spendability of the money you issue.

The idea of personal money was explained in two books from the 1930s. A New Approach to Freedom and The Flight from Inflation by E. C. Riegel. They would have remained even more obscure than they are had they not been touted to the libertarian community by Harry Browne, the author of How to Profit from a Monetary Crisis and other books consumed by gold bugs. For that he was the Libertarian Party presidential candidate in 1996 and 2000.

I assert as my own theory that alone on an island, Robinson Crusoe would need money, just as he needed language and for the same purposes. We will see that money and language are tightly bound. Robinson Crusoe would need to know whether it was more efficient and effective to catch fish, gather cocoanuts, plant wheat, or hunt pigs. She would need a way to track his efforts and successes in order that he could survive and thrive. He needs mechanisms for accounting for his work and for storing his effort. Having an abundance of dried fish, the realities of supply and demand and of diminishing returns might induce her to seek wild fruits or edible tubers, both of which might become cultivated crops. But without money – even intuitively -she has no way to know. You might think that Robinson Crusoe has no need for exchange, but whether he eats a fish now, dries it for later, or buries it to condition the soil are exchanges.

During the great fairs of the Middle Ages, bankers met to clear their books of assets and liabilities and they reconciled their accounts without ever touching a coin. We speak today of virtual currencies but the system of pounds-shillings-pence was invented by medieval bankers to come to grips with a huge array a plethora of local coinages whose weights and finenesses changed over time. This was facilitated by a new form of enumeration, so-called Arabic numbers conceptually different from Roman numerals. That system, incidentally, was at first declared unlawful by the very Italian cities whose successes depended on it. 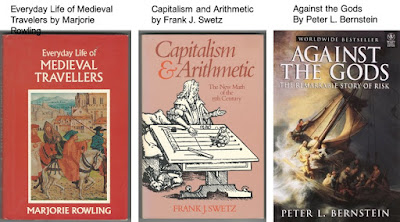 Every civilization has had merchants. The Sumerians had a commercial colony among the Hittites. What made capitalism possible was the invention of the mathematics of risk. Chance became measurable. Predictable outcomes could be monetized and sold in the first stock exchanges. Modern banking and the insurance industry both began in the coffee houses of London. 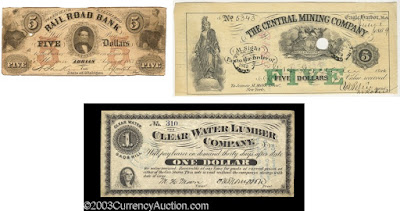 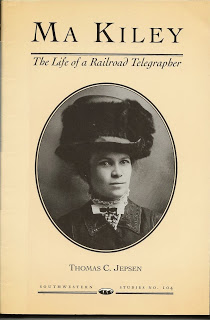 Ma Kiley was a member of two unions, one for railroad telegraphers, the other for telegraphers at banks, hotels, and other businesses. The unions were not recognized by management and owners, of course. But the union members recognized each other, and maintained their solidarity. If a boomer could not afford a railroad ticket, a sympathetic railroad conductor might acknowledge the membership pin worn by union members and find seating for them.

In our time we have other media to carry the same workload of transferring values among people. It can begin with ritual gift exchange, especially for those times when cash would be so awkward. 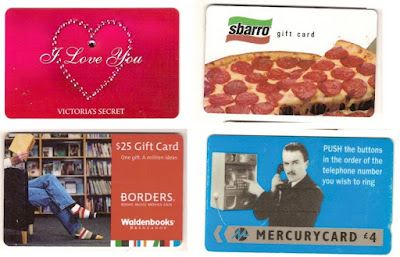 When thinking about the future, I recommend the works of people who have been proven right over time. It so happens that the free market economists of the Austrian school shared many of the same misconceptions about money presented by Karl Marx.

Instead, I recommend urbanist Jane Jacobs. She said that the first cities did not evolve from farming villages created when pastoralists settled down. She said that the first cities grew out of camps where hunter gathers met to exchange their surpluses. From those cities, farming expanded outward. The simple fact is that tractors are not manufactured on farms. When crops fail, farmers go hungry but the city just imports food from farther away. She made those and other predictions that were supported by later excavations of Çatal Hüyük in Turkey and other sites. She also said that contrary to Peter Schumpeter’s theory of “creative destruction” very little is actually destroyed by innovation. 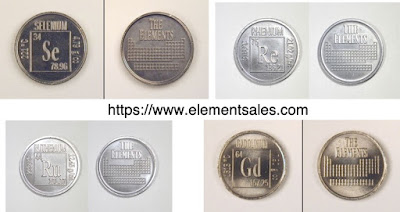 Jacobs pointed out that when steam machinery began to supplant literal horsepower, the craftsmen who had been making brass fittings for horse tack put their lathes and hammers to work turning out fittings for industrial machinery. This was supported 40 years later by George Selgin’s book Good Money: Birmingham Button Makers, the Royal Mint, and the Beginnings of Modern Coinage, 1775–1821. So, I assert confidently that as much as the future will bring unpredictable novelties, many of the structures and functions that we have in our social institutions today -especially money- will continue to evolve.

We will always have coins, notes, and cards. A hundred years from now, people will not be spending uranium coins on the streets of Chicago. But do not be surprised if an asteroid colony begins to issue advertising trinkets made from rhenium, osmium, iridium or whatever it is that they have a lot of and want to sell. Money may take different forms and formats. But we will always have an affinity for tangibles. We already have coins shaped like guitars and baseball gloves. This will only continue. 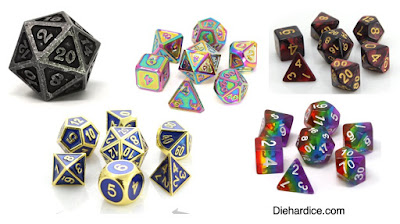 Nothing teaches arithmetic like money. Would you rather have two shillings or 25 pence? And if I gave you a shilling five for a box of sweets at a farthing each could I get five dozen or maybe six? In the future, people will do blockchain calculations in their heads, perhaps with the aid of silicon, maybe with enhanced RNA.