War is Good for Absolutely Nothin’

One person can make a difference. Whether that is for good or bad depends on much that is outside the control of that significant mover and shaker. In the cinema version of Charlie Wilson’s War, Gust Avrakotos tells the parable of the Zen master who at each turn of events deflects the popular wisdom with “We shall see.”  In other words, external events can bring unintended consequences to your choices. That is the truth brought forward by these two books. Charlie Wilson’s War is about Afghanistan, and Bright Shining Lie is about Vietnam.


The foundation of each narrative is the nature of the complex person whose work was unperceived at the time. Not all of the damaged souls in our social world are capable of great feats. Not all of those who move the world or shake it wrestle with internal demons. Often they do. Perhaps that internal energy is the secret motor that powers achievement, certainly for them, forcing other people to give way or to follow, but always to succumb to the irresistible force of highly motivated charisma.

Charlie Wilson (1933-2010) was a Congressman from East Texas whose conservative and Baptist constituents repeatedly re-elected an alcoholic womanizing liberal. Fired up by a story about the mujahidin who fought against the USSR’s invasion of Afghanistan, Wilson made their fight his crusade, turning a $5 million dollar stream of 100-year old rifles into a $500 billion Noahtic flood that included Stinger missiles, cryptologic radios, satellite reconnaissance, Tennessee mules, and the uniting of Israel and Saudi Arabia in a common cause under the control of Pakistan.

The phrase “bright shining lie” comes from Vann’s own description of the press conferences for which he coached Gen. Huynh Van Cao to give optimistic projections for victory. While working for the RAND Corporation, Vann’s close friend, Daniel Ellsberg, discovered that for the first fifteen years of the Cold War, the USSR lacked the hardware for significant intercontinental strikes, raising questions about the origins of the Cold War. Another lie was that Vann’s military career was thwarted by his outspoken advocacy of his own cogent analyses, when, in truth, it was blocked by a charge of statutory rape, the outcome of just one of many infidelities. Thus, John Paul Vann is a symbol for America, outwardly heroic, but factually corrupt, nicely navigating the gray shades of ethics to maintain a towering jackstraw jumble of lies. Vann’s eight years “in country” were so important to the effort in Vietnam that he eventually was given immense military latitude, technically a civilian but with the trappings of a major general, another living lie, reflective of America’s ambiguous status in the war.

Like America, John Paul Vann was self-made. Illegitimate and poor, the son of an alcoholic floozy, Vann took the family name of the man who was his actual father years ahead of the formal adoption.

The author admits early on that Vann had a detachment of mind that let him criticize his own assumptions. This gave him an intellectual edge over men too easily convinced by their own wishes. However, later Sheehan shows Vann caught in his own web – calling for air strikes, propping up corrupt officials, excusing the very policies he earlier opposed – but Sheehan never shows the transition, if there was one.

In fact, Sheehan says very little about the direct work that Vann did which Vann himself considered fundamental to the war effort. We never see Vann meeting with villagers, meeting with frontline military. We do know of his arguments with the top brass, but we never see the dialectic within his own mind.  In Charlie Wilson’s War, we do.

A producer for Sixty Minutes, Crile invested years of continuous effort, interviewing the people in the story, constructing a coherent narrative of external events and internal thoughts.  The author takes us with Wilson into the Pakistan-Afghanistan borderlands, first to see the problem, soon to donate his own blood to the medical efforts (several times), and eventually to travel into Afghanistan on horseback, dressed as a local, to receive the thanks and praise of the mujahidin. We also hear the private reflections of the Congressman, the CIA chiefs (and their “Indians”), the Congressional leaders, even the President of Pakistan and the Crown Prince of Saudi Arabia, among very many others. 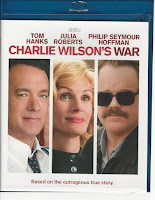 As books go, I found Charlie Wilson’s War to be a pleasure to read. Whether Crile is a true master of good English or had good editors or both, I found none of the many little annoyances that plague modern literature. Better than the lack of negatives, Crile’s history is positively compelling, hard to set aside, always to be anticipated as a reward. I do have a quibble: he refers to the USSR and its soldiers as “the Soviets.” It is common and convenient, but wrong. I learned to avoid that mistake in 2008 from Dr. Pamela Graves (a good Marxist) when taking HIST 456: Modern Europe 1945-Present.

Ultimately, both Vann and Wilson failed. The government of South Vietnam was incapable of prosecuting the war because it was incapable of earning the trust of its populace.  Just as bad for us was the victory we brought to the mujahidin, and our consequential involvement there and in Iraq, and now in Syria.

Ayn Rand pointed out repeatedly that US foreign policy in opposition to the USSR was doomed to fail as long as our government failed (refused) to acknowledge that America’s moral superiority is built on reason, individualism, and capitalism. All through those decades, our government yielded the moral high ground to the USSR, which claimed scientific history, altruism, and collectivism, all of which our own government did not contradict, but in fact endorsed.  Therefore, we failed in Vietnam. And the successful defeat of the USSR in Afghanistan only brought us Abrahamic co-religionists who destroyed the World Trade Center – and who now carry out acts of horror in offices, shopping malls, and airports.

In the 1960s and 70s, the USA and the USSR competed in Afghanistan by building roads, hospitals, and schools.  Modernism never was strong in Afghanistan. Its reformist monarch Amanullah Khan and the liberal nationalist intellectual Marmud Tarzi had their zenith in the 1920s.  Yet, whatever its many flaws, the one thing that Russian socialism had to offer was modernism founded on public education for everyone.  But the USSR abandoned that path in Afghanistan, resorting to brute force against an enemy that lived for it – and believed that brutality toward one’s Earthly enemy is the path to heaven.  That the USSR pushed an officially atheistic secular humanism only guaranteed an irreconcilable conflict. If the USA had kept to its earlier course in Afghanistan, investing in infrastructure and education, rather than arming the resistance, it is difficult to imagine an alternate history worse than the real one.