In my personal life and professional life I have always worked best alone, and second best as a supporter. I do not join many clubs.  When I am in a community group, if I choose to volunteer for office, I get elected as secretary or vice president.  I never let myself be made president.

Lifelong experience taught me that no one accepts my suggestions.   I know what to do. I see a solution. I question everything, even my own ideas.  My solutions are heuristics, not algorithms; theories, not formulas.  By “theory” I mean the formal, scientific definition: a conceptual explanation of facts that allows prediction and falsification.  New facts may require new a new theory. Not many people are comfortable with that.

What everyone else does is common sense: it gets the job done, but is suboptimal. 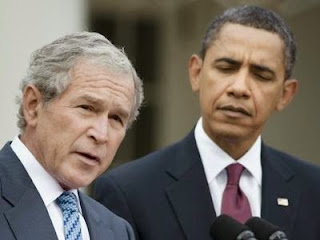 Informal leadership is chemical, like love.  The real leader of a club might be the vice president. If you gather all of a corporation's emails and graph the to: and from: fields - never mind the content - you will see the real organization chart.

The military is all about leadership at a depth of commitment that the corporate world cannot understand.  Everyone from corporal to general is in charge of other people.  You do not go into leadership in a quantum leap.  Three grades separate the trainee, private, and specialist from the corporal who has earned responsibility for a group of four.   The army corporal is an E-4, Enlisted grade 4.  A command sergeant major is an E-9.  Above the 2nd and 1st lieutenants and the captain, is Officer grade 4, the major. The four-star general is an O-9.  It is all very granular.

Customs and courtesies get complicated. Basically, enlisteds do not salute each other. We do salute officers.  Officers salute each other.  (Enlisted E-4 and above are “non-commissioned officers”; real officers are “commissioned officers.”)  Even though America was founded specifically and purposely as a democratic republic, the military follows the British tradition of a class-based society.  You address an officer as “Sir” or “Ma’am”, but they call you only by your rank.  Invitations to social events go out to “officers and their ladies, sailors and their wives.”  Just as in Animal Farm, our revolution left some of us more equal than others.


Customs and courtesies can get complicated. I am a petty officer third class in the Texas maritime regiment (TMAR), within the Texas State Guard, which is a component of the Texas Military Department, a state agency.  As an E-4, I am equivalent to a corporal. Teaching a class in computer operations earlier this month, I stood before a class of 14 people, from sergeants to captains.  I called attention, “Class… Ten…. Hut!” And they came to their feet.  I was in charge of the class.  It is common in the military for non-coms to train officers.  Unlike the corporate world and informal society, compliance does not depend on approval.