The premise is that Darwinian evolution is unproved and unprovable. It is accepted on faith, passed to students on the authority of professors.   Darwinian evolution has its problems, but this video does not address any of them.  It is a religious tract.

I got the video on the UT campus where they were being handed out.  Packaged as a bait and switch,  Evolution vs. God is a one-sided argument with an assortment of college students and professors. They are neatly boxed in by their own ignorance of Darwinian evolution and their personal failings as moral philosophers.  And, of course, we never see the ones who were not defeated. 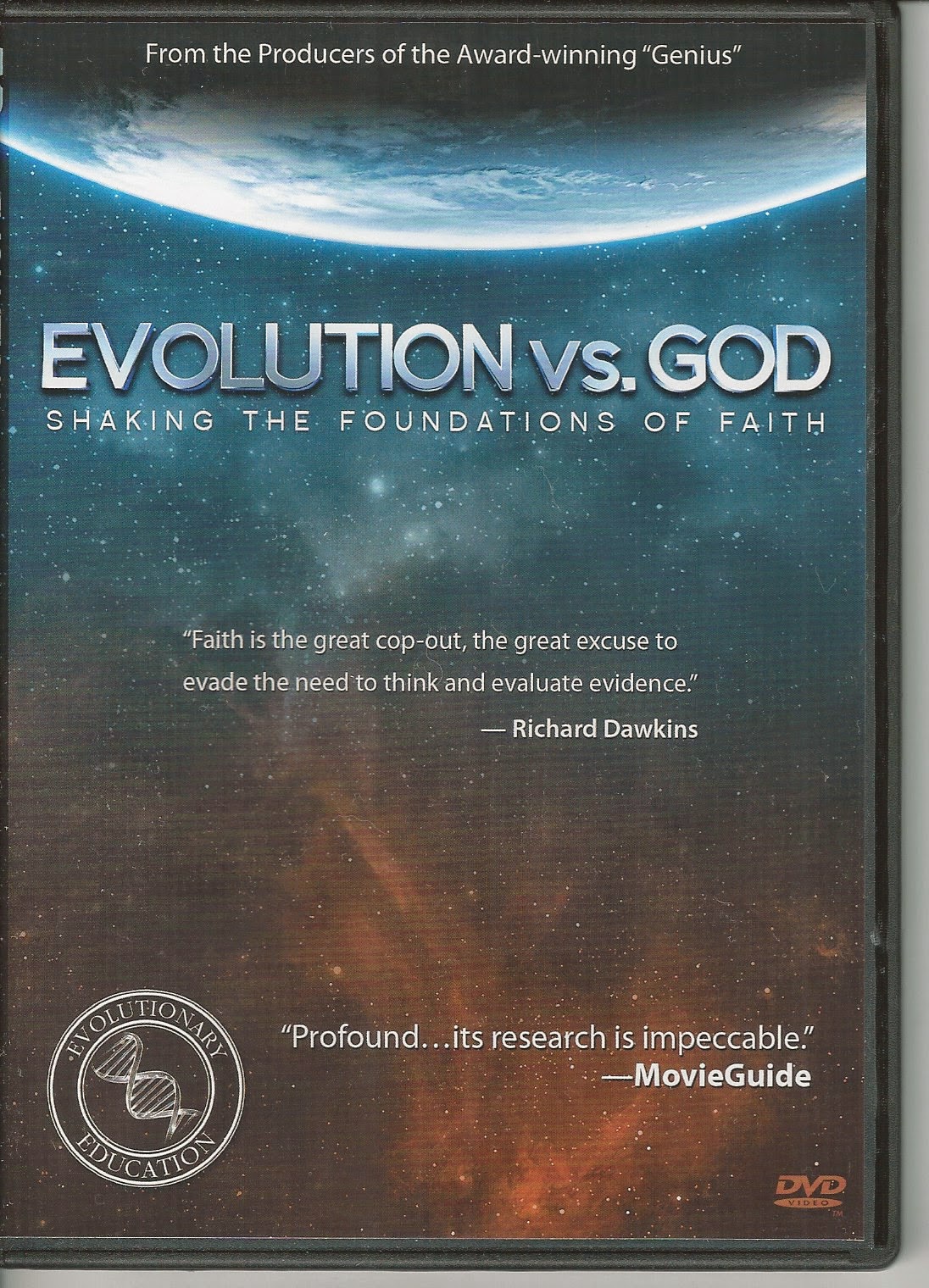 Scientists have bombarded fruit flies with radiation for over 100 years, and never created a new species.  However the monsters turn out, they remain fruit flies, apparently still able to breed with others of their kind.  (Institute for Creation Research.)  On the other hand, the Archaeopteryx of the late Jurassic remains factually among several transitional animals between reptiles and birds. Gratefully, we can go swimming without meeting any of the creatures of Devonian.  What survived is fearsome enough.

William Smith’s geological map of England was possible only because he relied on the facts of evolution. Simpler forms of the same kind never appear in rock strata higher than more complex forms.  Smith died 20 years before Charles Darwin published The Origin of Species.

None of that is discussed in this video.  Nor did anyone ask the interviewer what happened to the dinosaurs.  And why do we not find fossil dogs and cats in rocks 150 million years old?

In the nineteenth century, geologists debated catastrophism versus uniformitarianism, and volcanism versus neptunism.  In other words, did the world we know now come about by sudden changes or gradual processes?  Were the primary forces violent explosions or accreting deposits?  Today, we regard those as false dichotomies.

The debate between Darwinian evolution and Lamarckism may be another false dichotomy.  Epigenetics is the relatively new study of how the environment affects heredity.  The evidence seems compelling – and it seems unlikely that the environment would have no affect, leaving all evolutionary processes at the level of quantum physics.  The easy answer is: “I don’t know.”

In science we live with our limits.  Science is self-correcting as we work to discover more about the world around us, and put that knowledge into an order that allows predictions.  Religion has no such limits.  They all claim absolute knowledge and – obviously and tragically – disagree about what that absolute truth may be.  Several times near the end, the interviewer (Ray Comfort, the producer) quoted an English translation of the Bible.  Which translation is right?  What happens when they disagree?  And, for that matter, the Qu’ran mentions Jesus about 25 times calling him Messiah and the Son of God.  And the Qu’ran acknowledges Mary as the Virgin and Mother of God.  Yet, somehow Muslims and Christians seem not to get along well.

Evolution vs. God offers a second thesis: Darwinian evolution allows (even encourages and advocates) immorality.  According to this video, survival of the fittest excuses the harms, crimes, and horrors we perpetrate.  People embrace evolution to avoid following God’s Commandments.  “Are you a good person?” the interviewer asks.  Of course the subjects think well of themselves.  “Have you ever told a lie?”  “Have you ever stolen anything?” "Have you ever had lust in  your heart?" “Have you ever taken God’s name in vain?”  If you stop and think about it, the interviewer is also a sinner, but having accepted Christ’s sacrifice, he does not need to worry about that – or even mention it.  That being as it may, it is not a divine revelation that a selected handful of university undergraduates and professors have no idea what morality is.

All in all, the presentation was no better or worse than Reason TV productions where university students who say they voted for President Obama are happy to sign a petition based on the 1931 Nazi Party election platform.

ALSO ON NECESSARY FACTS
The Map that Changed the World
The Origin of What?
Epigenetics and Evolution
God is Not Great