Verifying secret information is a challenge.  After enjoying the movie Imitation Game, I went to the library for books on Bletchley Park and Enigma. I found Enigma by Wladislaw Kozaczuk. Kozaczuk tells a story completely different from the one offered by F. W Winterbotham in The Ultra Secret.

I had read Andrew Hodges’ biography, Alan Turing: the Enigma back in the early nineties.  I am pretty sure that I read F. W. Winterbotham’s The Ultra Secret fifteen years earlier because it was sold by Loompanics Unlimited, who paid me to write The Code Book: All About Unbreakable Codes and How to Use Them. (On NecessaryFacts here.)

Discussing Imitation Game online, I read from others several twice-told tales that just were not so. I wrote several myself before I read Kozaczuk’s book.  I now regard it as the correct version – if the truth can have “versions.” 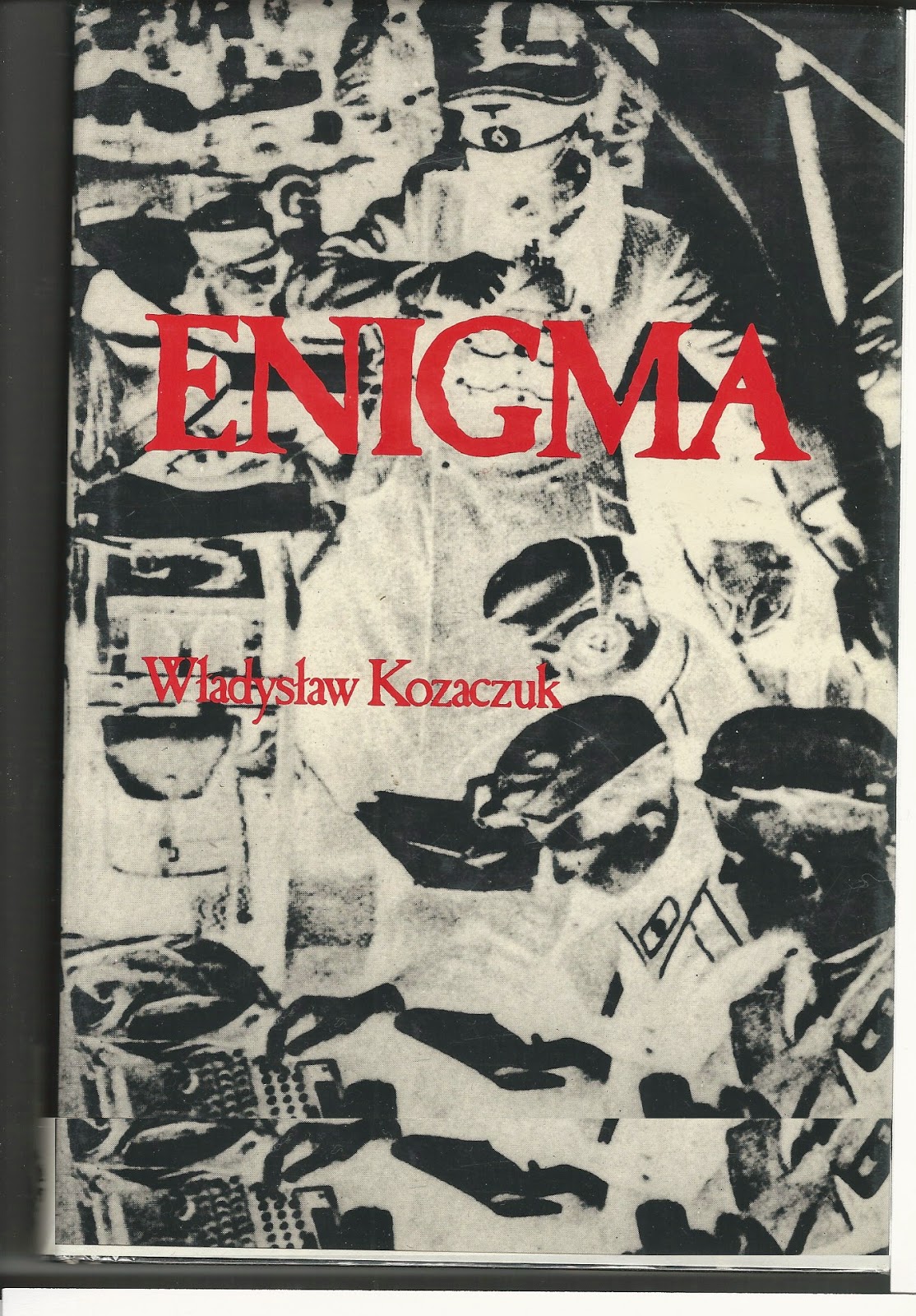 It is true that the Polish device for mechanically attacking the Enigma ciphers was called a “bomba.”  It was named for a large spheroid chocolate cake.  It was not shaped like the cake at all.  According to their story, it was only what they were having for dessert at a restaurant when they discussed the code name for their project.

“The bomb was an electro-mechanical aggregate based on six Polish Enigmas, combined with additional devices and transmissions.  An electrically driven system of rotors revolved automatically, creating in each bomb, successively, over a period of about two hours (100-120 minutes), 17,576 different combinations. When the rotors aligned with the sought-for position, a light went on, the motors stopped automatically, and the cryptologist read the indications.   Thus, by setting in motion the bombs (six were built at once in November 1938), the daily keys could be recovered within two hours. “ (page 53)

Mathematicians working for Polish intelligence had been attacking Enigma with some success for over ten years.  They had their own Enigma machines.  Built by reverse-engineering, they were variations on the commercial model. That was essentially the same foundation as the German devices that had been modified for military use.

Mathematician Marian Rejewski developed a theoretical model of the German Enigma. His work achieved realization in the construction of the Bomba.  That device depended on electronic elements created by AVA Radio Manufacturing, a small firm in Warsaw which had been working for their government since the firm was launched in the winter 1929/1930.

The story of AVA in particular and the Polish cryptanalysis project in general should be familiar to Americans today.  One of the founders of AVA never completed school beyond the fourth grade, but started out as an apprentice locksmith.  The company’s key to government work came via another founder who worked in the Cipher Bureau.  At heart, AVA was a small shop run by two brothers who were amateur radio operators.  After high school (“gymnasium” in Europe) they built and sold cheap little radio receivers.  But they were pretty good at their craft.

Also diligent were the young mathematicians from Poznan University: Marian Rejewsky, Henryk Zygalski, and Jerzy Rozycki.  (The book has a pronunciation guide up front:  Rejewski is “Rey EF ski”.)  Recruited specifically to work on German communications, Rejewski spent a year in Göttingen studying advanced statistics.  It was his judgment that Germany’s mathematics programs had fallen behind, and were not producing leading edge ideas.  Moreover, as would be borne out later, the German military did not trust mathematicians because they would get lost in theory instead of producing immediate results.  From our viewpoint today, that choice was evidence of the failure of their philosophical assumptions.

By 1934, the Polish mathematicians and radio hams had collaborated to build four Enigma duplicates. 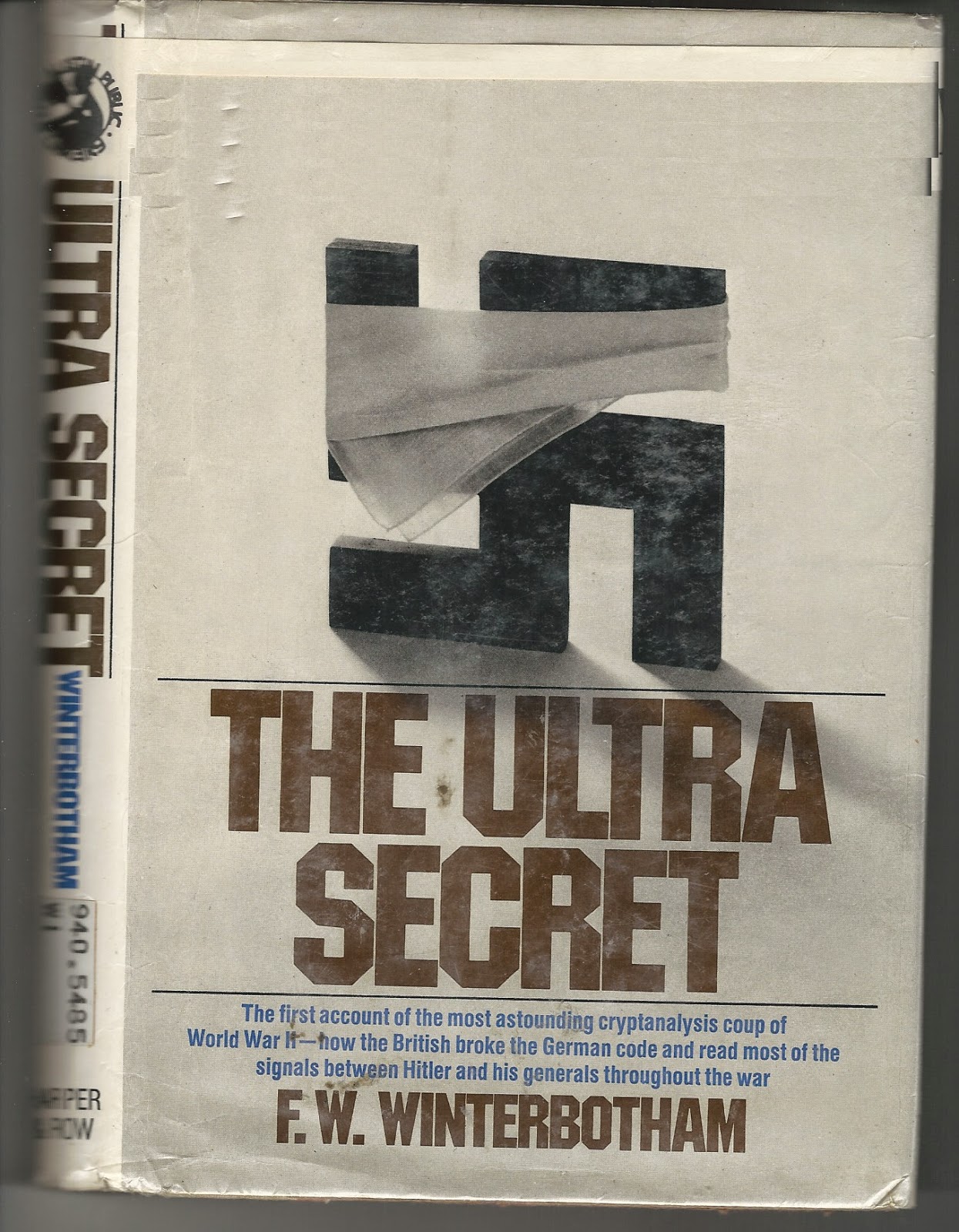 None of that appeared in Winterbotham’s book. Neither did Alan Turing have a place in the book.  In the movie, Imitation Game, Commander Alastair Denniston was portrayed as a martinet of limited vision.  Unfair as that may well have been, it is recorded independently (or at least repeated often), that Denniston considered Enigma to be unbreakable.  It is hard to find success at something you regard as impossible.  Nonetheless, Winterbotham gave Commander Denniston full credit for running the group—headed by Alfred Dillwyn “Dilly” Knox, who received one mention only—that broke Enigma.

In fact, Winterbotham said of Knox that he was “quite young” when working at Bletchley Park.  Knox was born in 1884. He had been with the UK’s “black chamber” in World War I; and he is credited with delivering the decryption of the Zimmerman Telegram.