As with perhaps all enduring efforts, this book was written for the author himself. Even though – or perhaps because - Guy Consolmagno had worked as a postdoctoral researcher in planetary astronomy, and taught at Harvard and MIT, he had no appreciation for what a small telescope could do.
As he tells it in the Introduction, he had quit his job and signed on with the Peace Corps. His friend, Dan M. Davis, was enthusiastic about buying him a small telescope to take to Africa. Consolmagno was doubtful. After all, what can you see with a 3-inch refractor? Within the glare of New York City (Fort Lee, New Jersey), Davis showed Consolmagno the star Albireo, a stunning double star - one yellow, the other blue. (It is at the head of the Swan or the foot of the Cross, designated β Cygni in the catalogues.)

The other problem that Consolmagno had was with the instrumentation: setting circles, gauges, ascension, declination,… When he approached stellar astronomy as an amateur, he found all of the standard books unhelpful.  So, he wrote Turn Left at Orion.

“Every year, thousands of telescopes are sold, used once or twice to look at the Moon, and then they end up gathering dust in the attic. It’s not that people aren’t interested – but on any given night there may be 2,000 stars visible to the naked eye, and 1,900 of them are pretty boring to look at through a small telescope. You have to know where to look …”

This book tells you how to find them by following visual directions based on the obvious constellations and asterisms. (An asterism is a piece of a constellation. What we commonly call the Big Dipper is really the middle of the Great Bear, Ursa Major. The Sword of Orion and the Belt of Orion are also common asterisms.)

Amateur astronomy has changed since Consolmagno was a boy in Detroit in the 1950s and 60s. Even in his childhood, the hobby had come far in the previous 50 years. A hundred years ago, 1914, the typical amateur telescope was a 3-inch refractor housed in extensible brass tubes. By the 1960s such scopes were Christmas presents for kids; and reflectors of 8 inches (200 mm) were the mainstream for serious amateurs. John Dobson shifted the paradigm with his homemade telescopes. (Read Dobson’s biography on Wikipedia here.) 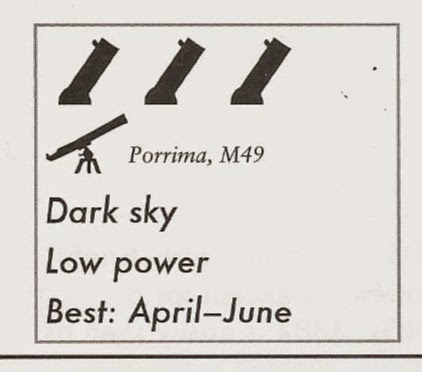 Turn Left at Orion rates your viewing 1 through 4 with silhouette images for icons: Dobsonian, Refractor (also for reflector; both are called “catadioptric”), and Binoculars. Dobsonian, catadioptric, and all of that are also explained in clear text with large illustrations, from the tripod to the mathematics of telescopes and their eyepieces.

This book is about Deep Sky Objects. It does deliver 25 pages of good information up front about the Moon and Planets. But they are easy enough to find. Successfully meeting the challenges makes a hobby fun.

Major sections of the book are organized by the seasons in the northern hemisphere: January-March; April-June; July-September; October-December. Within those are important asides about diffuse nebulae, open clusters, planetary nebula, galaxies, and globular clusters. Thirty-two pages are dedicated to the southern skies, from Hawaii on down to Chile and New Zealand. You have to be very far south to see the so-called “Clouds of Magellan”, smaller galaxies within our own group.

“Consolmagno attended the University of Detroit Jesuit High School before he obtained his B.A. (1974) and M.A. (1975) degrees at Massachusetts Institute of Technology and his Ph.D. (1978) at the University of Arizona's Lunar and Planetary Laboratory, all in planetary science. After postdoctoral research and teaching at Harvard College Observatory and MIT, in 1983 he joined the US Peace Corps to serve in Kenya for two years, teaching astronomy and physics. After his return he took a position as Assistant Professor at Lafayette College in Easton, Pennsylvania. 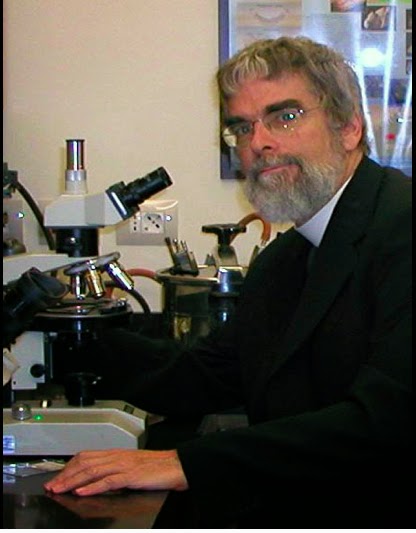 “In 1989 he entered the Society of Jesus, and took vows as a brother in 1991. On entry into the order, he was assigned as an astronomer to the Vatican Observatory, where he also serves as curator of the Vatican Meteorite collection, positions he has held since then. In addition to his continuing professional work in planetary science, he has also studied philosophy and theology.” -- Guy Consolmagno – Wikipedia here.

The overall intention of this book is to provide you with a friend who will be your guide to the stars. That was the role that Dan M. Davis filled for Guy Consolmagno.