On Friday, May 17, I was granted a tour of the Great Lakes Maritime Academy at Northwestern Michigan College in Traverse City. It was arranged by my sister-in-law, an administrative assistant there. (She served in the Royal Navy.) Although their students were out on the water for training, I had about an hour with one of their instructors, Cary Godwin (CDR USCG Ret). While the simulator ran its program, we talked about training methods and methodologies. Sue then led us through the classrooms and laboratories. 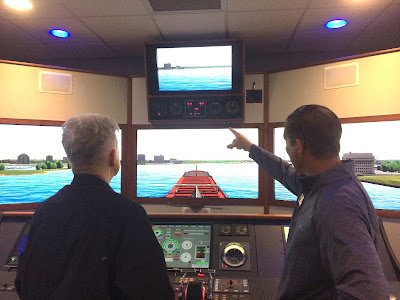 GLMA cadets are in a four-year program that requires 360 days of active shipboard assignment. In fact, it begins on the water. 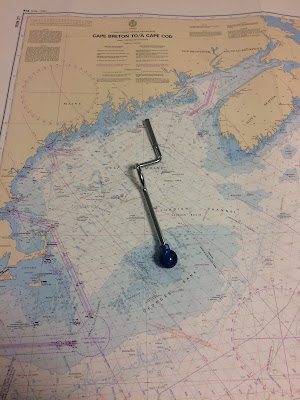 Students work hard at basic skills from the sextant and paper charts up through the newest technologies. Their training includes piloting 1000-foot ore ships and rowing small boats.
Cadets graduate as deck officers or engineering officers. In addition, the GLNA has a US Naval Reserves program. 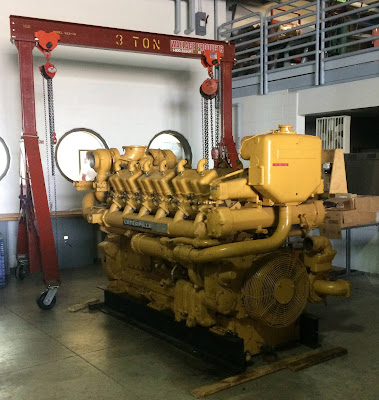 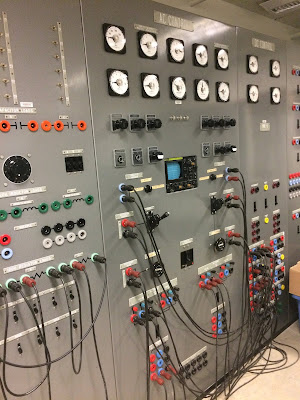 The students master diesel mechanics and electricity generation and control. For those who decide that life on the water is not for them, the school maintains a BS degree program in power systems that qualifies graduates to work in a wide range of industries. The GLNA shares their building with a culinary institute; so, they also train and graduate ship stewards.
I learned the difference between an allision and a collision. (At home, I discovered that many dictionaries consider "allision" to be obsolete. Reading the US Naval Institute Proceedings since 2015, I soon learned that engines can be casualities, no less than engineers. See NOAA's discussion of allision here.)