“Remember the Alamo!” For most people who care one way or the other, “Remember the Alamo!” encapsulates the history of Texas independence. The easy narrative is that the 185 defenders bought time for the government to form an army with which to defend itself. In fact, the government fled towards the United States in the Runaway Scrape. The truth is that Texas was created, secured, and maintained by its navy.
The victory at San Jacinto (April 21, 1836) was made possible by the Texas flotilla which deprived Gen. Antonio López Santa Anna of supplies. On March 3, 1836, the Liberty captured the Pelicano. The cargo was manifested from an American firm, J. W. Zacherie of New Orleans. But inside the barrels of flour and other trade goods military supplies were concealed. The Liberty later seized another American ship, the Durango, which was also carrying military stores under a false manifest. However, it must be admitted that those seizures were among several others of no legal pretense whatsoever as hapless fishermen fell prey to the Texian corsairs. The Mexican army invading Texas was forced to forage, ultimately allowing the Texians to advance on an unprotected staging area. They captured Gen. Santa Anna who, as President of Mexico, granted independence to Texas.


Mexico did seize and temporarily hold the town of San Antonio again in 1842 but it was an exception. Northern Mexico and southern Texas are wastelands. For either side to invade the other, an army of men with animals would need a month of food and water to be hauled with them over open country. Without access to the coast by which men and supplies could be moved, Mexico was never able to retake Texas.
The reality is that the Texas navy can be credited with only two or three significant captures. Those were critical to disrupting the land operations of the Mexican army. Most of the actions of the Texas navy were around Yucatan and Campeche in support of rebels there. Those engagements forced the attentions of the Mexican army and navy away from Texas. The successes of the Texas navy must also be understood in the context of Mexico’s first war against France, November 1838 to March 1839. France won. Mexico surrendered her entire Gulf fleet.

In the meantime, the government of Texas was at best lukewarm toward her navy. President Sam Houston refused to support it. He was famously insulting toward the men of the sea; and in his second term he reneged on the paper promises (pay warrants) issued by his political enemy, President Mirabeau Lamar. Houston occasionally flapped with the prevailing wind, but issued contradictory orders, authorizing actions and then withholding the funds for them. At one point, he declared Captain Moore and his flotilla to be pirates and authorized any lawful ship to seize them and return them to Galveston for trial.

In addition to the sources cited below, most of my narrative is based on The Texas Navy in Forgotten Battles and Shirtsleeve Diplomacy, by Jim Dan Hill, University of Chicago Press, 1937, which I borrowed from the open stacks of the UT Austin library. They have other sources at the Briscoe Center for American History and I am cleared for patronage there, but they are only open weekday business hours. Jim Dan Hill’s history is prejudiced toward his subject, but he remained objective. For one thing, according to Hill, common military custom required that Gen. Santa Anna’s surrender at San Jacinto removed him from the authority to grant independence to Texas. Simply put, a hostage is never under any moral obligations to honor the promises made in duress. For that and other asides, I accepted Hill’s history at face value. 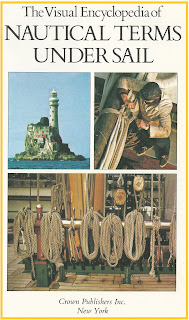 One difficulty I had with Hill's history was with the language of the sea. Hill never explained anything about corvettes or barques closely hauling in pursuit of or being pursued by schooners or brigs. Then there were the mizzenmasts. I found safe harbor in another book from the UT Austin library, A Visual Encyclopedia of Nautical Terms Under Sail, Bathe, et al., Crown Publishers, 1978.

Sources
Texas Military Forces Museum, Camp Mabry, Austin, Texas. In addition to their displays, they provide an article online here. That citation to the publication of the U.S. Navy Department, Naval History Division, dated January 1, 1968, is also found at other locations.