This is a thoughtful, thought-provoking set of aphorisms and reflections.  As much as I enjoyed it – and believe that I benefited from reading it three times – I have to ask if the author would have written it had Hillary Clinton been elected president.

“History does not repeat but it does instruct.” (page 9).

“History allows us to see patterns and make judgments. It sketches for us the structures within which we can seek freedom. It reveals moments, each one of them different, none entirely unique. To  understand one moment is to see the possibility of being the cocreator of another. History permits us to be responsible not for everything, but for something.” (125)

Snyder’s thesis is that Donald Trump represents a new fascism. Snyder includes  aspects of communism and Nazism, as well, acknowledging that all three are variants of the same collectivism of the early 20th century.  A couple of warnings do apply to Democrat Party politicians; and at least one nice nod went to the unnamed George H. W. Bush for his “thousand points of light.” But Snyder’s target is Donald Trump.  And I have to agree, if only because Trump is the President, and, whatever her foibles, Clinton is not.

None of the quotations or citations are referenced; the book has no footnotes or end notes.  However, the writing is unassailable with nice segues across the chapters.  Snyder counsels us to be our own investigative reporters, to check stories, rather than just accepting what we want to view and believe.  Snyder also warns us to be wary of sound-bites out of context. He then commits both errors near the end of the book.

Explaining why Donald Trump is a nationalist, but not a patriot (which I accept), Snyder writes that Trump wants to return to the economic chaos of the 1930s:

The president himself has described a regime change in the style of the 1930s as the solution to the problems of the present: “You know what solves it? When the economy crashes, when the country goes to total hell and everything is a disaster.” What we need, he thinks, are “riots to go back to where we used to be when we were great.” (page 123)

So, I googled the statement, and found that it was made on February 10, 2014 about 6:36 AM on "Fox & Friends."  Then, I found a plausible interpretation from Snopes.  I checked four other claims Snyder made, and all of them were true. In any case, the quote above was unreferenced and taken out of context.

Chapter 6: Be wary of paramilitaries 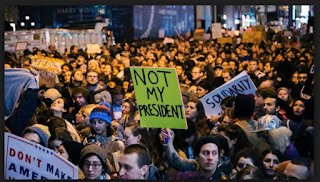 He does not identify the Occupy movement of the left as a paramilitary, but neither does he dwell on the many “citizen militias” of the right. Snyder’s concern is with the crowd control at the Trump campaign rallies in 2016.  I found that less salient. Hecklers are there to disrupt, not to engage in dialog. In effect, they are thieves who violate property rights, denying access to the venue that was paid for by the candidate and the supporters.  However, Snyder is cogent when he points out: “The SS began as an organization outside the law, became an organization that transcended the law, and ended up as an organization that undid the law.” (44)

That warning underscores the opening Chapter 1 and is reinforced by other examples as the book progresses.

“Do not obey in advance.”  Many of the horrors of totalitarian regimes were not contemplated by the rulers at the top, but were invented by followers far below who anticipated orders they never actually received. Snyder cites the Nazis, but it applies to the Chinese Cultural Revolution of the 1960s.  And it explains the violence of self-defined “patriots” who attack American Sikhs, thinking them to be Muslims, in effect carrying out what they imagine to be their leader’s command to rid the nation of undesirable foreigners.

Chapter 9: Be kind to our language
“Avoid pronouncing the phrases everyone else does. Think up your own way of speaking, even if only to convey that thing you think everyone is saying. Make an effort to separate yourself from the internet. Read books.” (59) 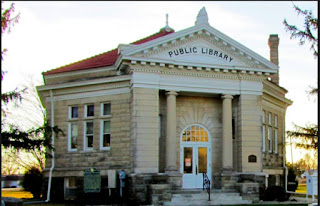 Snyder warns against the domination of the screen with allusions to Fahrenheit 451 and 1984.  Those are the best known, of course, but Brave New World (1932) had its “feelies” movie theaters wherein by holding a device you could feel what the actors touch.

“The choice to be in public depends on the ability to maintain a private sphere of life. We are free only when it is we ourselves who draw the line between when we are seen and when we are not seen.” (86)  (That closes the chapter and segues to …)

“So try for your self to write a proper article, involving work in the real world: traveling, interviewing, maintaining relationships with sources, researching in written records, verifying everything, writing and revising drafts, all on a tight and unforgiving schedule. If you find you like doing this, keep a blog. In the mean time, give credit to those who do all of that for a living.” (76)

“We find it natural that we pay for a plumber or a mechanic, but we want our news for free. If we did not pay for plumbing or auto repair, we would not expect to drink water or drive cars. Why then should we form our political judgment on the basis of zero investment?  We get what we pay for.” (77)

Chapter 14. Establish a private life.
“Have personal exchanges in person.” (87)

About the liberals and the politics of inevitability: 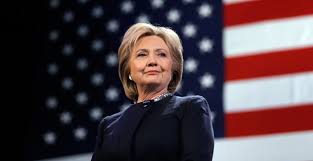 “Yet they portray the present simply as a step toward a future that we already know, one of expanding globalization, deepening reason, and growing prosperity. This is what is called teleology: a narration of time that leads toward a certain, usually desirable, goal. Communism also offered a teleology, promising an inevitable socialist utopia. When that story was shattered a quarter century ago, we drew the wrong conclusion: Rather than rejecting teleologies, we imagined that our own story was true.” (119) 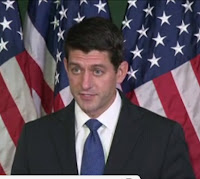 About the conservatives and the politics of eternity:
“It is concerned with the past, but in a self-absorbed way, free of any real concern with facts.
Its mood is a longing for past moments that never really happened during epochs that were, in fact, disastrous. Eternity politicians bring us the past as a vast misty courtyard of illegible monuments to national victimhood, all of them equally distant from the present, all of them equally accessible for manipulation. Every reference to the past seems to involve an attack by some external enemy upon the purity of the nation.” (121)

I could go on at extreme length, quoting Snyder and recording my reflections.  This is a book to carry around and read when you have a moment. More to the point, it is a book to discuss with your friends.

PREVIOUSLY ON NECESSARY FACTS
Libraries of the Founders
The Science of Liberty
The Economic Value in a Liberal Education
Posted by Michael E. Marotta at 7:26 PM