The Public Good be Damned

On the "Galt's Gulch" website of the Atlas Shrugged movie producers, one of the regular writers asked about "Page 1069: What's Next?" (See here.) Everyone there knows that the paperback edition of the novel runs 1068 pages.  In other words, what indication (if any) suggests that the political agenda - or the wider philosophical program - of the strikers would be long-lasting?

The message of Atlas Shrugged is that the evils of taxation and regulation are the result of producers accepting an unearned guilt. If any previous generation had spoken the words of Rearden at his trial, d'Anconia at the reception, or Galt on the radio, the game of the looters and moochers would have been over. Only William Henry Vanderbilt is on record - and even so he was also proud of his philanthropy.

"In 1883, reporter John Dickinson Sherman questioned him about why he ran the limited express train: "Do your limited express trains pay or do you run them for the accommodation of the public?" Vanderbilt responded with: "Accommodation of the public? The public be damned! We run them because we have to. They do not pay. We have tried again and again to get the different roads to give them up; but they will run them and, of course, as long as they run them we must do the same." The interview was then published in the Chicago Daily News, but Vanderbilt's words were modified. Several accounts of the incident were then disseminated; The accounts vary in terms of who conducted the interview, under what circumstance and what was actually said. William received bad publicity and clarified his response with a subsequent interview by the Chicago Times. In that interview he was quoted saying: "Railroads are not run for the public benefit, but to pay. Incidentally, we may benefit humanity, but the aim is to earn a dividend." (Wikipedia here).  But an isolated instance is not enough to reverse a cultural trend.

Following Rand, many Objectivists claim to admire Ancient Greece, especially the Athenian Golden Age 480-400. But in fact, Athens itself was no friend of philosophy until after the death of Socrates, though it nurtured philosophy and art by attracting "metics", Greeks from other towns.Unable to speak in the Assembly, they wrote books and lectured in gardens. However, that launched a 500-year culture of open inquiry, learning, and exploration, both physical and intellectual. It was at Alexandria in Egypt that the word "cosmopolitan" was coined. No one was persecuted for questioning the existence of the gods, or asserting their own self-interest. Read about Aristippos of Cyrene.

But it was not perfectly explicit or consistent. Merchants were still looked down upon. Slavery was accepted as an institution. Not the Cyreniacs, Hedonists, Epicureans, Peripatetics, Platonists, Stoics, or anyone else developed a consistent and complete philosophy of reason. But it lasted 500 years anyway. 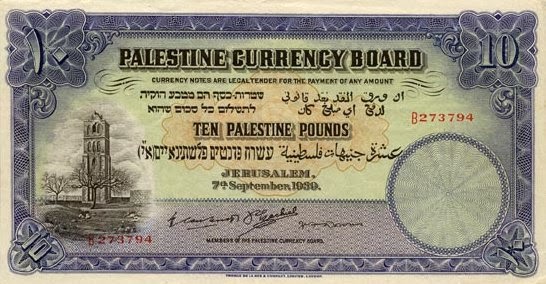 Rand's thesis was that once clearly articulated and demonstrated, the truths of Objectivism will endure like any other science.

Moreover, politics derives from ethics which rests on morality. In the story, Hank Rearden's oppression by the government is only the external expression of his exploitation by his family: his mother, brother, and wife all hate him - and he accepts their premises. That is most starkly evidenced in his own view (initially) of his romantic relationship with Dagny Taggart: he accepts the looters' view that sex is a base instinct - and that a woman must be protected from the shame of it.  Dagny, of course, has a more rational understanding.

So, William Henry Vanderbilt's reply was salient, but not inclusive. It could not be: volition being as it may, we are born into our contexts; and he knew nothing of bobbed hair, bloomers, flappers, or women elected to the U.S. Senate.  So, even Vanderbilt could not articulate a post-Nietzschean egoism derived from Aristotle.  That mission is ours.