Writing over 300 newspaper and magazine articles about business, technology, and culture, I have interviewed very many entrepreneurs. Perhaps my personal favorite was "The Business of Musical Theater: The Dough behind the Do-Re-Mi" for the New Mexico Business Journal.  I have met all kinds of successful entrepreneurs and all kinds of not-so-successful. "All kinds" describes both the limitations and the potentials. In other words, there is no formula. The of Economics has worried this problem for over 75 years. As the leading advocates for laissez faire capitalism, the Austrians have never agreed among themselves what entrepreneurship "is."

Part of the problem is that we were raised in schools to want short definitions that are easy to memorize, like Orwellian newspeak.  The very complexity of enterprise works against that.  The Concise Encyclopedia of Economics from the Online Library of Liberty offers this multi-faceted explanation: 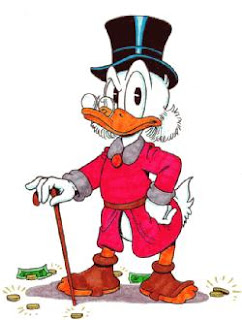 Peter Schumpeter, Israel Kirzner, and Frank Knight are among the Austrian school economists who have thought through entrepreneurship.  Of course, Ludwig von Mises and Friedrich A. Hayek also addressed it, but their focus was on other problems and their treatment of entrepreneurship was undeveloped. Even though they were passionate advocates for the open market, they did not study the differences between capitalism and enterprise, innovation and invention, market efficiency and marketing. 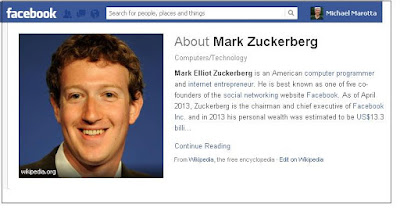 “Kirzner's procedure is based on an analogy, or parallel, between what he calls the entrepreneurial element in individual decision-making and entrepreneurship in the market interaction…He isolates the entrepreneurial element by contrasting routine optimizing behavior with what he claims we can know about true individual action …  Individuals spontaneously discover means of satisfying their wants. … Another term he uses is alertness to hitherto undiscovered opportunities.”  This is not mere “economizing” but a deeper insight. “Third, he identifies what he regards as a crucial kind of action in a market economy -- arbitrage. He associates entrepreneurship in the market economy primarily with this action.” Arbitrage is the engine of efficient allocation. (See “Kirzner” by Prof. James Patrick Gunning, , on Constitution dot Org here.)

A more subtle approach is being pursued by Nicolai Foss, Peter Klein, and Mario Rizzo who follow Frank Knight and Ludwig von Mises on the entrepreneur’s judgment of uncertain future market conditions.  “Judgment is exercised in the act of investing in  and allocating resources to specific time-consuming production processes that are organized and controlled by the entrepreneur until the completion and sale of the product.  For Foss and Klein the entrepreneur is therefore a capitalist and owner.” (See “Klein Versus Kirzner” by Joseph Salerno on the “Bastiat”pages at Mises dot Org here.)

Traditional college classes in economics teach that markets move toward “equilibrium” that some magical point exists where supply meets demand at a price.  This is not mere observation, but an implicit worldview.  The goal is a static social world of sustainable predictability.  The Austrian school has a different weltanschauung.

“I think it is highly useful to think in non-equilibrium terms, to be open to the possibility of change and surprise. You certainly cannot do good economics without understanding the role of surprise. But if one pursues this to the point where the surprises tend to overwhelm the regularities, then I don't believe you have a science that reflects existing realities. … Entrepreneurship is not always equilibrating. …  The idea I reject is this: there is successful entrepreneurship, there is unsuccessful entrepreneurship, and it's a toss-up which is going to outweigh which in the end. … The fundamental Misesian insight into human action is that it involves a tendency to be right rather than to be wrong. People have an interest in being right. …  This does not guarantee "equilibration always." And certainly a permanent equilibrium is out of the question. It would be incorrect even to imply that in any given time period, the changes we observe are necessarily equilibrating. But there are tendencies which tend to overwhelm disequilibrating forces in the market, most of the time.”(Austrian Economics Newsletter, Interview with Kirzner, Spring 1997, Volume 17, Number 1 here.)  (See also "Supplies and Demands" here on Necessary Facts.)

Moreover, traditional business management classes teach that the unremitting failures of inventors and early adopters prove that they are wrong.  Success, the B-schools claim, comes from following the wreckage to where the markets are now ready for a mature product or service.  Clearly, this is the rejection of entrepreneurship via “the fallacy of the stolen concept.”  You cannot follow failed market leaders to successful markets, unless such leaders exist in the first place. No one can follow unless someone goes first.

The modern history of computing echoed much of the early history of railroading in .  Failures and successes both combined to re-direct existing capital (whether trackage and rolling stock or software and hardware) and did so to attract ever larger investments.  (See The Man Who Found the Money: John Stewart Kennedy and the Financing of the Western Railroads by Saul Engelbourg and Leonard Bushkoff ( Press, 1996).  In the days of railroading, the term “venture capitalist” would have sounded redundant.

In our day, entrepreneurs expect “angel funding.”  But angels are immaterial and eternal. Therefore, they cannot have human morality because they do not face the human need for survival.  The problem with angels is that not needing to eat, they do not know how to sow and plant.  They cannot even give good information because they have no basis for judgment.   If you have a bright idea and cannot find funding, then you are getting good information.

If you think that you are smarter than everyone else – and you may well be – then you could have an entrepreneurial opportunity to disrupt a market, remove an inefficiency, and redirect resources by supplying an unmet need.