The numbers speak.  12. 5 crore Indians use English, whereas only half as many in the UK do the same.  When the USA invaded Iraq, I distrusted the American news media and sought international coverage.  India’s English language newspaper websites provided some objectivity.  One of them also delivered this:  “Bush Ploy Foxes Pundits.”  I could put the foxes in a bush, but I knew that “he pundits” is incorrect: pundit is a noun.  So, I reparsed the sentence.

Totally Legend Like Anything: Indian English as a Global Standard

We think that our vernacular is the standard, but Jews who speak Yiddish have an old joke: “What is the difference between a language and dialect?  Dialects do not have armies.”  The so-called standard language is only the local dialect of the capital city.  See, for example, The King's English by Henry Watson Fowler and Francis George Fowler (Oxford: Clarendon Press, 1906), which was published at the height of the British empire.  But Rudyard Kipling was the first English language writer to be honored with the Nobel Prize in Literature (1907) and he was born in Mumbai.

Now, India has an army (with nuclear weapons) and a space programme; and “all our young men go to America to work in IT.”  (See She’s Such a Geek! reviewed on Necessary Facts here.) 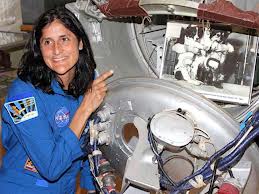 More than computers draw Indians to the second-largest democracy on Earth. NASA astronaut Sunita Williams (Sunita Pandya Krishna;) is the daughter of neuroanatomist Deepak Pandya. The family moved from Euclid, Ohio (outside Cleveland) to Needham, Massachusetts, where she passed out of high school. She did her graduation at the U.S. Naval Academy and earned a master’s in engineering management at FIT, always a popular school for those with a cantonment at the Cape.  Williams holds the records for longest space flight and most space walks by a woman.  She served on ISS expeditions 14, 15, 32, and was the commander of expedition 33. India’s first astronaut was Rakesh Sharma who served eight days aboard the Salyut 7 space station in 1984.   The Indian Space Research Organization (ISRO) oversees five major centres. The launch site is at Vikram Sarabhai Space Cente at Trivandrum. This year, the Indian Institute of Science, Education and Research received government funding for a new Centre of Excellence in Space Sciences in Kolkata.  “Science and technical education is mostly undertaken in English and, as a result, most university graduates in these sectors are fairly proficient in English.” (See Wikipedia here.)

That Wikipedia article on Indian English goes into grammar, phonology (consonants and vowels and spelling pronunciations), and vocabulary and colloquialisms. British English still exerts a historical influence and many idioms are common to both.  However, American English is also global, and you will find both “programme” and “program” in the same news presentation, especially online.

Curiously, perhaps, that article inventories the word “flyover” (“as in BrE, overpass or an over-bridge over a section of road or train tracks”).  However:

When conversing, Americans find Indians difficult to understand because the two varieties – not yet dialects – stress syllables and words differently.  Americans stress by time, emphasising only certain elements to show importance.  On the other hand, Indian English is syllable-timed, as are Spanish and Italian, which is why those languages sound rapid or sing-song to a North American ear.

If an election were held, America’s huge English-speaking population would overwhelm all other candidates.  But this is not a zero-sum game.  As in the marketplace (rather than the legislature or court), the nice thing about standards is that there are so many to choose from.

Sudhir Nagaraj and his wife, Bidisha, live in the mini-India that is Bangalore. She, a Bengali speaker from a family hailing from India’s east, heads marketing for a social networking start-up. He, fluent in the native Kannada tongue of Bangalore, runs a subsidiary of a multinational telecommunications company. Between them, they speak and understand half a dozen Indian languages.Quite ironic then that their daughter, Ahana, six-and-a-half, growing up in a country with a profusion of tongues, speaks only one language: impeccable English. And English is the common tongue that binds the Nagarajs as a family.  ...  In the lower socioeconomic strata, where learning English is aspirational, the language is trickling down quickly. Neighborhood private schools have unstated admission requirements: at 3 and 4, the child is required to be toilet-trained and speak English.  ...  Rimjhim Chakraborty is 9. Her mother, Pinky, a realtor, speaks Sindhi, a language from the northwest. Rimjhim’s father, Apurba, who heads sourcing for a sporting goods multinational, is fluent in both Punjabi and Bengali. Rimjhim, despite learning Hindi at school, refuses to answer when spoken to in anything other than English. So that is the language that rules the Chakraborty household.  India Ink: Notes on the the World's Largest Democracy India’s New ‘English Only’ Generation NY Times India Blog June 1, 2012, 7:18 am here.