Both Aristotle and William Graham Sumner pointed out that laws are only expressions of tradition.  To cite the terminology of Thomas Kuhn, only a paradigm shift can change a folkway.  A hundred years ago, Bhagat Singh Thind (a veteran of the U.S. Army in World War I) was denied citizenship on racial grounds: though admittedly a speaker of an “Aryan” language, the U.S. Supreme Court found that he was “Asian” and therefore not qualified to become a citizen, despite his honorable service in the armed forces.  Almost at that very moment, the self-taught Srinivasa Ramanujan was astounding the mathematics faculty at .

Therefore, it is fitting beyond coincidence that Navi Rawat portrayed Dr. Amita Ramunjan in the six seasons of Numb3rs (CBS 2005-2010).  Rawat herself is quite interesting, but actresses often are.  More to the point is the character created for her by the writers. 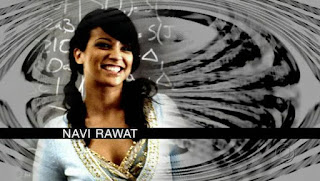 Though nominally an “Indian” it comes out in the show that she was born and raised in .  She recognizes one word of Tamil but speaks even fewer.  Off-screen Ramanujan goes to her grandmother for insight into their “native” culture.  (Her own native culture is Californian.)  In addition to her helping Charley Epps in his consultations with the FBI, she announced her intention to earn a second doctorate, this one in astrophysics.  (All that and more on Wikipedia about “Amita Ramanujan” here. ) 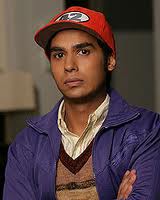 Kumal Nayyar plays  Raj Koothrappali in Big Bang Theory.  Although he is a comic character, they all are.  His quirks and foibles are not qualitatively different or quantitatively less than those of Sheldon Cooper, Leonard Hofstadter, or Howard Wolowitz – or Dr. Amy Farah Fowler, Dr. Bernadette Rostankowski,. Dr. Leslie Winkle, or Penny, the normal foil for all these nerds. Raj earns his achievements.


Dr. Rajesh Koothrappali is an astrophysicist and faculty member at Caltech's Physics Department. For his discovery of a planetary object beyond the Kuiper belt, 2008 NQ17 (which he calls "Planet Bollywood"), he is included in People magazine's "30 Under 30 to Watch", granting him some form of celebrity status and a larger office for his work. He is also known for a publication on Kuiper belt object size distribution, having run a simulation to correct for the observational efficiency, and was awarded the Newcomb Medal. His expertise even extends to searching for Trojan asteroids at the Earth-Sun L5 Lagrange point. (See the BBT fan wiki here about Raj here.)

With the possible exception of Ronald Reagan, actors are not their roles.  Nonetheless, the biographies of Navi Rawat and Kumal Nayyar do echo their popular characterizations if only because life and art two are sides of a relationship. What constant or factor, if any, makes the relationship an equation may remain debatable.  The cast of NUMB3RS may be the exception, as Dylan Bruno holds a BS from MIT, and Judd Hirsch’s degree is in physics.  Among the Big Bang cast, Mayim Bialik (“Amy Farah Fowler”) really has a doctorate in neuroscience. The exception tests the rule.

Previously on Necessary Facts
Where all the Children are Above Average
Nerd Nation
Nerd Nation 4.5
Indian English: Totally Legend Like Anything