For over 2000 years, money has been a medium – sometimes the medium – of communication, especially political speech.  The German Democratic Republic honored Karl Marx on its 100 DM notes from 1971 until 1990.  On the other hand, the privately-owned Clydesdale Bank of issued a ₤50 note celebrating Adam Smith.

In , the half-dinar coins featuring the have disappeared from circulation, as the government denies repression of dissidents.
In the Roman republic and empire, coins were common instruments of communication.  Julius Caesar boosted his political career by advertising his priesthood on the coins he and his allies issued.  The “Ides of March” denarius of Caesar’s assassin, Marcus Junius Brutus, is highly sought at auction today.  Over 2000 years ago, money was political speech in a life and death struggle for power.
﻿

The coins and paper of the American colonies, states, and central governments carried a host of political messages, from “Mind Your Business” to “We Are One.”
In the 1790s, British merchants met the need for small change with an astronomical array of tokens.  They advertised their shops, touted their towns and made bold political statements.

In 1794, the shoemaker, Thomas Hardy, was the secretary to the London Corresponding Society.  His outspoken support for the French Revolution – including his association with a play called "La Guillotine: or, George’s Head" brought him from his shop at to Old Bailey Prison on charges of sedition.  He was acquitted by his peers; and his lawyers struck a token to celebrate their skill and his good fortune.  Today, it is catalogued as and Hamer Middlesex 204, and you can own one in uncirculated grade for about $150.
Another British merchant token from the same time showed a spaniel: “Gratitude brings servitude,” it warns. “We were born free and will not be slaves.”
The abolition of slavery was one of the many topics in the popular series of “Hard Times Tokens” from the Jacksonian Era.  “Am I not a Man and a Brother” was first a British merchant token and then it and “Am I not a Woman and a Sister” were remade as American tokens. Other partisans heralded or lampooned – bluntly cartooned as a jackass – Webster, Van Buren, and Benton.  Such tokens are easiest to find in circulated grades because for ten years they were passed from hand to hand in daily commerce.
Civil War tokens fall into two broad categories: store cards and politicals.  These private issues filled a gap in commerce and carried strong messages.  Perhaps the most famous political token of the Civil War shows an American flag: “If anyone dares to tear it down, shoot him on the spot”
That American federal government money now carries the message, “In God We Trust” comes from this same period.  It appeared first on the two-cent coins of 1863, then, on the Silver Certificates of 1954, as a thrust against the godless communists of the .  Among the other political messages on our coins today are and E Pluribus Unum, with a slew of others courtesy of the 50 State Quarter Program.  Any denomination of current American paper money carries about 20 different phrases, sentences, and word sets.

For over 30 years, privately-issued silver art bars have broadcast a wide array of political messages, starting with Watergate and continuing to the Clinton Impeachment and current war the on terrorism. 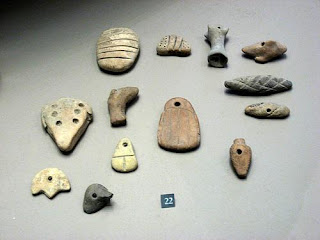 According to scholar, Denise Schmandt-Besserat, writing evolved from the use of clay tokens to keep track of livestock, beer, and other farm goods.  The tokens go back to 7500 BCE.  Eventually, the tokens were impressed on clay containers into which the tokens themselves were stored.  Cuneiform writing evolved about 3500 BCE from these symbols.  The oldest known writing on clay tablets are inventory lists and promises to pay.  The oldest known epic, the Gilgamesh, is dated to 1000 years later.  All of this is explained in How Writing Came About by Denise Schmandt-Besserat, which can be ordered from the for less than $20.

The Bank of England also commemorated Adam Smith on a ₤20 issue.  Founded in 1694, the Bank was nationalized in 1946, but achieved nominal independence in 1997.  Its governors and directors are appointed by the crown, making it much like the American Federal Reserve, a nominally private entity with close government supervision.  What would Adam Smith or Karl Marx have said about that?

ALSO ON NECESSARY FACTS
Accounting for Civilization  (Babylonian clay tokens and the origin of writing)
Debt: the seed of civilization (Further reflections on accounting)
When Writing Met Art (The structure of contracts ordered the narrative of art.)

Email ThisBlogThis!Share to TwitterShare to FacebookShare to Pinterest
Labels: Ayn Rand, commerce, F. A. Hayek, freedom of speech, freedom of the press, history of capitalism, Money is Speech, numismatics, tokens