Is Physics a Science?

In sociology, students at all levels are presented with some discussion about whether and how sociology is a science. Physics – especially Newtonian physics – is taken as a kind of standard against which sociology is measured. Actually, a scientific investigation of college textbooks revealed that physics education is deficient in presenting students with the methods and limits of experiment and theory.

Since the Renaissance, the term experiment has been used in diverse ways to describe a variety of procedures such as a trial, a diagnosis, or a dissection … To examine changes in the textbook construction of experimental method, introductory texts in psychology, sociology, biology, and physics were surveyed during three time periods: 1930-1939, 1950-59, and 1970-79. […] … the percentage of texts with discussions of research methods increased from 50%-90% in psychology, from 25%-70% in sociology, from 20%-45% in biology, and from 16%-30% in physics. Even in the 1970s, such discussions were absent from the majority of biology and physics texts.
"What Counts as an Experiment?: A Transdisciplinary Analysis of Textbooks, 1930-1970," Andrew S. Winston and Daniel J. Blais. The American Journal of Psychology, Vol. 109, No. 4 (Winter, 1996), pp. 599-616.

Visiting the University of Texas Kuehne Library for Physics, Mathematics and Astronomy, I found that this is still true.

Another concept is missing, paradigm. Kuhn’s Structure of Scientific Revolutions was published in 1962. (See Necessary Facts here.) I was assigned it in a philosophy class at in 1975. My last undergraduate class in physics was in 1982. Paradigm and experiment were never explicitly discussed.
At the UT Kuehne Library (honoring John Matthias Kuehne, 1872-1960), I checked nine recent physics textbooks, both for freshmen and for classes in modern physics, typically the second year for majors, seeking index entries for experiment and paradigm. The results were disappointing. Neither term appeared in these:
Of those, the last was most disappointing being the 11th edition of the standard textbook that served the first post-war generation in the 1950s and 1960s. Tipler was one of the books we had at because it was newly written in 1976 and because Paul Tipler taught at the . He, too, ignored Kuhn.

Better treatment appeared in Lea and Burke, Physics: the Nature of Things (1997). And this speaks to the validity of critical sociology: It is Susan M. Lea who made the effort to present students with discussions of experiment, including the nature of experiment, thought experiment (first Galileo, then Einstein: pp 11, 132, 445), and experiment and theory. As a woman in a man’s world, Dr. Lea easily adopted the sociological perspective of considering the accepted from a different point of view.

However, even Lea and Burke fall into positivist fallacies that plague science with “the problem of induction.”  (See Necessary Facts on David Harriman’s Logical Leap here and here.)

They say (page 12): “Physics is an experimental science that prides itself in getting close to reality through laboratory testing of theory. … How can we be certain that the experimental process of dissecting nature into component part is ultimately correct? We can’t! Belief in experimental science depends on one’s worldview.” Again (page 14): “Consistency with experiment and usefulness in understanding nature are the properties of a good physical theory. The word truth is conspicuously absent. Aristotle… Kepler and Galileo… Newtonian physics, thought absolutely true for 250 years. In the twentieth century, we have learned that Newtonian physics is not exact but stands as an excellent approximation. Absolute truth is elusive. We continue to seek greater depth in our understanding, greater elegance in our theories, and greater precision in our experiments. Whether truth can be achieved in some approximate sense by this process is unanswerable. We believe in physics because we know we can organize our knowledge and employ it to describe the behavior of nature with greater accuracy using only a small number of fundamental ideas.”

The objectivist answer is that rational-empiricism works. The physicists who are not sure about reality never think twice about getting into an elevator and expecting it to operate. And if it fails – despite the failsafe which was designed by the same laws – then some cause must be and can be found. In a lecture on “The Primacy of Existence,” Objectivist philosopher David Kelley notes that these doubters do not drive their cars according to the theory that we can never know anything for certain.

(Note the two words, lower case o-objectivist, and upper case. The first is the general rational-empirical method, the scientific method. Capital-O Objectivism derives explicitly from the published works of Ayn Rand and is a modern school of thought based on the objectivism of pre-Kantian Enlightenment )

Also, Lea and Burke gloss over the key problem with doubt: “Physics is an experimental science that prides itself in getting close to reality through laboratory testing of theory.”  What is this reality to which we can get close, but never discover?

To know that we are closer, not farther, requires some test. That test is reality. 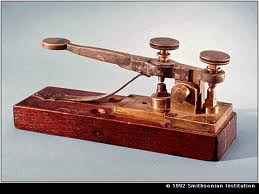 In the history of science, few inventions came from engineering applications of scientific principles. Rather, engineering achievements provided data for theoretical explanation. The telegraphs of the world transmitted our ideas across continents, each click creating a magnetic field that collapsed, inductively broadcasting evidence of our existence into the Galaxy, all a generation before Maxwell.

The best sociology discovers facts, creates theories, identifies causes, and tests hypotheses. As passive description, ethnography is not highly regarded, though it is passionately defended. Passive description is good science – and good description is not passive. We bring our expectations to our observations. A scientist knows to be ware of preconceived notions and to be open to new perceptions. At the same time, the scientific observer often has good reason to seek exactly the phenomenon under investigation. It is not really passive. If only implicitly, certain factors are held constant, while others change. Aristotle’s description of the chick embryo is a paradigmatic example cited as one of the greatest scientific experiments in history. (See Necessary Facts here.)

But sociology knows these facts. Sir Anthony Giddens’s international standard undergraduate textbook, Sociology, has an entire chapter (number 20) on Research Methods with three explicit discussions of experiment. It begins with two discussions of sociology as a science (pp 7-8; and 12-14).

Moreover, in sociology, we enjoy some self-criticism in examining the historical development of our field, from Comte (I prefer Spencer), Weber, Durkheim, and Marx, through to Parsons, Merton, and your choice of pop stars of the current generation. Physics students do not understand their science as a historical development. As Kuhn pointed out fifty years ago, physics is presented whole and complete, without development. No wonder they are surprised by a new explanation of a previously unperceived fact.