Linguistics Debate: What Colors are Your Rainbow? 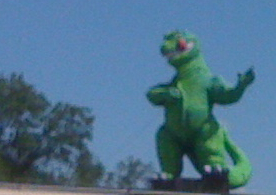 We too easily assume that our Paleolithic ancestors perceived the natural world of trees and sky the same way that we do. However, sensation is not perception. They may well have had the same physiological sensations, but their perceptions were necessarily different because language tells a person what they perceive. Between sensation and perception, the percept is an integration of two or more sensations. That integration is automatic. Percepts are self-evident. They are the basis of knowledge. However, concept-formation is volitional; it is not automatic. (See Introduction Objectivist Epistemology by Ayn Rand.)

“In Japan, people often refer to traffic lights as being blue in color. And this is a bit odd, because the traffic signal indicating ‘go’ in Japan is just as green as it is anywhere else in the world. So why is the color getting lost in translation? This visual conundrum has its roots in the history of language.

Blue and green are similar in hue. They sit next to each other in a rainbow, which means that, to our eyes, light can blend smoothly from blue to green or vice-versa, without going past any other color in between. Before the modern period, Japanese had just one word, Ao, for both blue and green. The wall that divides these colors hadn’t been erected as yet. As the language evolved, in the Heian period around the year 1000, something interesting happened. A new word popped into being – midori – and it described a sort of greenish end of blue. Midori was a shade of ao, it wasn’t really a new color in its own right.” (From The crayola-fication of the world: How we gave colors names, and it messed with our brains (part I) here.)

“The color debate was made popular in large part due to Brent Berlin and Paul Kay’s famous 1969 study and their subsequent publishing of Basic Color Terms: Their Universality and Evolution by Brent Berlin and Paul Kay, Berkeley: University of California Press: 1969.Berlin and Kay also found that, in languages with fewer than the maximum eleven color categories, the colors followed a specific evolutionary pattern. This pattern is as follows:
(See "Linguistic relativity and the color naming debate" in Wikipedia here.)

Those "rules" are debated.  One problem that Berlin and Kay faced was borrowing. People learn new ideas from their neighbors. To take a case in point, consider Hungarian.  Magyar has three native terms for color, but none of them is "red." 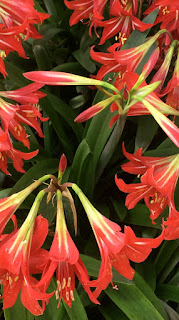 The problem of black and white speaks to growth in vocabularies by differentiation: hyper, hypo; super, sub; friend, fiend; divine, devil. Black and white in Hungarian are fekete and fehér. They are at root the same word, but changed slightly for meaning. We still have vestiges of that specifically with blank (Spanish blanco=white) and black.

ALSO ON NECESSARY FACTS
Profits and Benefits in Foreign Languages
Language and Thought: As You Speak, So You Think
Philologist Sándor Kőrösi Csoma
Accounting for Civilization