I told him how much I wanted to be paid if I was successful.  He locked me in his business on Friday night. …   When he came back on Sunday, I had the solution wrapped and ribboned.

The folks at Code.Org created a video with Bill Gates, Mark Zuckerberg and others, encouraging kids to learn to program computers.  That much is laudable.  Disgracing the video, with an odd anti-capitalist mentality, is a segment by Drew Houston of Dropbox about how much fun it is to be a programmer.  (View from the 3:00 minute to the 4:00 minute mark of this 5:44 announcement.)  Was it the fun of 48 hours in three days to solve a tough problem?  No, it is the fun of skateboarding in the office, playing ping pong, and chatting with your fields.  The segment also touts free food including gourmet cooking three times a day.  But where do these come from, if no one works?  Blank out.  (Firms are not launched with perquisites, benefits, and privileges--but more on that in another post.) 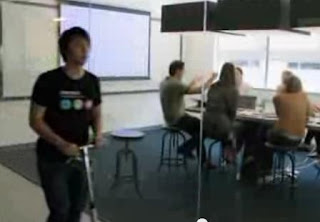 From the 3:17 mark: “… to get the very best people we try to make the office as awesome as possible."  Fantastic chef, free food, breakfast, lunch, and dinner, free laundry, snacks, even places to play, and scooters. “All these interesting things around the office: places where people can play or relax, or goto think or play music or be creative.”

Back in the 80s when the concept of a “Dot.Com Meltdown” was inconceivable on several levels,  working as a technical writer for a software start-up I was paid a salary of $400 per week for a 40-hour week. I would come in on my own time on Saturdays and find most, if not all, of the four programmers there, also.  This was neither the first nor the last time that my co-workers and I at that company or for some previous or subsequent job worked “for free.”

It was not unusual. Computer programming was the quintessential brain work that people did because they loved it.  As well as we were paid, getting paid was a bonus., a secondary consequence.  Thus, hackers created Open Source software and formalized it with the Open Source Foundation.  Unix became Linux and GNU: Gnu is Not Unix.  Freeware and shareware abounded.  Companies made money selling it.  Individuals made money creating it and marketing it.  But we did it because the "fun" - the ecstasy of creation - was in the work. 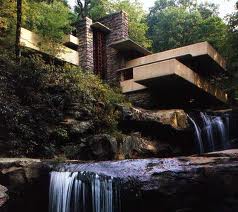 “But first, I want you to think and tell me what made me give years to this work. Money? Fame? Charity? Altruism?... You see, I’m never concerned with my clients, only with their architectural requirements. I consider these as part of my building’s theme and problem, as my building’s material—just as I consider bricks and steel. Bricks and steel are not my motive. Neither are the clients. Both are only the means of my work. Peter, before you can do things for people, you must be the kind of man who can get things done. But to get things done, you must love the doing, not the secondary consequences. The work, not the people. Your own action …”  (Howard Roark in Ayn Rand’s The Fountainhead, Plume edition, 1994; page 604)

Continues below click "Read More"...
(A jump lead walks into a bar.
The bartender says, "I'll serve you, but don't try to start anything.")

A man I knew had two satellite dishes connecting his room of IBM-PC/AT computers to the Chicago Mercantile Exchange and the Chicago Board of Trade.  These feeds did not keep to strict ASCII formats but included their own codes for the listing and trading of commodities: ASCII 26 (control-z) did not mean “end-of-file” but MS-DOS read it that way.  It was giving him fits.  I told him how much I wanted to be paid if I was successful.  He locked me in his business on Friday night. We worked and ate together on Saturday; and he locked me in again on Saturday night.  When he came back on Sunday, I had the solution wrapped and ribboned. Guided by Peter Norton’s tutorial on IBM-PC Assembler, I taught myself to write routines in hexadecimal machine code to trap ASCII 26 and make it something else more convenient.  And I delivered it runnable—and documented, of course. 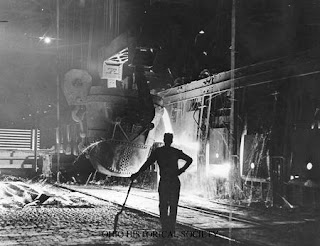 Working for Kawasaki Robotics (on salary), I came in on a weekend and figured out how to connect our Motorola 68000 Macintosh computers in documentation and training to the Zilog 8008 robot controllers in the project lab.  I could upload, download, document, and run.

But I am not unusual and I was not alone.  The computer revolution, the creation of the information age, was the result of a million people working long hours for no money or for tons of it because the money was irrelevant.  The fun was in the work.  We did not need to be lured with skateboards and foosball.  Heck, we broke in to the labs after hours so that we could work.

A telling portrait of those who need "fun" for "fulfillment" comes also from The Fountainhead.

“An open car drove by, fleeing into the country. The car was overfilled with people bound for a picnic. There was a jumble of bright sweaters, and scarf fluttering in the wind; a jumble of voices shrieking without purpose over the roar of the motor, and overstressed hiccoughs of laughter; a girl sat sideways, her legs flung over the side of the car; she wore a man’s straw hat slipping down her nose and she yanked savagely at the strings of a ukulele, ejecting raucous sounds, yelling, “Hey!” These people were enjoying a day of their existence; they were shrieking to the sky their release from work and the burdens of days behind them; they worked and carried burdens in order to reach a goal—and this was the goal. (Plume Ed., 1994. Page 131)

Information systems technologies offer a sublime opportunity to work entirely with your mind solving new problems.  How anyone needs an incentive for that is beyond my understanding.  But that opportunity exists with all work, even ditch-digging because in our society ditches are dug by complicated, powerful and delicate machines whose unleashed powers can easily destroy a man or a building.  But watch one being worked.  The operator is an orchestra conductor.  To call it “eye-hand coordination” misses the emphasis: it is the conscious and intelligent control via the hands of a machine whose outputs are perceived by the eye. 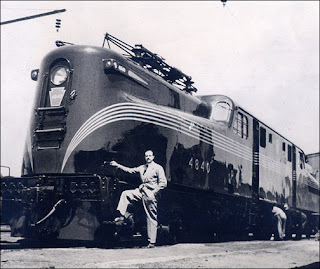 The broad narrative of our society gives the whip hand to employers who offer money in return for our labor, and who threaten to withhold that reward lest we do their bidding.  But that is not capitalism, which rewards creativity, enterprise, initiative, and discovery, and is driven by those who are Prime Movers.  We offer our intelligence, the products and services that were the result of that, to those who bid for them.  But Zuckerberg, and Gates, and Houston never questioned the socialist or feudalist morality that they inherited.

"Thousands of years ago, the first man discovered how to make fire. He was probably burned at the stake he had taught his brothers to light, but he left them a gift they had not conceived, and he lifted darkness off the earth.Throughout the centuries, there were men who took first steps down new roads, armed with nothing but their own vision. The great creators - the thinkers, the artists, the scientists, the inventors - stood alone against the men of their time. Every new thought was opposed; every new invention was denounced. But the men of unborrowed vision went ahead. They fought, they suffered, and they paid. But they won.            No creator was prompted by a desire to please his brothers. His brothers hated the gift he offered.            His truth was his only motive.            His work was his only goal.            His work - not those who used it.            His creation - not the benefits others derived from it - the creation which gave form to his truth.            He held his truth above all things and against all men. He went ahead whether others agreed with him or not, with his integrity as his only banner. He served nothing and no one. He lived for himself. And only by living for himself was he able to achieve the things which are the glory of mankind. Such is the nature of achievement." Howard Roark’s “Courtroom Speech” in The Fountainhed.

The Creative Genius
Far above the millions that come and pass away tower the pioneers, the men whose deeds and ideas cut out new paths for mankind. For the pioneering genius to create is the essence of life. To live means for him to create. The activities of these prodigious men cannot be fully subsumed under the praxeological concept of labor. They are not labor because they are for the genius not means, but ends in themselves. He lives in creating and inventing. For him there is not leisure, only intermissions of temporary sterility and frustration. His incentive is not the desire to bring about a result, but the act of producing it. The accomplishment gratifies him neither mediately nor immediately. It does not gratify him mediately because his fellow men at best are unconcerned about it, more often even greet it with taunts, sneers, and persecution. Many a genius could have used his gifts to render his life agreeable and joyful; he did not even consider such a possibility and chose the thorny path without hesitation. The genius wants to accomplish what he considers his mission, even if he knows that he moves toward his own disaster.  Von Mises, Human Action, "Action Within the World" (1966 ed., pg 139)  http://mises.org/Books/humanaction.pdf

“...bright young men of disheveled appearance, often with sunken glowing eyes, can be seen sitting at computer consoles, their arms tensed and waiting to fire their fingers, already poised to strike, at the buttons and keys on which their attention seems to be riveted as a gambler's on the rolling dice. When not so transfixed, they often sit at tables stewn with computer printouts over which they pore like possessed students of a cabbalistic text. They work until they nearly drop, twenty, thirty hours at a time. Their food, if they arrange it, is brought to them: coffee, Cokes, sandwiches. If possible, they sleep on cots near the printouts. Their rumpled clothes, their unwashed and unshaven faces, and their uncombed hair all testify that they are oblivious to their bodies and to the world in which they move. These are computer bums, compulsive programmers...”Joseph Weizenbaum, Computer Power and Human Reason: From Judgment to Calculation (W. H. Freeman, 1976) quoted in Hackers: Heroes of the Computer Revolution by Steven Levy. (Nerraw Manijaime/Doubleday, 1984).

ALSO ON NECESSARY FACTS
The Genius of Design
Entrepreneurship
Steve Jobs: One of a Kind
Venture Capital
Capitalist Culture
Goofing to a Meltdown