Shifting the Paradigm of Private Security

Private security is fundamentally a business service. If the sign says “No Smoking” I do not care what you are smoking, just, please take it over there. This is different from public policing. Still, the intersecting set of guardian duties continues to drag into private security a large army of “cop wannabes” – those who never could be police officers because they cannot make the metrics; and those who having been police officers do not want to retire from work. Both groups are problematic. The permanent solution is to build a rational model based on empirical evidence that brings private security completely into the markets of business services and out of the public arena. Jane Jacobs delineated two modes of human action in Systems of Survival: A Dialogue on the Moral Foundations of Commerce and Politics (Random House, 1992). The commercial mode of the merchant and trader shares some intentions of the political mode of the guardian and warrior. Honesty and honor are easy analogues, as are the sanctity of contract and the duty of loyalty. Other standards are diametrically opposed. Merchants are open to strangers; guardians are closed. Traders seek voluntary agreements; warriors use force.

According to Jacobs, the political mode is common to the police and army, to charities, as well as to the Mafia, and socialist political systems. Alternately, scientists and farmers share the moral code of the merchant. When the modes cross or mix, then corruption results, as when police officers accept bribes or when businesses get laws passed for themselves.

In her book, Jacobs developed the two lists from their inherent hierarchies. To the trader collaboration with strangers is most important. For the guardian, loyalty is the primary virtue. The list can be re-arranged by similes and opposites. Some have no direct corollaries.

Consider the array of comparative virtues:

What could be changed in private security to make it more entrepreneurial and less political without risking the fundamental responsibility for the safety and security of our clients and their property?

As businesses whose profits come from the difference between the cost of production and the market price of our services, the commercial virtues of thrift, efficiency, and productive investment speak against the rich use of leisure, distribution of largess, and ostentatious displays.

Vengeance is not appropriate to private guard companies. Although warriors and guardians engage in it, the ultimate value is putative, at best. Vengeance is not justice; it is not even retribution. It certainly has no place in the business world where competitors become partners.

Jacobs stressed the innovative and inventive nature of enterprise. The guardian virtues of obedience, hierarchy, and tradition are less salient in business. A certain level of expected obedience defines some of the relationship between the CEO and the Board, as between the line worker and the manager. But those are defined by contract. In warrior groups, any implied “contract” is secondary to the need for obedience. Military units are sacrificed and cowardice is punished. Troops are expected to fight without pay and even without food.

Security guard firms attempt to mimic the warrior virtue of obedience with “post orders.” Unlike the rules of Generally Accepted Accounting Practice, these are not merely instructions, and they are certainly not suggestions. They are called “post orders,” not “post practices” for a reason. That reason should be questioned because it could be falsified with counter-examples and logic.  Obedience and hierarchy might have no more place in private security than in a private dental practice.

Guard businesses also mimic the paramilitary command structure with sergeants and captains, and even majors and colonels. Academic criminologists have questioned whether the police need captains, lieutenants, and sergeants, but unsuccessfully, as the public seems overwhelmingly to prefer the paramilitary model of policing.

Businesses do have supervisors and managers, vice presidents, and chief information officers. And we still have business suits versus “work clothes” separating white collar from blue, salaried from hourly. But in our time, we all tend to dress pretty much alike. (At and Honda, we all dressed exactly alike.)  We certainly do not wear stripes, bars, or eagles – or dollar signs in silver and gold – to announce our rank. This has strong appeal for innovation in private security.  We might dress differently than most other people, but within the firm, rank should be of questionable value.

The most obvious mimicry is the “Class A” police-type uniform. Many firms are getting away from this, though it continues by inertia. Interestingly, in , any copying of police regalia is forbidden by law. That forced the firms there to design livery that at once speaks of their roles and yet does not claim any social status or social territory belonging to the police. It is a good practice.

Loyalty is difficult. We value loyalty as a social virtue. Yet, in our generation, we abandoned any expectation that our employers were loyal to us as, and we reciprocated. But long before our time, employees left their jobs to start competing firms. Tesla once worked for . Fairchild Electronics spawned ’s “Fairchildren” when William Shockley’s vice presidents found him intolerable as a boss. And so doing, competitors still work together buying and selling pieces and parts. The insurance industry depends on this for mutual survival. Macintoshes run Windows. That said, loyalty remains important in context as good business practice.

This raises questions about “exclusivity.” You can claim to be a computer programmer, but you cannot just claim to be a police officer or an army officer. You cannot spin off your own police force or air force, taking your command staff with you. If you do, we call it civil war, not competition; and it is the primary symptom of a failed state. To gain entry to the warrior caste, you have to pass tests. But this is true of many professions, by definition. In any complex, urban society, not just anyone and everyone can whimsically enter any field of enterprise without some validation.


Sometimes you can. Nothing defines what a “computer” is or who is qualified to “program” one. We now have cloud computing, software as a service, and “big data” that is a generation beyond data warehouses. Who is to say?   To what extent that applies to private security is unclear. We display some loyalty and exclusivity when we feel that our firm is better than the competition. We do have licensing and regulation. But generally, the field is wide open to anyone who wants to participate. And security guards move between firms as easily as computer programmers. 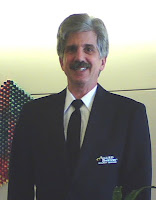 In fact, in my experience, the guards are often constants, forming friendships, while the corporations come and go. Impinging on the “post orders” I know of field supervisors from competing firms who covered for each other in a pinch … and the less said about it, the better. You could not imagine police officers from different jurisdictions doing that, and certainly not border crossing guards. FBI agents in  were willing to let civilians and police be killed during a surveillance, only to pull the operation when their own were exposed to danger. That, however, only underscores the importance of loyalty to a warrior group. That brand of loyalty has no place in private practice.

The mandate to “shun trading” says that you do not sell out for a bribe. For the police the problem might be rooted in a conflict of interest as innocent as pulling over a driver to discover that this is the café owner who gives free coffee and donuts… or a fifth of scotch at the holidays…  Here in as many other places, public police officers work part-time as private security guards. But a sworn officer is never off duty. So, we have ambiguous situations when the client breaks a law. One of the key factors in the deep and corrosive corruption of the New Orleans police force is the reciprocal relationship between bars and the cops they hire as security guards who then can look the other way (or not) when they see prostitution and drug deals. (As a libertarian I can view those with equanimity, but as an intelligent and aware citizen in a democracy, I have to accept that they are illegal and are therefore the business of the police.)  First, they look the other way; then they participate. The rotten apples become a rotten barrel.

In private security, such ambiguities usually work in favor of increased order and safety. It is easier to make exceptions in the interests of the client when only the client's interests are the subject.  I have no problem lending my elevator keys to the building engineer.

Deception is an old and deep strategy known even to fish and butterflies. The police engage deception in undercover operations. They also lie to suspects during interrogations. Secrecy is integral to military operations. However, we object when businesses deceive us, and rightfully so: it is called fraud. Still, businesses do protect their physical and intellectual property; and misdirection, misinformation and disinformation can all be part of that. So, too, would it be perfectly proper for a security guard to use deceit to protect the client or the client’s property.

It might seem that, like the army and police, private security carries out its duties by exerting prowess. This, however, comes mostly from the fact that so many army and police people come into private security because the two areas seem similar, but they are as different as Sahara and , though both have plenty of sand. In fact, rather than over-powering people, the successful security guard gains compliance by voluntary agreement. In many American states, almost anyone can carry a concealed firearm, except a security guard on duty who is not licensed to carry a firearm.  Therefore, in any confrontation, everyone has a gun except me. That brings reason, persuasion, inducement, incentive and compromise.  The goal is to keep everyone safe and secure. And, ultimately, private officers can be armed, even with weapons beyond military grade. We are not limited to government issue.

The warrior values of fortitude and honor have their analogues in the industriousness and honesty of merchants.

We should promote comfort and convenience. Shopping should be easy. By the same token, guards should do whatever it takes to enhance the convenience of their clients.  I had a nice boss, a great guy, who, unfortunately was a retired police officer. He sent a client employee home 30 miles for his ID badge when we at the desk would have been more than happy to issue the same paper badge (with photograph) that we apply to visitors. ﻿﻿﻿
﻿
That leaves fatalism versus optimism. Whereas the trader looks to profit, the warrior expects to die. We do have an investment in optimism. Whereas the police must play catch-up, private security can take the initiative to prevent problems. Fences, gates, and cameras are just the beginning. Unlike the police, we have fewer Constitutional limitations on our pro-active measures. We can – and do – limit speech and prohibit religion. We enforce dress codes as safety measures, regardless of freedom of expression. These measures minimize problems in private spaces. We hope for success and we look to profits as the rewards for such foresight.

It remains that the security guard lives with risks that others are not expected to take. We are constantly warned never to put ourselves in unnecessary danger and are just as often praised for protecting others from those dangers. The livery might be bright green and orange that looks like a soccer team, but the job is the same. One way or another we all wear red shirts. This, then, is the sine qua non, the essence, the bottom line. The service of private security is defined by honesty, and honor, industriousness, fortitude, and fatalism.