The Pretense of Sociology

The Pretence of Knowledge: Of What Use is Sociology?

On the OrgTheory blog Jennifer Lena (bio here) replied with some numbers to Fabio Rojas’s continued complaint that people who do not major in STEM (science technology engineering mathematics) are wasting their tuition dollars because liberal arts majors have no job prospects.  But, of what use are sociology and economics?

True, large organizations hire some kinds of economists, but if economics really were useful, then you could get an associate’s degree in it and find a $40,000 a year job with a local employer.  After all, engineering, science, and technology work that way:  get a master’s in civil engineering or a doctorate in electrical engineering and you are only in a different place than your colleague with an associate’s in civil technology or industrial controls.  But you all have jobs at your level.  With sociology and economics that is not true.  No one (except colleges and universities) hires people with sociology degrees to work as sociologists.  By that standard, it is a useless field. 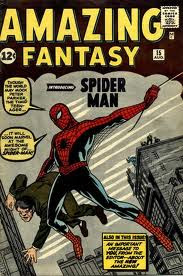 Moreover, Prof. Lena provides survey numbers to indicate that some to many fine arts majors – painting, sculpture, theater, dance – do at least nearly as well as STEM majors, and better than humanities majors at finding work in their fields after graduation.  The close ties between universities and museums, for instance, provides one path.To me, however, the most telling part of Jenn Lena’s work is reflected in the individual comments that show the lack of correlation between how the person feels about their fine arts education and where they are working today.  Whether a lawyer benefited from drama class depends on the lawyer, not the class.

"Those most likely to work as professional artists at some point were majors in design, dance, music performance, and theater. The largest gaps (between those who intended to become artists and have never worked in this capacity) are among creative and other writing majors (28% gap) and architecture (14% gap). Of course, the higher a student’s degree, the more likely they are to work as a professional artist: 86% of those with an arts-related master’s degree do so, compared with 71% of those with an arts bachelor’s degree." ("Paid in Full" by Jenn Lena here.)

Perhaps the bottom line of whether and to what extent arts (and humanities) “pay off” by whatever measure can be derived from the biography of Steve Ditko on Wikipedia here:

Stephen J. "Steve" Ditko (born November 2, 1927) is an American comic book artist and writer best known as the artist and co-creator, with Stan Lee, of the Marvel Comics heroes Spider-Man and Doctor Strange.

Following his discharge [from the US Army], Ditko learned that his idol, Batman artist Jerry Robinson, was teaching at the Cartoonists and (later the of ) in . Moving there in 1950, he enrolled in the art school under the G.I. Bill.

The ultimate question may be what science fiction author L. Neil Smith calls “Asimov’s Fallacy.”  In his Foundation trilogy, Isaac Asimov posited a science of psycho-history whereby the huge numbers of humans in the Galaxy allowed statistical predictions of future events.  The fallacy is that all such numbers depend on the actions of individuals with free will.  It may well be true that 47% of fine arts majors earn 61% less than 79% of business majors, but that says nothing about the success of any single artist … or of those who do not complete their college education at all, such as Bill Gates and Steve Jobs, though granted that the founder of Cypress Semiconductor, T. J. Rodgers earned his doctorate in electrical engineering by inventing MOSFET chips.

No sociologist or economist in 1950 predicted that there would be good jobs in comic books.  Moreover, the modern curricula in computer graphics and web design definitely raise serious questions about the predictive value of sociology and economics.

On this same subject here on Necessary Facts, is The Value of a Liberal Education.