From ancient times in western Europe the 1st of May has been a traditional holiday, often the first warm day of the year. In the 19th century international labor organizers turned it into “Labor Day.” In the old , May Day parades were big events, as they had been with socialists all over the world. Since the publication of Das Kapital in 1867, radical communists, leftwing anarchists, and pale pink liberals all expected capitalism to be gone by May Day 2000. 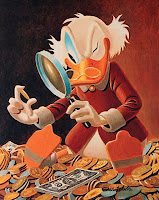 While communism seems to have withered away, Marxist ideas still drive a lot of common assumptions about money, even in .

Numismatic writers have hyped the 1804 dollar and other famous rarities to the point where millions of people believe that anyone can find a rare coin worth thousands if not millions of dollars just by checking their pocket change. Numismatic writers have nutured a myth that anyone can buy a coin today and hold on to it for 20 years and sell it at a huge profit. These errors in the philosophy of wealth stem from communist ideas about money.

In the popular science fiction series, Star Trek, only the Ferengi seem to enjoy money. Star Fleet and the Federation live without it. In fact, in one episode, Capt. Jean-Luc Picard tells a man from our time that in the future, people are more concerned with improving themselves than they are with the accumulation of things. This attitude, from a man in a uniform who commands some people and obeys the orders of others, begs a few questions.

In the absence of money, how does the Federation know whether to open a mining colony or build ships? This question has a moral dimension.  If it is more profitable to harvest subatomic particles, but the Federation in its non-monetary wisdom chooses to build a hospital, the seeming good deed actually must of necessity lower the quality of life within the Federation. That is what money tells us: how much something costs in the only terms that matter, human life.

Money is a repository of human action. Action requires work, which is energy spent over time. Robinson Crusoe alone on his island needed money. He needed to know what actions would maximize his life. Whether and what to plant, whether and what to hunt are economic questions. Enter another person into the equation and money becomes more complicated. You now need money which is an accounting tool for someone else’s bookkeeping. Robinson Crusoe did not need complicated money even when Friday showed up because Friday had made himself Crusoe’s slave. That is the essence of communism.

It is a dichotomy that in our world slave nations have beautiful paper money while Americans put up with boring bank notes. Another way to look at it is that American money really is worth something, so it does not need three-dimensional see-through holograms. Even more, Americans design their own money. We are numismatists, applying theory to practice, when we choose the designs of our checks, or pick a charge card with a nice logo.

The core of American numismatic collectibles are the 19th and early 20th century coins that remind us of an earlier time. Karl Marx’s Communist Manifesto called for the establishment of public schools, an income tax, and centralized banking. U.S. gold, silver, and bronze coins with images of Liberties, eagles, and Indians on them remind us of an earlier time when education, the funding of national defense, and the operations of demand deposit savings accounts were all done differently.

Collectors labor under the burden of a secret guilt: we are greedy. Numismatists such as the curators at the or the Hermitage are supposed to be above these feelings. They enjoy a purity that comes from studying material they do not own. And that may be fine for them. For most collectors ownership rests on pride. 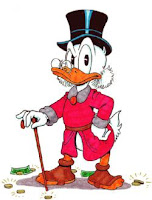 Those who work hard for their money have every right to enjoy the products and services their money can buy.

Yet, even in , we harbor a suspicion that capitalists do not earn their money. Asset management seems more like gambling than it does like driving a truck. That is a communist attitude. Investment banking seems like gambling mostly to people who do not know how to drive a truck.

The attitude that wealth comes from lucky gambling is the root of the fallacy that you can buy the right coin today and sell it tomorrow for more without doing any work.The essence of such sloppy thinking is the quick slide over the word “right.” What is the “right” coin?

Knowing the right coin from all the other tens of trillions of coins in the world today requires a mental effort. It is an effort that the communists have not successfully made. Perhaps in the future they will.