Ayn Rand's essay on “Racism” in The Virtue of Selfishness was unequivocal: racism is the crudest form of collectivism.

Anyone who discriminates among individuals on the basis of anything other than moral character should be shunned.  Ancestry is irrelevant.  Yet libertarians broadly excuse racial discrimination as your right.  It may well be for a libertarian.  To the libertarians, you have a perfect right to use heroin, work as a prostitute, and join a Wiccan collective.  So, for them, racism is just one more silly thing that people do.  They defend it on those grounds.  Objectivists think differently.  For them, rational individualism begins with the law of identity: A is A.  From that absolute, they derive ethics and politics.

Thus, for an Objectivist, racism is irrational and therefore immoral. 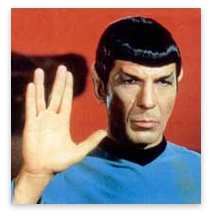 Being immoral racism is anti-life, by definition.  Seldom will you find any self-identified Objectivist defending the irrational as your political right except, perhaps, as a marginalized counter-example.  By the same standard, you have a political right to attend religious services; but Objectivists are atheists, so for them, the question is moot.

However, racialist ideology permeates the entire conservative-libertarian-objectivist spectrum.  Among Objectivists many do argue well against it.  Nonetheless, the existence of racialists among them cannot be denied.  On the Objectivist discussion board Rebirth of Reason, racist “Brad Trun” posted his “libertarian realist” ideas.  He was relegated to the Dissent forum because his posts directly contradicted Ayn Rand on Racism.  The ensuing discussions revealed racialist ideas among several of the strong and regular posters.
On the Rebirth of Reason site, Objectivist Steve Wolfer offered peer-reviewed publications from mainstream anthropology in support of his claims that races exist.  Wolfer was firm – even adamant – that race is not a moral status.  Good people and bad come from all such groups, however defined.  Still, he accepted the existence of races.  He is not alone.  The US Government insists that I must choose a race, though they recently allowed me to select “Two or more” which I do, as I deny the existence of race, except as a social construct among the uneducated.

Remaining uneducated may be your right to a libertarian.  Majoring in criminology, I took many sociology classes, including “Race and Ethnic Relations” (SOC 205) at .  It was interesting.  In the first or second class, one young woman said to a fellow student, “I do not see you as a Black man, but as a person.”  Replied the man with the dreadlocks: “If you do not see me as a Black man, I am insulted.”  We all have a right to self-identification … and a right to worship the moon and do our financial bookkeeping in Roman numerals…  An Objectivist sees the situation differently.

Addendum January 29, 2012
This page has received an inordinate visibility and therefore I want to clarify, if possible, that my classmate with the great hair was only uneducated about race.  We were, after all, in the same class and therefore equally educated.  He chose to identify with his African, not European, forebears.  As a numismatist, I confess that I found the Greeks and Cartheginians of Sicily interesting; and I collected a set of coins from the Hungarian Malcontents Revolt.  Call it ancestor worship; it is not rational.  So, I get the hair. And he had at least one good story:  Visiting Nigeria, people stopped him on the street and gave him money because they thought that he was a holy man; whereas in Detroit, the police on patrol, pulled over and demanded to see his identification papers. It was a cogent point from an insightful campus peer -- and all the more reason for us all to abandon the social construct of race.
Ayn Rand’s essay “Racism” by LibertyPen “C. M. Herdert” narrator here
and a different presenter here
And another speaker here
Printed format excerpts from  “Racism” by Ayn Rand here

“Money dissolves skin colour on contact. The fact that , the freest market in the world, has produced the United Colours of Geek proves it.”—Dan Gardner.
Posted by Michael E. Marotta at 3:55 PM