Al Gore’s An Inconvenient Truth (Paramount Classics, 2006) suggests many questions about basic facts.
From about 20 minutes in to about 25 minutes in, the presentation faltered from confusions of color and graphics. At about 00:20:34 the former US Vice President showed a graph of “temperature” over the past 650,000 years in Red.

I assume that this is Earth’s average surface temperature, but that was not explicit, nor was it explained how he knew. How CO2 was determined is also not clear. During the middle of the Pleistocene there was no US Weather Bureau to read thermometers. So, how do they know, perhaps from fossil trees or maybe from coal or peat bogs? I agree with the apparent fossil record, but it includes huge extinct beasts like the megatherium and glyptodon and little evidence of hominids and their campfires. What caused the end of the previous ice age if not anthropogenic global warming. 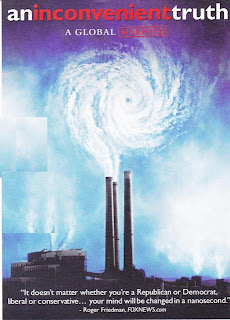 Then the legend changes. The color scheme inverts. At about 21:00 minutes, the display shows 650,000 years of CO2 in Red. Temperature is in blue.

At about 00:21:35 the uncalibrated temperature over 650,000 years is shown together with with CO2. Then from 00:22:34 to 00:22:49 the Red CO2 at our current measure or level or amount goes up and off the scale but the blue Temperature does not. Should not the temperature have increased dramatically by half a degree or more?