The Economic Value in a Liberal Education

On the blog, OrgTheory, Prof. Fabio Rojas has been arguing against indiscriminate college education. His thesis is that college is largely not necessary for the work that college graduates find. The majors in question are humanities and fine arts. Clearly, engineers including computer science majors remain in demand. These comments are edited from and based on my responses there.

Adam Smith pointed out that theology degrees were subsidized and produced little life earnings, whereas doctors and lawyers pay for their own schooling and are rewarded well. So, this is all known.

On the other hand, Mark Van Doren's Liberal Education taught that the full range of intellectual pursuits combined is necessary to the development of a fully competent individual. In the medieval university, the two broad studies were the trivium (grammar, rhetoric, and logic) and quadrivium (arithmetic, music, geometry, astronomy). Today, these are classes in communications, literature, film, art and art history, foreign languages, computer literacy, algebra, statistics, calculus, physics, biology... the entire university catalog.

The first steam engines were not built by degreed mechanical engineers because that college major did not yet exist. The same applies to electrical engineering and famously to computer programming. Community colleges and universities alike scramble still today to offer classes in computing topics that did not exist when professors were freshmen from medical imaging and geographic information systems to website design and mobile applications. (Music is no longer taught with mathematics and physics, as it was in the Middle Ages, though electronic hardware and software offer frontiers of understanding and expression). Yet in those cases, exactly and specifically, broad and deep knowledge bases were integrated to create new technologies.  The  most economically valuable education may be the one that is pursued for its own sake. 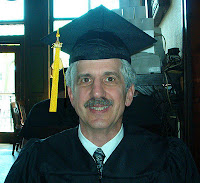 Moreover, as Prof. Fabio Rojas is a sociologist studying economic interactions, I had to ask what value is delivered by classes in sociology and economics. Sales and marketing, and bookkeeping and accounting were and are important and valuable services; but neither sociologists nor economists were ever in demand. Despite the polling and public relations work of Paul Lazarsfeld and Robert King Merton, sociology never escaped from Marxist criticism of our market society. And sociology ends there with no practical solutions to any perceived social problem, except that we should be nice to each other. Do Microsoft and Apple employ hundreds or even dozens of economists from Chicago or Harvard, while hometown pizza and florist shops take on part-time economists with community college certificates? Of course not. 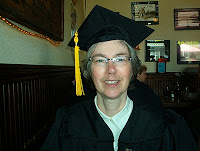 We know from measurable results that police officers with college degrees both make more traffic stops, and yet have fewer negative interactions with the public: they work harder and better. But college classes in criminology do not teach traffic stops or public relations. Something else is engaged.

Alternately, it may be true that only hubris allows anyone to predict today what skills will be demanded tomorrow. Rather than perceiving education as something we pass through as we acquire the sum total of all previous knowledge - a task never really possible even to a medieval apprentice - we recognize the importance of lifelong university engagement. We should look forward to a future where several degrees at every level are the hallmark of a productive intellect - while keeping in mind that neither Bill Gates nor Steve Jobs would have met that benchmark.

Caution is demanded when we speak of “the job market” or “the economy” or “society.” These may be reifications or they may be easy labels or they may be fantasies. Ben & Jerrys, the Mondragon cooperative, the solitary Microsoft Developer, or the person working part time for three places in three different capacities may be outliers or they may be the hidden norm. That is what change is: an unperceived new norm, measurable only after the event.

One complaint from Prof. Rojas, made also by some of the Occupiers in the news, is that the massive student loans can never be repaid from expected earnings, especially from degrees in the humanities. However, over the course of a lifetime, a communications major at a series of low-paying white collar jobs may never pay back the principle and interest of a loan, but still net out more money than working without a degree. Sending Sallie Mae a check for $100 or $200 a month is not much worse than the billing for cable-TV, heat, or electricity, and less than an automobile loan. Second, while it is broadly true that service sector and manual labor jobs pay less than white collar work, it is not necessarily true. You do not need a degree to be successful in sales. (A communications degree would be a good choice.) Third, it is a truism that entrepreneurship pays more than employment, for instance owning a styling salon or an oil change franchise. Perhaps the problem is training people to work for wages rather than for opportunity.

If the college loan program fails – as it seems it may – then, this is merely another bubble, no different from the South Seas or Dot.Com or Housing bubbles … given that the failures are allowed to wash out. Of course, that is not true here, as student loans are not affected by bankruptcy and default. That does not mean that the loans will be repaid, only that the debt will carried on everyone’s books, as liabilities for borrowers and assets for lenders, and not real at all in either case.

Ultimately, education can never be taken away. Thus, we raise the general education level. In previous generations, we taxed property in order to create public schools. But we know that government spending is necessarily a bad investment — and these are often bond issues: the district sells bonds to raise cash and pays them off from taxes. Again, these are apparently massive debts that are never repaid.  Were universal high school or grammar school bad ideas, not worth the investment?


All of the above based on this discussion from Arnold Kling on Economics and Liberty about wasted education, "The Great Stagnation."

Profits and Benefits in Foreign Languages
Education in America: At Least Two Cheers
Anti-Intellectualism in American Life
The Scientific Method