Numismatics: the Standard of Proof in Economics

Hayek, Mises, and Rothbard, and of course Friedman,  for all their passion, lacked any understanding of numismatics.  As a result, their theories wanted facts; ultimately, their predictions and prescriptions were weak.  Sometimes, they failed.
Hayek's Denationalisation of Money relied on Murray Rothbard's flawed monograph, What has Government Done to our Money? which delivered one anemic academic citation on tokens.  Any active coin collector could deliver hundreds of examples of competing currencies, weak and strong, successful and disastrous.

Most people call it “coin collecting” but numismatics is the art and science that studies the forms and uses of money. This includes stock certificates, bank drafts, military decorations and fine art medals as well as coins.  Numismatics is one of the last unregulated markets. In the USA, there are no government licenses or special regulation. There are few college courses on American campuses. Validation, such as it is, is by ad hoc standards of conduct set within the hobby by private organizations: the American Numismatic Society, the American Numismatic Association, the International Association of Professional Numismatists, and the Professional Numismatists Guild. These groups set standards far above any government laws. For instance an ANA dealer can be banned from membership for selling a single counterfeit item, and ignorance is not an excuse. Two complaints - complaints alone - are enough to cost a dealer his membership.  The ANA offers seminars on its Colorado Springs campus. They also provide a range of self-study materials and grant a master’s certificate in numismatics.


Of the perhaps six million Americans who claim to "collect coins" only a couple dozen attend ANA seminars each year.  Numismatists are autodidacts.


That is why academic economists overlooked the very study which tests, proves, or discards their theories.  As a hobby, the engagement is personal, direct, participatory.  There is no standard textbook.  As hobbyists, we allow ourselves whimsy which academics apparently misunderstand.  One of the foundation books about early American copper cents is called Penny Whimsy. The author, psychologist William Sheldon, was a charlatan and thief.  The leading research organization is a club called the Numismatic Bibilomania Society.  Their "journal" is the Asylum.  Their weekly email list is the E-Sylum.  The Paper Money Collectors of Michigan know more about the actual history, forms, uses, successes and failures of circulating notes than any coterie of bankers.  They call their 8-page newsletter The Ragpicker. Their current president, William Brandimore, is also an editor of one of the most authoritative compendiums of United States Paper Money. 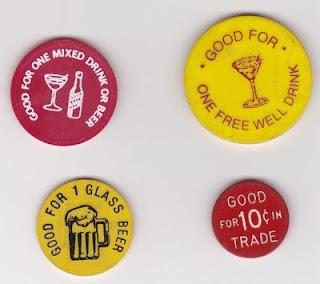 All is not lost.  academic economist George Selgin's work, Good Money: Birmingham Button Makers, the Royal Mint, and the Beginnings of Modern Coinage, 1775-1821, came out in 2008.  He provided a thrilling, yet accurate narrative, backed by citations. His research explains the catalog of facts long known from Dalton & Hamer's The Provincial Token-Coinage of the 18th Century (1910).  The standard compendium for American tokens was Lyman Lowe's Hard Times Tokens (1899), which has been continuously updated by new research by Russell Rulau.  Rulau also edits a more general book on American merchant tokens through the 19th century.

Other specialists have devoted their passions to stock certificates, wildcat banknotes of Ohio, Indiana, Wisconsin, etc., ancient Greek, Roman, Jewish, Turkoman, and Celtic coins, as well as American and Canadian emergency scrip of the 1930s,  and, of course, the full array of U.S. government coins and notes.  From the copper crosses of Katanga to Chinese cash and Siamese gambling tokens, and the rich array of Arab-Islamic issues across 1000 years on three continents, even the monetary uses of woodpecker scalps and cacao beans have been studied and reported in print and at conventions by "coin collectors."  (Conventions feature judged, museum-quality exhibits touting arcane and abstruse subdisciplines.)

Hayek's Denationalisation of Money could have used some evidence.  He relied on Murray Rothbard's monograph, What has Government Done to our Money? which delivered one anemic academic citation on tokens.  Any active coin collector could deliver hundreds of examples of competing currencies, weak and strong, successful and disastrous. 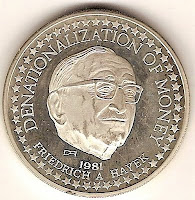 To be fair, numismatists could benefit from an infusion of free market economics.  It is true that our convention bourse floors put Wall Street to shame.  However, I stopped visiting one collecting discussion board when we had a disagreement first over Morgan-Stanley's naked shorts on silver futures, then over coal mine tokens. Some writers found general support for their declamations against greed, profiteering, and the exploitation of workers.  I was left the odd man out for defending speculators and industrialists.  I found that ironic in a hobby that buys and sells money.

New research continues.  Whitman Publishing and Krause Publications release new titles every month.  Their smaller competitors such as Stanton and Money Tree are active as well.  Some of these standard references, known now for 100 years, are sirens - at once lures and warnings - for the limitations of academic economics.