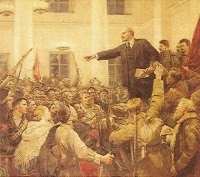 "Some of the best things in life are free
if you can steal them from the bourgeosie!"
To the tune of "Money", last month, I sang the old lyrics for a cashier at the Wheatsville Co-op.

When Bill Ayres and Bernadine Dohrn came to Eastern Michigan University to speak to the New Students for a Democratic Society in 2010, I was there. Bill did not recognize me. He did not really know me even though I was at the Flint War Council, but I was two generations older than everyone else. He seemed to know that he might remember me, but I did not introduce myself.

He was amiable and cordial, as is his nature.  In fact, that is a point noted by my Objectivist comrades in a discussion about recent debate between Ayres and Dinesh D'Souza.  Myself, I guess it is a toss-up because I perceive D'Souza as a mystic, the antithesis of Christopher Hitchens, whom he also debated.  The enemy of my enemy is whatever.

These are the songs as I remember them from the Flint War Council, December 30, 1969. 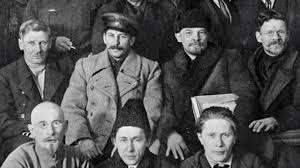 Red Party
To the tune of "Dream Lover"
When we were young we went astray
With no Red Party to lead the way.
Red Party is coming soon.
We kicked the radish out last June*
Because we need
a Party
to lead the Fight
We need Red Party! so we can
learn to struggle right.
*Double entendre:
The social democratic parties of Europe (like the Democratic Party of the USA today) are "red on the outside but white on the inside." (Just ask any Occupier or WTO Protestor.) Weatherman SDS declared itself sui generis at the June 1969 central committee meeting.  Even more here.

Weatherman (to the tune of the Beatles' "Nowhere Man")
He's a real Weatherman
Tearing up the motherland
Trashes banks,  [something else], kills pigs, and everything.
Knows just what he's fighting for:
Victory in people's war
Isn't he a lot like you and me. 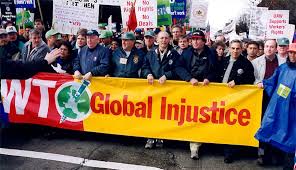 But it was a short-lived romance. When they went underground, I did not.  When the Weather Underground bombed the US Capitol, the New York City Police Command Center, and other targets, I felt nothing. The revolution was over and history left them behind. It was a point made to me in the fall of 1969 when Weatherman attacked Chicago with their "Days of Rage" - another place I was not at that time.  Someone who had been at the Chicago Democratic National Convention in August 1968 asked me rhetorically why SDS was not at Grant Park.  Actually, Tom Hayden and many others were, but not the Weathermen.  As true radicals, they denounced the protests at the DNC as mere reformism and refused to participate.  So, they held their own party, a year later.

After Ayres and Dohrn spoke at EMU, I wrote two letters to the editors. One was printed in the Ann Arbor News.  The other ran in the Eastern Echo.  I reminded them that they had been terrorists and had not retracted their positions.  Ayres's memoir Fugitive Days was published immediately before September 11, 2001, which was bad timing; and his publication tour was abandoned. President Barack Obama was ten years old when the Weather Underground began its campaign of terror. By the time he entered college, the party was over and the veil of history had softened the edges of propaganda by deed.
Posted by Michael E. Marotta at 7:36 PM