Money as Press and Speech

Just as coins spoke the language of politics in ancient , industrial , and the of the antebellum era, paper money also carried political messages.  The notes of the American colonies in revolt announced “American Congress / We are One” and “Mind Your Business” and “When it is over, then we will rest” (Cessante Vento Conquiescemus) and “Issued in Defence of American Liberty”. The $40 note of 1778 honored “Freedom of Speech and of the Press.” 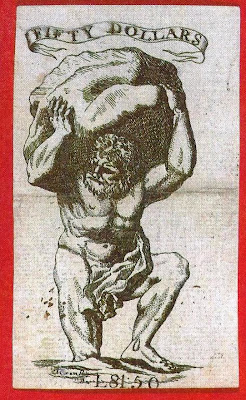 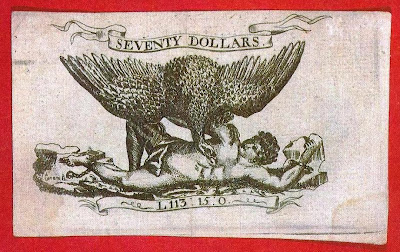 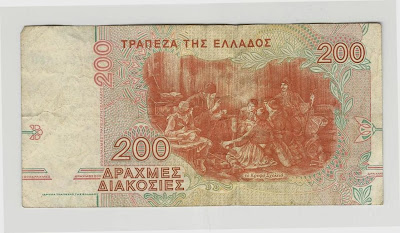 10 Forint Hungary 1969 (series of 1957)
Sándor Petőfi participated in the 1848 liberal revolution.
He is considered Hungary's national poet.
Wikipedia here
He also appears on the 50 Pengo of 1932.

Independent Bulgaria's first printing press
on the back of a 50 Leva series 1992
honoring Hristo Danov who was "the Bulgarian Gutenberg"
after liberation from Turkey in 1878. 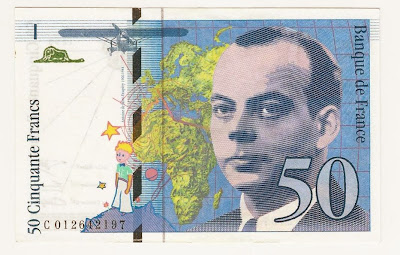 Antoine de Saint Exupery on the back of a 50 Franc 1993.
The author of the whimsical Little Prince also wrote about his experiences
as a mail pilot in Night Flight, and Wind, Sand, and Stars, and other books.
A friend of Anne Morrow and Charles A. Lindbergh,
Saint Exupery returned to France in 1940 to fly for the Free French.
He was shot down over the Mediterranean.

PREVIOUSLY ON NECESSARY FACTS
Money is Speech
Money as Speech and Peacemaking
What is Literacy?
Start the Presses!
Republican Rebels

Email ThisBlogThis!Share to TwitterShare to FacebookShare to Pinterest
Labels: freedom of speech, freedom of the press, literacy, Money