The first tyrants were rebels: self-made men on the rise in the archaic Greek world 700-500 BCE.  They replaced kings just as the parallel invention of coinage replaced cows for money, and philosophy replaced religion, and published writing replaced public speaking.  Tyranny led inevitably to oligarchy and then to democracy.  In 514 BCE, at , Aristogeiton and Harmodios assassinated the tyrant Hipparchos making way for the reforms of Kleisthenes in 508 that created democracy.  Since then, rebels have been republicans.
﻿﻿﻿﻿
Julius Caesar and King George III were both denounced as “tyrants” not “dictators.”  The dictator was a constitutional office in , a leading citizen chosen to take command during a crisis.  The most famous was Cincinnatus, the farmer who returned to his plow after soldiering for the republic.  In his name veterans of the American Revolution founded the city on the .

In our time, the dictator came and went with fascism.  We have forgotten how popular fascism was to the Progressives of the late 19th and early 20th centuries: it promised a unity of business, labor, arts, and sciences under the coordination of the government.  Even those who opposed it thought it would work.
﻿
The world suffered Stalin, Hitler, and Mussolini; Atatürk, Franco, Metaxas, and Perón; and still others.  Major. Gen. Smedley D. and Prescott S. Bush plotted a “Wall Street Coup” against the New Deal, itself a form of American fascism.  On March 21, 1933, the Michigan Legislature passed the McNitt-Green bill, granting Gov. William Comstock “dictatorial powers” (literally) over banks and then later over insurance companies.  Gov. Comstock had the good sense to turn them down, but it was emblematic of the times.  The democratic republic was considered dead as civilization was submerged under nationalism and socialism. 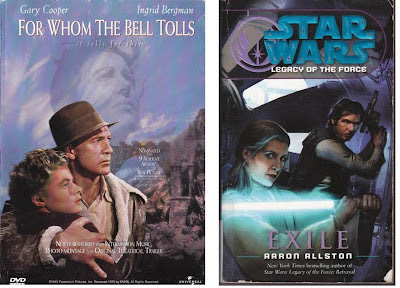 Today, the Democratic Party and the Republican Party are nearly indistinguishable as President Obama continues the domestic and foreign policies of the former Bush administration.  Where now are the republican rebels?

Perhaps resistance comes not from different politics but from abandoning political power entirely.  By its nature, it allows no plurality: once we vote - or the decision is made for us - there is no minority choice.

In the marketplace, your preference does not prevent your neighbor's equal right to any other decision -- or none at all.  I have never seen a Super Bowl, even though over 100 million Americans enjoyed the previous one.

We all have the same President.  Only one Congressman serves my district.  One school board argues with itself and the public over what children should learn -- and are failing to learn.  Here in Austin, a 1% city sales tax provides the only bus system.  "Political choice" is a contradiction in terms.  If there is a "res publica" a "public thing" it is the agora, the marketplace, where all choices are supported -- and where None-of-the-Above is always your right.